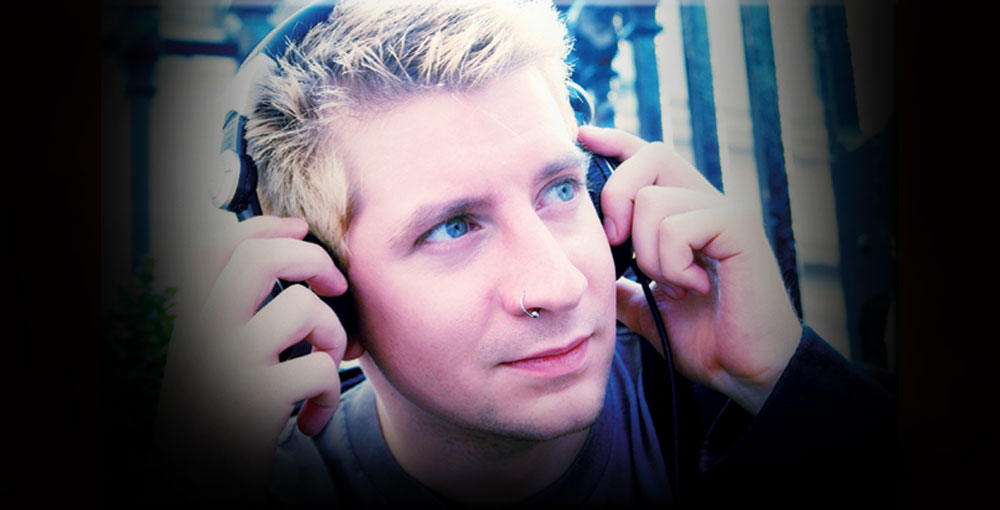 What got you into DJing?
I guess I got hooked when I was about 15/16 in the early nineties when groups like Prodigy and Shamen were going strong. I started picking more and more dance compilations until gradually I wanted to get my own decks.

How did you get your foot in the door?
I did a CD of my own tracks on an Atari computer, and sent them in to a magazine for keyboard users called Future music. After they put one of my tracks on their covermount CD, a then infant Nukleuz records called me in for a meeting. We got on really well and started to work together. I worked with Nukleuz for a few years before moving on to other projects.

What advice do you have for an up and coming DJ?
I think the thing is really to try and put as much time and energy into your career as you can. You will attract people to want to book you by being an enthusiastic, friendly person who loves music.

Are there any DJ skills you have yet to master?
I would say absolutely, I am learning constantly as I’m sure every DJ would say they are.

Where’s the strangest place you have ever played at?
There was a gig I did up north that some clubbers had hired a sports hall for their own personal use and booked me and Andy Farley. We thought we were going to get kidnapped!

Is there any venue / night you want to play but haven’t yet?
I’ve always loved Amnesia in Ibiza so a gig there would be on top of my list.

If you organised a music festival who would be your headline acts?
I would want to hear my all time faves such as Chemical Brothers, Fluke, The Prodigy, Underworld and other acts like that.

Do you prefer playing festivals to clubs?
Festivals have a great vibe and is a really good experience, but clubs have advantages such as they won’t get washed out by the rain and you can play different sorts of music. Festivals tend to be very anthem based and people can wander from tent to tent, whereas clubs can be more focused environments.

If you weren’t a DJ / Producer / record label boss what would you be?
I’ve been doing this since I left college so I’ve not really had to consider anything else, but I’d like to work on movie soundtracks or something like that.

Who do you really admire in the dance scene?
I really like lots of different artists in dance music that range from Prodigy, Paul van Dyk, Sasha, Hybrid, Leftfield, Fluke and Chemical Brothers to name a few. All have influenced me over the years and continue to do so.

Do you plan your sets, if so how?
The only planning I do is to write a list of tracks that I can choose from during the set, I find that very useful.

Is there one particular point, or one particular tune you can remember dropping that really sticks out in your mind?
My remix of We come one at Es Paradis in Ibiza a couple of weeks ago went down a storm!

Name 3 things you couldn’t live without…
Oxygen, food and water!

Tell us a secret about yourself!
When I was a teenager I walked out of Woolworths with a bag of pick n mix I hadn’t paid for. All other secrets are staying that way!

Where do you see yourself in 10 years time?
I would like to think I would be cruising round Monte Carlo on a speedboat having just won a million at a top casino… But I’ll probably still be in an east London studio writing banging music! Although I would like to live in Australia for a while, so maybe there.

Marmite…Love it or hate it?
Hate it, lots!