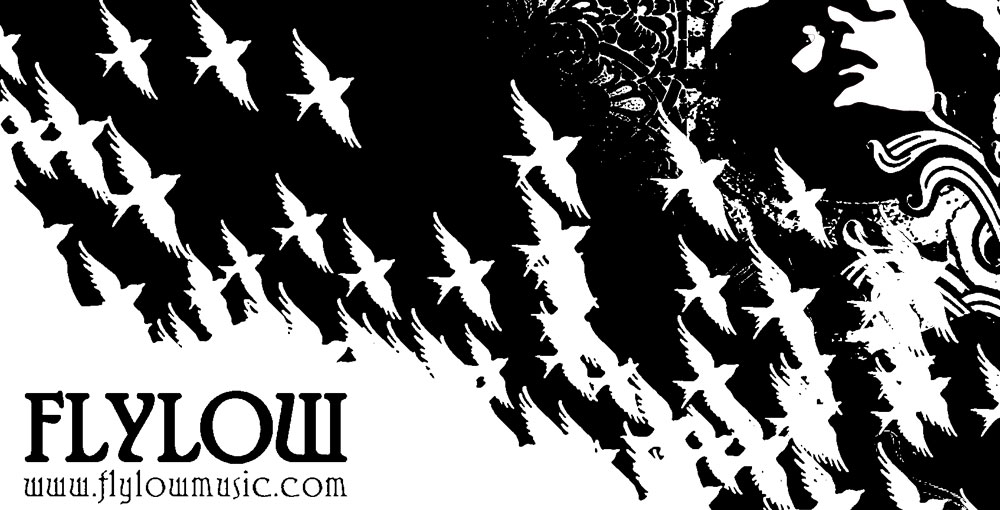 Flylow… How did you come up with the name?

How long have you been playing for?

LUKE: With this line up 6 months, and before that as Flylow we have played for 1 ? years. Before that about 6 years.

How would you describe your music style?

What makes you unique?

PAUL: I think that’s a difficult question to pinpoint, it is us four, we are unique, that makes us unique.

Who has influenced you?

How did you all meet?

LUKE: Jay we met as our older drummer in a former band had a drugs problem so we decided to kick him out; Jay seemed to be the perfect guy for the job. Both Paul, and Marko we new already for many years.

Do you all live in Finland?

PAUL: At the moment we are staying in Birmingham whilst we are touring. Everybody lives in Helsinki when we are in Finland.

What’s the best crowd you have ever played too?

LUKE: We played in Poland in front of 22,000 people at this festival which was wicked. There was rows and rows of people, when we walked on stage they all started screaming. It was dark, it was outside so we couldn’t see anyone. Then they put the lights on and their was people everywhere.

You’re currently touring for your new album, what’s it called and when is it out?

PAUL: Its called Bridges and it is out in UK beginning of May as a download.

Where next touring wise?

LUKE: Next we are going to play at Camden, then we have 3 gigs in Germany at the beginning of April and will be returning to the UK in June. Next stop…The World!

Has anything funny, embarrassing happened to you on stage?

PAUL: In the summer we toured here and played at Ashton Court festival. For the guitar solo I climbed the PA stack to play my solo their and it fell down. I was scarred shitless but everybody told me I didn’t miss a note, I don’t believe them though.

LUKE: The next day we played another festival, I always used to jump on the monitors all the time, and the monitor just moved towards the edge of the stage and then tilted in the third to last song. I fell down into the crowd. I broke my finger and broke my guitar pleck. I climbed back on to the stage and actually missed just one vocal line. I climbed back onto the stage and tried to tune the guitar. PAUL: He was as pale as a ghost, bleeding, with 2 songs to go. LUKE: I tried to use the finger and it didn’t work so it was straight to hospital from there…People just cheered.

LUKE: Internet has been a big change to new and merging bands. Also I think that nowadays there are more bands, and sometimes labels don’t give you the kind of chance you need. We are lucky we have the backing from Parole records, a kind of label which gives us a good chance to do what we want. If you don’t get an instant hit then you are basically dropped from the record label…That is a pity because if you think of old great bands like Pink Floyd, David Bowie, Led Zeppelin, they went instantly big, they became big because they had the backing of people for quite along time.

Is being part of a band something you have always wanted to do?

What’s your personal favourite track that you have written yourselves?

LUKE: At the moment we are writing all the time getting new material for the second album and I think the new is always fresh, therefore the best.

Where do you think you will be in 10 years time?

LUKE: Either in Hollywood by the pool or in a mental hospital.

What advice do you have for new bands?

LUKE: Just don’t stop do what you do, no matter what people say. If you believe in yourself and what you do so much, and stand by your words you will succeed. Also remember it is hard work, its not just drinking whisky on stage and enjoying the company of pretty girls. That’s why so many bands break up in the beginning because it’s the real life, they are like “This is shit”. There is so much to do besides being on stage. Even if you reach higher levels then the work just starts. If you really love it, do it for real and don’t stop for anything. If you really want it, work hard, get it, then appreciate it.

Marmite…Love it or hate it?

LUKE: Love it! I guess last time I ate it I loved it but right now I just need a beer.

PAUL: I’m not fussy about food at all. I guess if someone gives me a marmite sandwich, I’d eat it.