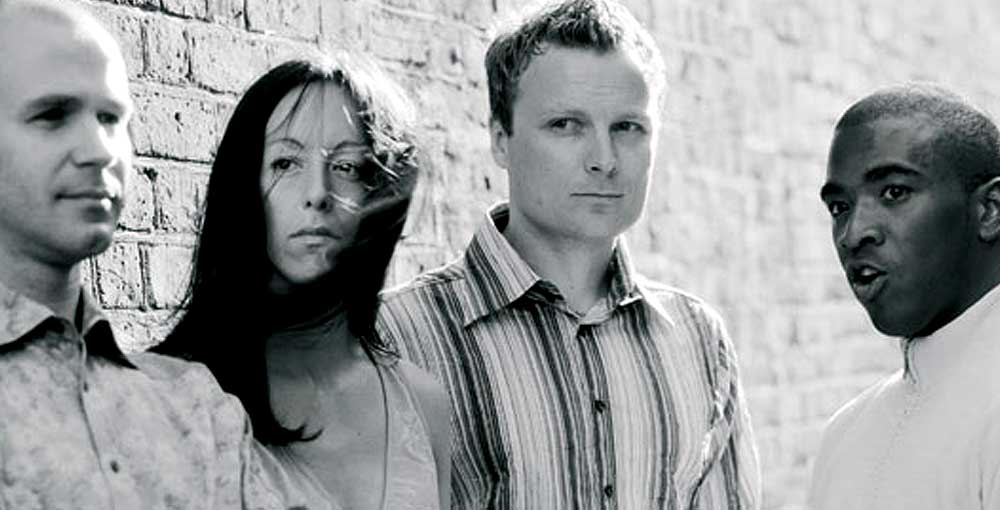 How did you get into the Drum and Bass Scene?

ALEX: We started in the scene before it was called Drum n Bass. Drum n Bass evolved from techno, rave, house and hip hop of the late 80’s and early 90’s. We were out there doing it back in the late 80’s. Me and Jay went everywhere so we was just part of the dance scene that eventually became raves, and what spawned Drum n Bass. That’s how we got into it, we were there from the start, helping make it!

You have been making tunes for ages now, how do you think your style has progressed over the years?

JAY: I think it’s progressed in the quality of production really, I think our music 10 years ago had the same sort of ideas in it and samples. But really in the last 10 years just the production side of things and technology side of things has made it a lot easier, quicker and better to make music.

What do you think the future has to offer to Drum and Bass?

ALEX: A lot of it is going to have to come full circle, Drum n Bass keeps reinventing itself, other things keep on happening. Right now it’s quite hard and pumping on one side and quite ‘liquid’ soulful on the other, but I’m sure there will be other styles that are going to come through. So the future for Drum n Bass will be a rebirth of what’s already happened, mixed with something new.

Your track “Walk This Land” was chosen to be the theme track to Lock Stock & 2 Smoking Barrels‚ How did you manage such a great achievement?

JAY: With pure luck really. Walk This Land‚ was on a compilation that we put together called ‘Storm From The East’, which featured artists from this area. The guys who made the movie Lock Stock, the producer Matthew Vaughn and Guy Ritchie the director really loved that CD and they really liked Walk This Land‚ so they chose to use that track in the movie. They didn’t give us any money to start off with because it was a low budget thing but fortunately the movie blew up into something that was really massive so we got paid.

That must have been a huge step in your career, how did this change things for you?

ALEX: It took us round the world a couple of times and that was really good. It took us to a level where people who liked Walk This Land but hadn’t heard our other music could check out all the other things we had done as well. It helped us cross over to other markets, the student market and various other areas. It pretty much made us, helped us to get to where we are now.

What other projects have you on the go at the moment?

JAY: We are currently working on our new E-Z Rollers album which will be out in 2007. We have also put together a live band to record this album and go out on tour when the albums released.

Who do you admire in the Drum & Bass Scene?

JAY: If I had to say I admire anyone it would have to be the DJ’s that were there from the start. Fabio, Groove Rider, Bryan G, Frost, those kind of guys who were there before Drum n Bass. They were doing the orbital parties back in 89, they were doing the warehouse parties in 87 & 88, and they’re the kinda fore fathers of the scene. They created it, so they are the people we have always admired and continually been at the cutting edge of the music. They are the people that take the music to where it is now, which is worldwide.

What’s the best gig you have ever played at?

ALEX: There is one that sticks out in my mind. That’s the one we did in Finland, there was only about 300/350 people, but they were losing it, proper fucking losing it, the decks were right on the dance floor, the people were there, and people were just like falling over the decks man, just falling over the decks. The mc gets on the mic and he goes “Can you dance on the dance floor and not on the Technics”. That was the best one!

JAY: I’ll always remember the big ones like Glastonbury or Brazil playing to 30000 people!

Do you still get nervous before playing to big crowds?

JAY: I wouldn’t say we get nervous as such. You get an adrenalin buzz, you get hyped up. With the crowds like it is tonight here in Norwich, You get that atmosphere that carries you through.

What are your 3 top tunes of all time?

What’s the most enjoyable thing about your job?

ALEX: Definitely the appreciation you get on a good night out. There are not many places where you can go to work and if you’ve done alright they stand and cheer and whistle and shout your name and what more. So that’s definitely the best part with out a doubt, just DJ’ing.

If you weren’t involved in the music industry, what do you think you would be doing right now?

What do you get up-to the weekends when you’re not playing out?

JAY: we’re in the studio all the time in the week, so we just get away from it, something quite! Cook some good food, drink some good wine and kick back!

What’s the most embarrassing thing that’s happened to you?

ALEX: I really wanted to do Kung-Fu, and my mates all went up there, about 13 of us. And the next week they all said “Yeah yeah we’re all gonna go up there” and I was the only one that turned up. So I was in the room with like 30 people I didn’t know and I’m trying to stand how they stand right, with your hands forward and I was trying so hard, so hard, so hard, it was dead quite and I farted! The instructor said “OOH, someone is holding a little bit too much Chi”.

Tell us a secret about yourself!

JAY: I hover on my day off.

ALEX: I’m on the run from the Russian military.

Where do you see yourself in 10 years time?

Marmite, Love It or Hate it?