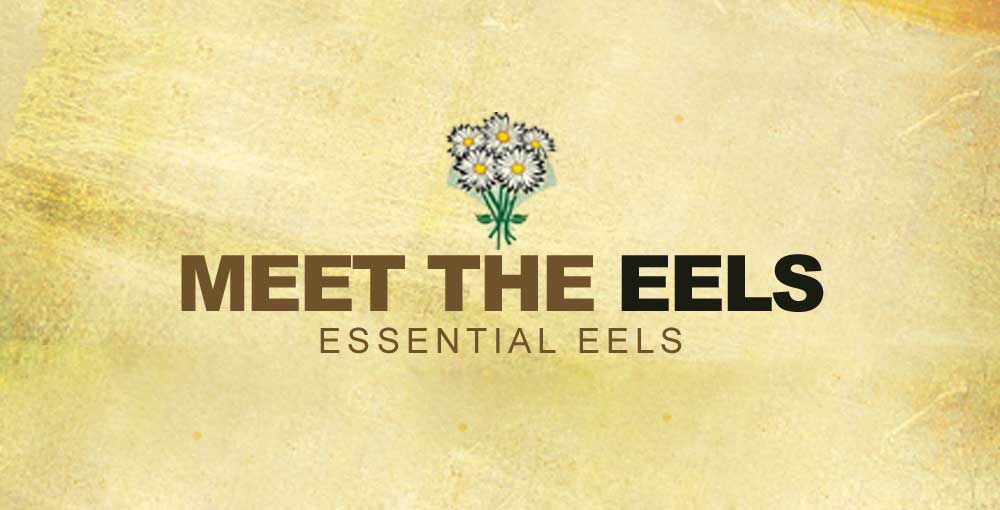 “You have to rank Everett alongside John Lennon and Kurt Cobain, that’s how good he is” – Sunday Times. With quotes like that this man surely needs no introduction. We caught up with Mark Everett who was enjoying a much needed time out after finishing his book “Things The Grandchildren Should Know’.

The Student Pocket Guide | The Eels Interview by Sonia Bentley

How did the Eels come about?
Hmmmm… that was a long time ago! Well I put out a couple of records just as E and I kept getting lost in the newspapers, so I decided to add a few more letters to it… I formed the Eels, just to keep it more interesting. I’ve worked with various artists and friends over the years producing new sounds and throwing myself into new situations. Once I played my four track song to a guy from a wanted ad and he told me it was “too uncommercial!”

Why the name the Eels though?
My manager at the time thought the name should start with the letter E so that “Eels” sounded close to the records I’d already put out as “E”; it didn’t turn out to be a good idea as there’s a whole bunch of Earth Wind and Fire and Eagles records between the 2! Well, Eels sounds very different from Earth Wind and Fire, so we’ll let you off… Hopefully you will.

The Eels have been together now for 10 years, you must have some tales to tell us?
Countless… That’s why I wrote the book.

You father was a brilliant physicist – why did you not take that path?
I didn’t inherit his gift for maths at all, but I was very interested in music from an early age.

Who is it that you wanted to protect? (I’ve read somewhere you’ve compared yourself to that of a ‘mama bear’…care to elaborate?)
Well, it was really just a song about growing up and feeling manly feelings… (laughs)…

Your songs are featured on many sound tracks – what’s your favourite film out of them all?
It’s hard to remember them all. I like American Beauty and Shrek – wow, I need a list of all of them…

Your song ‘Mr E’s beautiful blues’ is featured in the film Road Trip, about a group of crazy students who manage to blow up a car and steal a school bus. I’ve always wanted to steal one of those yellow buses… What’s the craziest thing you have ever done?
Nothing to that extent, I went through a juvenile delinquent stage in my early teens, yes, but…

Your new “Best of” album has recently been released; are you planning to release any more albums or are you having a break now for a while?
I’m feeling a little exhausted after the Blinking Lights album. I felt I needed to do something to get perspective on what it was all adding up to and where I was at!

You’ve been through a lot of turmoil in your life so far, and when reading your book it was extraordinary finding out about the amount of hard work you’ve put in. It was great knowing the thoughts behind some of your songs too. Do you feel you’ve achieved everything out of music that you set out to or are there more tricks up your sleeve?
I feel like there’s a whole lot more, who knows, I may get to write a volume two to my book… you never know!

After all the emotional events that you’ve been through over the years, how do you cope?
Well if it wasn’t for my music, I don’t know what I would have done. I would spend all my spare time writing music, locking myself away in the basement recording new songs on my 4 track for 2 weeks at a time.  I never did anything except work and write songs – I had no social life to speak of at one point. I once spent 2 weeks at a meditation retreat that my ex-girlfriend told me about – the famous Susan! That was an experience, taught me a lot about myself – oh and not forgetting I met a new girlfriend!

Do you have any wise words for any budding acoustic guitarists?
Why only acoustic… Why not plug in an electric and rock out once in a while? I’ve never tried an electric guitar… Oh you should – you’d love it! So you’re saying to branch out onto other instruments… Yeah why not?!

How has your music evolved over the past 10 years?
Well I’m just always trying to get better and keep myself interested.

You new book, “Things the grandchildren should know” came out this month in the UK… nicely named after one of your songs…
Yeah, its on the Blinking Lights album, I did an interview on a French tv show about that song once and she asked me if I had children – I said no – because I don’t, and that I was going to go straight to the grandchildren! She didn’t quite understand it was a joke!

I noticed a comment on Amazon about your book, saying “It’s a constructive way to deal with so much loss in your life”. Would you say that’s a fair comment?
Oh that’s a nice comment, kind of – if there’s a message in the book than I guess that’s it, the reason I wanted to put it out is I thought it might be inspirational for a clueless directionless kid – that you can be clueless and directionless and live through a bunch of tragedies and still make something of yourself.

Did you release a song in 1985 called “Bad dude in Love”? Can you tell us more about it?
This was just a demo song…

Give us the low down on MC Honkee – There’s a lot of speculation that this is in fact you?
No! People keep saying that and it drives me crazy… Oops I hope I haven’t driven you crazy… He was our opening act on our 2003 tour and now everyone thinks that I am him. There’s lots of speculation on the Internet about that… well the Internet can sometimes be like a bathroom wall…

What is your most personal favourite song you have written?
I don’t like to pick favourites, you know the old cliché that a songwriter’s songs are his children – I don’t want to make my children jealous of each other! I don’t want to hurt ones feelings ya know?! Is there a song that you would perhaps class as your most emotional song? I don’t know, there’s probably several I can get choked up on.

Do you have any cool tour stories to share? Well you know what they say – what happens on tour, STAYS ON TOUR… OK, say no more!

Is it true your nickname “E” came about as you have many friends called Mark?
Yes… (Why not choose another letter, like “Z”?) Well you know it was kind of a natural progression because it’s my last name, it kinda chose me!

I’ve had a good look through your photographs on the Internet… one thing sprung to my attention – your beard. You had one hell of a beard at one point… what’s it like at the moment?
It’s shaven at the moment, but I’m wearing a prosthetic beard on top. Okay and why is that? Why not… good point!

Lastly… the famous SPG question: Marmite… love it or hate it?
I don’t even know what it is… explain. It’s a yeast extract we put on toast. It doesn’t sound too great, but I guess I should taste it before I offer my opinion. Well we’ll have to give you some Marmite when you’re over in the UK… I’m looking forward to it!!!