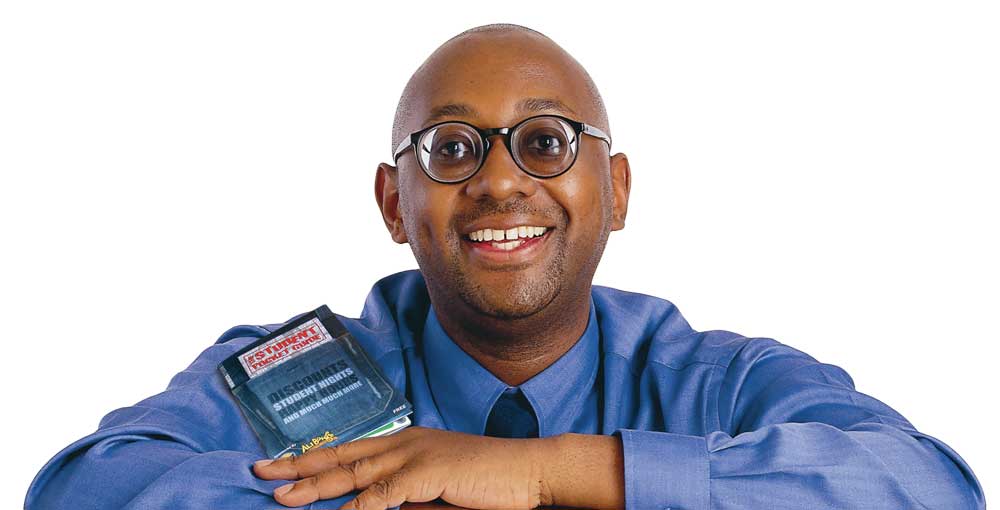 So Howard, it was lucky to get an interview with you, you’re very busy, what have you been up lately?
During last year I’ve been on a Road show around the UK visiting Halifax and Bank of Scotland branches, meeting colleagues and customers.

Is it true you worked as a cashier before becoming the official Halifax man?
Yes I worked in the Halifax branch in Sheldon and then applied for the company’s Search for a Star in October 2000 and, as they say, the rest is history!

What did you have to do to win?
In the audition I had to sing to Tom Jones Sex Bomb, which at the time had been a recent hit.

A bank cashier to a TV icon, wow. How has this affected your life?
It’s made a big change, just after the ad went on air the branch was packed with people wanting to meet me!

Everyone from students to OAP’s use Halifax, what’s your funniest memory from being behind the counter?
It has to be after the first TV ad went on air and seeing my manager’s face as the branch was inundated by people queuing up to get into the branch to see me!

What is the best thing about being The Halifax Man?
Being given the opportunity to do so many fantastic things – filming TV ads in South Africa and California, having a waxwork made of me, releasing a single for charity and meeting so many interesting people.

Having now been involved in TV / Showbiz does acting interest you, and do you see yourself doing a lot more TV work?
If the opportunity came up for me to do other TV work I would have to consider it – I really enjoyed being in the Christmas special of The Office and meeting Ricky Gervais was fantastic.

If you could be part of a duo for a new advert who would you choose to do it with?
It has to be Lenny Henry.

Name 3 things you couldn’t live without…
It has to be my partner and family, my music and Liverpool FC.

Tell us a secret about yourself…!
I’d love to present the Premier league Trophy to Liverpool FC.

Where do you see yourself in 10 years time?
That’s a very difficult question, because 10 years ago I could never have dreamt of being where I am now! Who knows what will happen in the next ten years, I just hope that my family and myself are happy and well.

Marmite…Love it or hate it?
Love it!