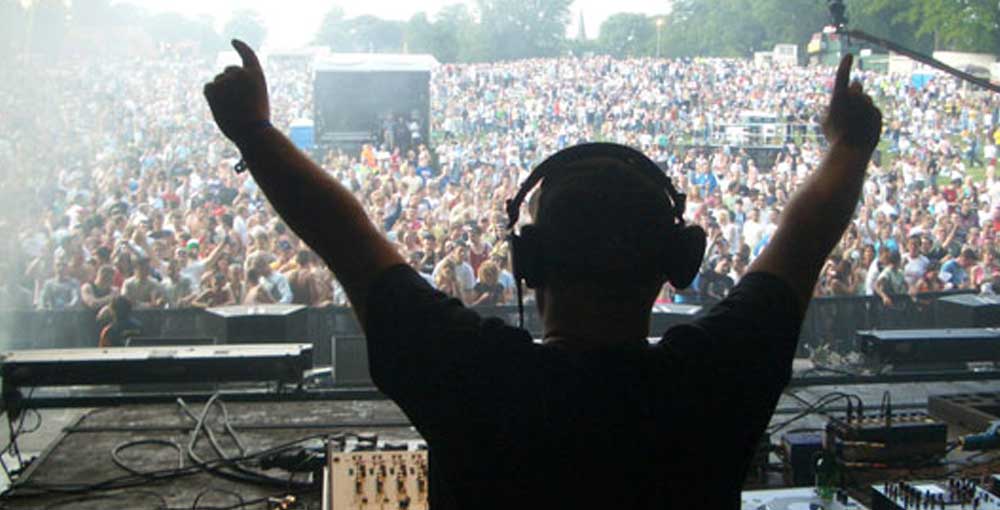 Dave Pearce is one of the UK’s most in demand DJs – known for his euphoric style of uplifting trance and hard dance – with the odd trademark anthem thrown in. He currently hosts BBC Radio 1’s Dance Anthems on Sunday nights at 7pm and has had a prolific career in the media and music industry. Dave Pearce has been a pioneer and innovator in both music and broadcasting, presented radio shows on both sides of the Atlantic, hosted TV shows, written for national newspapers, compiled an award winning movie soundtrack, achieved sales of over 1m compilation albums in the UK, created one of the UK’s most successful dance labels (NuLife), and hosted one of Ibiza’s most popular club nights for the last 6 years.

How did you get into DJing?
I got into DJing I guess because I was the guy at school who was always buying records. When it came to anyone having a party I was the guy with the tunes so I ended up playing them and it just started from there.

You were running a pirate radio station at just 16yrs. What is your opinion on pirate stations now?
When I was doing pirate radio there was very little music choice and only a few radio stations in the UK, there are now around 350 plus, we did it because nobody was playing the music we liked. Having said that in London there is one quite good pirate dance station which I’m glad about because London should have a dance station. It’s ironic that pirates came off the air in London as we were granted a license for legal dance station Kiss in 1990. This then got taken over by EMAP in later years and no longer is a dance station.

You weren’t playing long on Kiss fm before you were noticed by the BBC. How did this change your career?
The move to radio1 changed my career because it took me to a national audience, I had quite high profile shows in London.

Which tune would you most like to remix?
I’d like to remix a track by Kate Bush because she’s got such an interesting voice and I can imagine it working well in a trance arrangement.

What is the craziest request you have ever been asked to play?
I get asked for weird things all the time, probably the most recent weird request was Motorhead by a very scary and very drunk student at a uni gig. Fortunately he passed out after a while, not sure if he ever made it home. Funny old world.

What is the best memory you have from being on the decks?
One of the best memories I have is doing the Millennium Dome in London for Ministry of Sound in front of 55,000 people at midnight.

Have you ever been DJing and something has gone terribly wrong?
Things do go wrong, usually it’s the monitors don’t work or the decks are jumping. My worst nightmare was probably when I did a club in London and the whole sound system went down and they couldn’t fix it.

Have you ever played a premixed CD and pretended to mix…honestly?
No I haven’t actually but I’ve often wondered if people would notice.

Which crowd do you most enjoy playing to – Country or club wise?
Each crowd is different… N Ireland is very good and obviously Ibiza.

Your favourite track?
Too many to mention one of my faves is Delirium – Silence.

How many records do you own?
About 20,000. I’ve given away about 40,000 records over the years to charity shops and just kept my core tracks.

How many caps do you own?
About 40 caps.

Are you still running NuLife records?
NuLife is currently inactive, we were a victim of the Sony BMG merger, all though we were having hits I couldn’t make the figures work.

Why not?
Single sales dropped so low as a result of people doing illegal downloads. Now that the legal download sites are working a bit I may be tempted to bring it back.

What advice do you have for up and coming DJs?
Up and coming DJs should concentrate on a particular style that they really love and be prepared to do lots of work for nothing, it’s how we all started.

Is there anyone you can see breaking through into the dance scene who will have impact?
I really like what Kutski is doing at the moment in the Hard Dance / Hardcore arena.

How can you see the dance scene changing in the next 10 years?
Dance music continues to evolve it will keep moving and twisting…who knows but I’m sure it will be great.