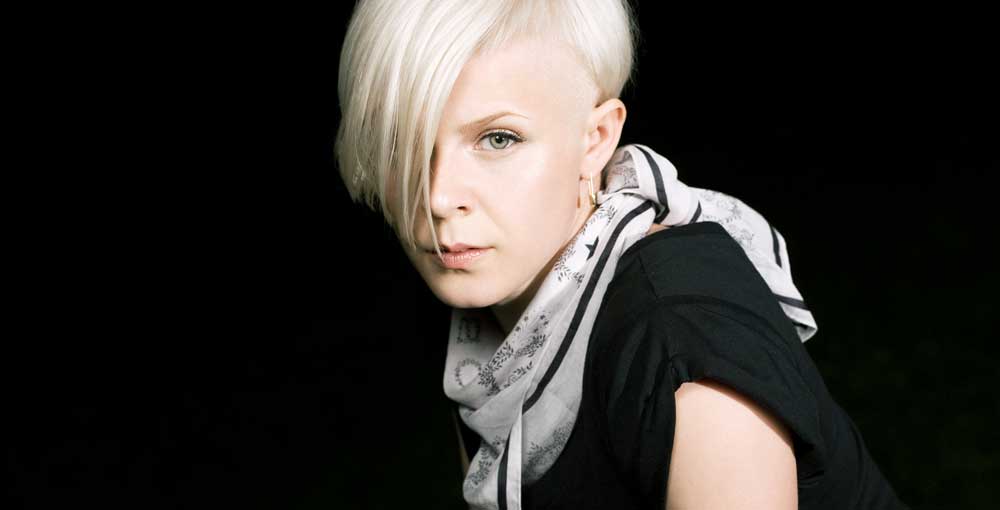 This is Robin Miriam Carlsson, that’s Robyn to you and I. Stockholm born, this pint sized pop singer / songwriter star is responsible for dispersing the best collection of three minute modernist pop statements onto the planet right now. We managed to catch a few valuable minutes with her during a break in her busy calendar.

What was it like to have such a huge amount of responsibility on your shoulders at the age of 14 when you were originally signed by BMG?
At the time I was happy to release an album and record the songs that I had written. I don’t think that it was a great amount of responsibility at first and I don’t believe it ever was. For me it was more a question about my independence as an artist and being able to decide for myself what I wanted my career to be like.

Who were your musical influences when you were younger?
Everything that my parents listened to whilst I was growing up, from Kate Bush and David Bowie to The Police. Then things that I got into later were like Michael Jackson, Cyndi Lauper, Prince, Madonna, Neneh Cherry…and then later it was Hip Hop music and I liked people like Biggie Smalls and Snoop Dog, lots of different artists.

For the first 7 years of your life you toured with a Swedish theatre company with your mother and father.  What was it like touring, and has that influenced you to be the person you are?
Yeah definitely, my parents have been one of the biggest influences on me. Growing up around them, watching them work together, with other people, and being in charge of this theatre company was, well, I wouldn’t say inspiring because I didn’t look at it like that when I was a kid, but it definitely shaped me and it shaped the way I lived, performed art and music, and how I chose to change the course of my career as I was growing older.

What’s it like being on the road a lot of the time as a band?
I’m always on the road with my band and we were in Europe two weeks ago. I played in Berlin, Amsterdam, Brussels, Holland and Cologne. I’m going to do some shows here in the UK and then I’m going to the States to do shows in New York, San Francisco and LA. But the album is out basically all over the world right now and for me it’s important to be able to tour well; I’m doing promotion for the album so that people get that perspective of my music as well because I think it’s something a lot of people don’t connect to a pop album, and for me it’s an important part of what I do.

You have been the biggest female artist in Sweden for the past 10 years which is an amazing achievement…Do you have any other achievements you are working towards?
For me it’s always been about making music and doing what I enjoy. I’ve never had a goal to be the biggest female artist anywhere. Yeah that’s how it is in Sweden and that’s really nice, I’ve been able to have a career there for the last 10 years but at the same time it’s not something I’ve been consciously working towards; it’s just happened naturally and that’s how I look at all of the things I do. I just want to make music.

How does it feel to have topped the UK charts after so long?
What happened when ‘With Every Heart Beat’ was released in the UK was amazing. I am really happy about how the UK audience embraced that song and the whole album. I have been very lucky that I have been able to come here and start my own company and do exactly what I did in Sweden. Not having to compromise anything on what I wanted to do with this album was a really a nice thing, I am very happy about that.

Your hit single “With Every Heart Beat” is a fantastic track; I found a lot of people could relate to the lyrics of the song. Was the inspiration for this track from a real life experience?
When I was writing that song I was working with Kleerup the producer, and he was breaking up with his girlfriend at the time. So I decided to write the lyrics about him and his girlfriend actually.

Which is your personal favourite track from your album?
Be Mine.

You have a very unique style…How would you describe it in your own words?
Pop music.

How would you say your style has developed over the years?
I’ve always made pop music and that’s what I do. But of course as you get older you figure out who you wanna be and I’ve been able to shape my situation with my record company into something that allows me to be in more control over what I do and go deeper into the process of finding out what kind of artist I am, and what kind of music I want to make. For me it’s developed into something more mature.

How do you wind down?
I go home back to Stockholm and see my friends and family.