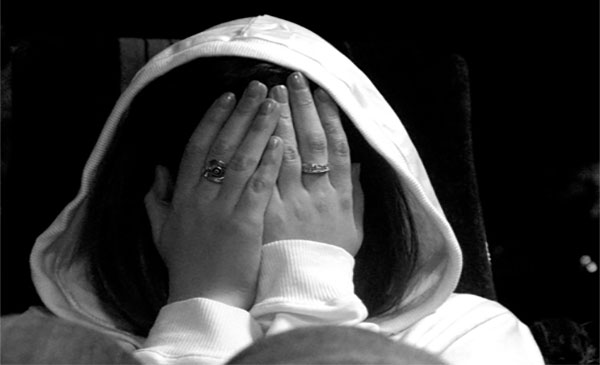 Nice to meet you Mrs Gibson

During my second year at college I had been dating a girl for about two months and things were going well, really well. Nearing the end of the first term her parents came up for the weekend to visit and naturally wanted to meet me and I thought the time was right to meet them too. After spending the afternoon with them, strolling through the city getting to know them some more they took us both out for a nice meal in the evening to a really posh restaurant. I was trying all evening to be on my best behaviour and generally to make a lasting impression. Whilst we were waiting for the main course to arrive my girlfriend’s mother gets up and heads to the bathroom and a couple of minutes later I excused myself for the same reason as I could feel a turd brewing. Due to being caught up in the moment on how well the evening was going I accidentally walked into the ladies bathroom without thinking or looking at the door and headed for the nearest cubicle. As I pushed open the unlocked door just about ready to drop my load who should be sat on the toilet seat in front of me with their knickers round her ankles; her mum. I stood there completely frozen for what felt like an eternity with neither of us saying a single word to each other then I simply pulled the door shut and calmly walked away and into the male toilets. When I returned reluctantly to the table a few minutes later, my girlfriend’s mother was already sat there looking rather sheepish and rarely looking up. I am still with the same girl now and this incident has never been brought up…

Adam B, from Leicester

A few years ago, a friend and I both joined the HND Graphic Design course at the Norwich School of Art and Design. We were both single and excited about the prospect of loads of new ladies, and with in minutes of our first lesson we’d both spotted a stunning girl sitting to the right of us. The desks in the class room were sectioned off with partitions for some reason but it meant the lecturer at the front of the class couldn’t see what we were doing. We were both trying to catch the girls eye but it wasn’t working so we got bored and gave up. As the lesson went on my mate was doodling on a piece of paper and tapped me on the shoulder to show me a caricature he’d drawn of our new lecturer. It was brilliant and I instantly laughed, but as I did, a slug the size of King Kong’s finger shot out my nose and down the front of my top. My mate instantly let out a high pitched laugh which got the attention of the girl we were trying to impress, along with a few other people. I couldn’t believe it. This girl was wetting herself. I had to wait, bright red, with the bogey on my chest while my mate went to get me some tissue from one of the toilets. The whole time the girl was chuckling away. Unsurprisingly, I never did pull her.

When I was in my second year at College. I lived in a student cul de sac. There were seven, six bedroom houses and everyone got on brilliantly. We used to freely wander in and out of each others houses and no one was bothered. This however led to pranks. Mainly between me and one other lad who lived two doors down. It all started when he used to sneak in to my room when I was asleep and pour small amounts of ice cold water over my face and then hide when I woke up. I never knew what was going on. It’s a horrible way to be woken up. When I found out it was him, I sneaked in to his house while he was asleep, and shaved a bald spot off the back of his head (monk style). He went days without noticing it and wasn’t happy at all when he found out. He swore revenge but I wasn’t going to let my guard down. I got a lock fitted on my door so that he couldn’t get in.I thought I’d won as nothing had happened for weeks. Two weeks later we had a house party and I was getting pretty hammered. Little did I know That every time I went to the toilet the little git was pouring laxative in to my beer. I was chatting away and showing of when suddenly, without warning I shat myself. Not just a little bit. A full on pony! I legged it to the toilet to clean up but it was carnage. Before I could do anything I needed some clean pants to change in to. I waddled through a crowd of people to get to my room only to find that the little bastard had locked my room and hidden the key. He made me wait 15 minutes while he told everyone before he gave me it back.

What a dick head!

When I first started college I moved in to the halls of residence a week early to try and get to know a few people before the start of the first semester. I wasn’t the only one with this plan because when I got there the place was nearly full and straight away I was chatting with a load of other lads, who all seemed pretty cool. We all knocked around together over the next week, getting pissed and checking out the night life. On the Saturday night before I went out I gave my self a fresh Crew Cut and had a shave, ready to hit the town and check out the ladies. After about an hour of knocking back shots I was sick and went home to bed. I spent most of Sunday in bed nursing my hang over and mentally preparing myself for my first day of college. The next morning I felt pretty edgy but luckily the guy I shared a room with was starting the same course as me so at least I didn’t have to wonder round on my own looking like a lost Lamb. We got to our first class and sat down at one of the desks. A few rows back from us there were two girls sitting giggling and pointing at us. I nudged my room mate to let him know that we were being checked out, but before we could do anything our Lecturer had turned up. “We’ll catch up with them when there’s a break” he told me. During our new Lecturers introduction I was surprised at how much they were giggling. My room mate had a massive smirk on his face and all of a sudden I felt paranoid. I started feeling my back for “Kick me” stickers but nothing was there. At break time we went outside for a fag and about a minute later the two giggling girls came out. I said hello and they said hi, whilst almost wetting themselves laughing. My room mate was now doubled over laughing and just before I could ask him what was so funny, one of the girls said “Did it hurt getting a tattoo on your head?”. It turned out that whilst I was comatose on Saturday night, my room mate had very skilfully drawn a huge cock and balls on the back of my head in permanent marker. And he was a bloody good artist. When I finally saw the back of my head in a mirror I was amazed at how detailed it was. I was so embarrassed. Not only had these two beautiful girls seen it but I’d walked through town to get to college and spent the first hour of the day in huge crowds of people whilst we were looking for our class. My room mate gave me a hat out of his bag and I shook his hand and declared a prank war. Even though I got him back, I never managed to come up with a prank as good as that one he pulled on me.