Pixie has talent to burn, stunning good looks and the voice to back it all up. A modern day pop star at just 19 years old, she has been singing for as long as she can remember. The last 2 years have seen her astonishing rise to fame including 2 UK number ones, a platinum selling debut album and a host of awards. The SPG knew it was time to get up close and personal with the London lass.

How were the MTV awards? They were wicked. I was really happy because I wasn’t expecting to win anything. I was just happy to be there – I’ve watched that show every year and it was great to be with so many talented people. When I found out I had won I was over the moon!

Is it a bit weird for you being 19 years old and hanging out with Jay-Z and others at all these parties? Does it seem a bit surreal? Erm… I suppose it does. I’ve always known that I’d be doing this because it’s what I’ve wanted to do forever. I’ve gone to these award ceremonies since I was about 15 so it’s kind of fine but I do get a little bit star struck with certain people – like Beyonce. I was a little bit taken aback by her.

Do you bring your friends from school to these parties and do you still keep in contact with them? My friends from school are amazing. Whenever I have days off I go and see them straight away. I try to invite them to as many things as possible… like tonight. But sometimes it’s hard… I was in Germany for the EMA’S and they wouldn’t have been able to get out there. 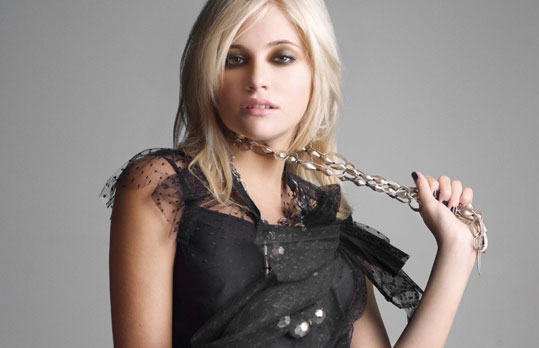 How do you deal with fame? What are the pressures involved? I don’t really get phased by anything and I don’t think about pressure because what I’m doing right now, I’ve just got to think about enjoying it because I love it so much. Sometimes it does get a bit crazy when I’m doing so much and I’m so busy but I’m not going to complain because I’m very grateful. Definitely the hardest thing about it is that I miss my friends so much because they are amazing and I don’t get as much time to go out with them.

How do your friends react to your status? My close friends don’t really name drop but there are people that have started to text or call me whom I’ve never really spoken to before. It’s nice that people are congratulating me and being nice but sometimes it’s a little bit weird.

You broke through on your own and did it all yourself. What do you think about shows such as X-Factor? Do you think they offer an easy route to stardom? I think it’s amazing people can just go on a show and automatically have millions of fans and loads of viewers, which is great. I think it’s just two different ways of making it; and I’ve always had something to strive towards and worked my own way up, I wrote my own music and have kind of done it my own way. Obviously the competition is hard. There’s a lot of pressure so it depends what way you wanna do it. It suits different people I think. If I got really old and I hadn’t made it then I would go on X-Factor because it is a way to get up there.

You played Switch live recently… How was that? That was great – I love doing any live shows when I’m with my band because it’s a massive sound. The reason I do this job is because I love performing and love doing the live shows. So that was amazing and there were some great people on the set list. 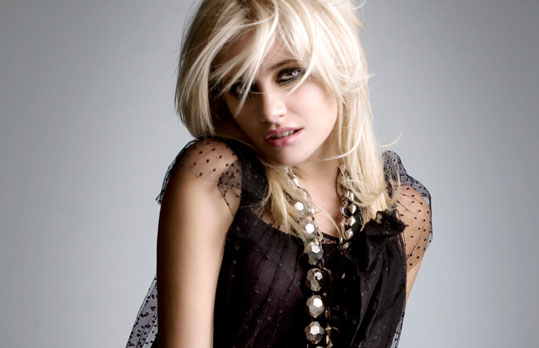 What is it like playing to the younger audience? They are amazing. The young audiences go crazy! I did a Girl Guides gig at Wembley and, honestly, I think they deafened me it was so loud!

What did you do to party when you went to number one with your first single? There used to be a club in Brentwood called ‘The Sugar Hut’ which I used to go to, but it got burnt down. It’s being re-furbished so hopefully it will reopen soon. There’s another club on Fulham Broadway which we went to instead. Obviously that was my first week of being released into the public eye, so I forgot about the whole paparazzi thing. It was all over the papers the next day. I’ve definitely learned from that.

Can you not party away and forget about the paparazzi? I’d love to do that but sometimes it’s hard. They’ll catch shots where I look ridiculous so I have to be careful.

I saw your set last year at V Festival. It was really good! So how was playing V Festival… Weren’t you on before Tinchy? Yeah you’re right actually… good memory! It was amazing playing V Festival because I had been the previous year (in the crowd) and camped in a tent and absolutely loved it.  And I had no idea that I would be performing there the following year. To be on the other side to the audience was amazing. I really wanted to camp and be in the tents again but I couldn’t because I’d probably lose my voice and stay up all night.

So are you going to go and break America now? That’s the plan! I went out there to do a showcase and that went really well. And I love America so I can’t wait to spend more time there. I was also there in January to do some more promotion which was very good.