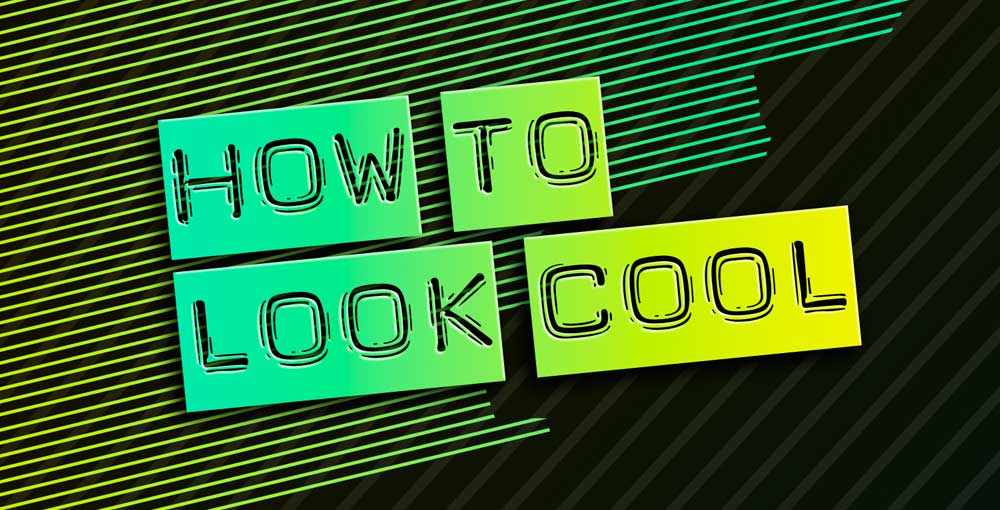 How cool are you

Feeling a bit as though with the New Year should come a cool new you? We examine… WHAT IT TAKES TO BE COOL.

Looking firstly at the attire: Lads, you stroll around town wearing cheeky-tees not dissimilar to those donned by Bristol’s finest JLC. Or at this time of year a vintage, oversize Teenage Mutant Ninja Turtle’s sweater from yesteryear. You’re much less likely to wear t-shirts or jumpers your mother has bought you. Girls, you’re not afraid to disobey the style gospel as according to Cheryl Cole. In fact, you actually quite enjoy throwing caution to the Cole and could practically write your own style bible.

With new people, you subscribe to the idea of likeable until proven sh*t-bag. That is to say you initially consider the sales assistant at the other side of the January sales to be probably a great person. It’s only when they refuse a refund on your Christmas jeans ‘without the tag’ that they themselves get hold of a tag: sh*t-bag. You’re the type to hold open doors for everyone, (except that sales assistant) and normally wear a smile.

You converse with Stephen Fry and Neil Buchanan from Art Attack on Twitter; sometimes you even multi-task and order your cinema tickets at the same time. Whilst you’re watching the subsequent critically acclaimed but didn’t-make-the-pages-of-heat, low-budget brit-flick you drink Homer-Frijj and eat Sushi. You’re sometimes tempted by the pricey pick ’n’ mix, but wouldn’t be seen dead eating the faux-Smarties.

You listen to music, call, text, email and feed your dog using your iPhone. And while you don’t have a clue who Joe McElderry is – you love nothing more than digging out great records and bands from your mum and dad’s music collections and are proud to have introduced them to Elbow three years ago.
As a people person you spend very little time at home over the summer. Instead you’ll be bar-b-queuing at the beach and freaking out in festival fields. You’re the one that remembers the ketchup, and the wet–wipes.

Last time you watched an episode of EastEnders was Christmas day ‘97, when Aunty Jean insisted it was on. She soon fell asleep and snored: which is something you definitely don’t do. You can’t remember the characters because you didn’t care. Also, you were about seven. You do, however, watch The Mighty Boosh, Never Mind The Buzzcocks and, Gavin and Stacey – but preferred the first series, when ‘no one’ else watched it. Further to this, you do mean Bryn, Ness and Pam impressions. You’re working on the rest.

You are something of a part-time athlete. You wouldn’t necessarily give up your weekend for your game, but when you do step up to the plate – boy do your opponents know about it! You’re a modest type though, and maintain that your friend’s ability to name every one of Westlife’s number one singles in reverse order – is just as impressive as the double hat-trick you’ve just put away.

You’re dependable. When something is asked of you, you normally come through. However, you won’t give up your big night with your buddies. And you’re knowledgeable; but you couldn’t name every member of Westlife, let alone their number one singles – in reverse order.

…More than any of this you actually don’t care much for how-to-be-cool guides and you’re super-excited to see that Bradley and Stacey are making another go of it. Here’s to being yourself in 2010!