Fresh from his acclaimed and applauded assault on the festival circuit this summer, The Student Pocket Guide talks to the man of many talents… Plan B.

Let’s start by talking about the album (which went platinum). How did you celebrate?
It was my brother’s birthday so we were altogether having a BBQ. It was beautiful weather and I had all my mates there with lots of alcohol. The label sent some champagne too so it was cool. 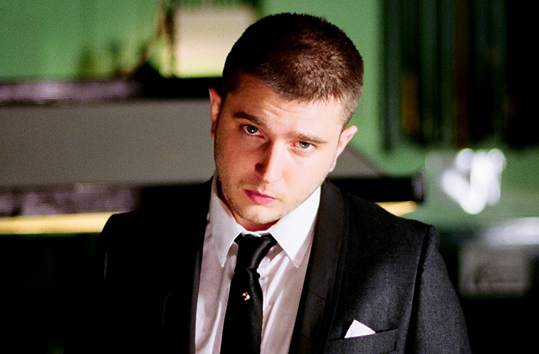 I want to ask you about the transition in sound. It was obviously quite a conscious thing, did you feel pressure to do this from the label or was it a decision you took independently?
There are a lot of cynical people out there who think as soon as something is successful it must be some genius at the record label, some mastermind that used me as a puppet to sell records. If there really was someone like that I’d like to meet them. I think I’m that person. One day I’ll own a record label and only someone like me should have the power to do that. I write my own sh*t and I write it from the heart. This is a soul record that was uncompromising just like my first record. The way everything has happened wasn’t pre-meditated, it wasn’t planned, it’s just happened naturally. I set out to make a hip hop record which I did but I made it about a soul singer. I decided that when a soul singer was speaking with his own voice, it should be represented by soul. At first this hop hop album had a couple of soul songs, then the soul songs grew and it ended up being this 25 track album which is half hip hop, half soul and the two styles of music just grated against each other. I was the star of the show, I guess I was Strickland Banks and I was the narrator and you couldn’t distinguish between the two until I split the albums. My ambition was to sell the 2 albums together, to have a hip hop album which was the story of Strickland Banks narrated by Plan B and then the soul album which was the story of Strickland Banks told in his own words. This was a way that I thought the label could have songs to promote the album on the radio and my original fans would also kinda have something, but the label didn’t wanna do it like that. They just wanted to focus on the soul record because that’s the record they understood. I’d be a fool to force them to put out a record that they wasn’t gonna push properly. The compromise was that if they split the albums, I get sole copyright of my hip hop album. I think that’s the best place for me to be putting music out, independently. The way I make hip hop, it’s never going to be played on radio because it’s too raw. There’s no point in a major label pumping loads of money into it because it’s never going to sell enough for them to make their money back. I might as well make hip hop the way I do on my own label, independently and try and sell small units. 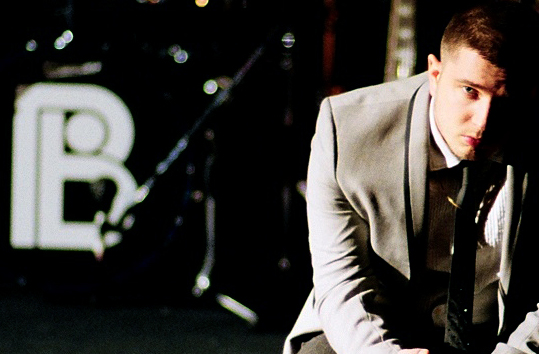 What’s the next record after this?
‘Ballad De Belmarsh’. I doubt I’ll be getting main stage at festivals with it but it’s something I wanna do just like with ‘The Paint It Blacker’ mix-tape. It was very underground. I think ‘Ballad De Belmarsh’ will be like that as well. For me it’s like I’ve created this story; if you want you can find out more about it and if you don’t just listen to the songs as if they’re pop songs, catchy hooks. My ambition is to make a film, a hip hop album and then maybe write a novel and a West End musical, who knows?

So it’s clearly a massive concept!
Yeah this is just the start. We’ve started really strongly but for me, the whole project is a failure if the hip hop record and film don’t come out. It’s a future plan and it’s going to take a while. 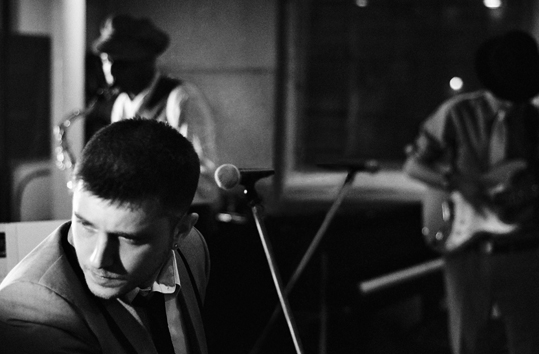 You’re very busy what with the acting as well…
I only got into the acting to direct and I learnt what I needed to learn on the film sets in order to be a director. I shot a short film and I shot ‘The Pieces’ music video for Chase & Status. The short film that I shot in 2008 has helped me get a feature. I’ve written a feature off the back of that film, it’s called ‘Ill Manors’ and I’m going to shoot that in September. Making music is easy, I enjoy all types of music and I just want a challenge. The challenge for me is incorporating the story so it can be music on its own in a traditional sense but then it can also be more. Why do people watch ‘The Wire’ or ‘The Sopranos’, it’s because it’s an ongoing story so I figured why doesn’t anyone do that in hip hop? That would be something that I’m interested in hearing and buying. If every song was a story and you had to wait for the next instalment, I’d love that!

At a festival you get the live reaction, but in terms of films you make, appear in and write, the reaction comes a lot later.  What do you get the most satisfaction from?
The films last forever, where as the gig lasts for just that one moment. They are a very different kind of buzz. I guess you don’t appreciate the gigs as much. You do on the night but then the next day you’re onto the next one. When you’re on a tour you’ve got to focus on the next gig and get the last one out of your mind. You can’t sit back and relax.

It’s clear to see you have got a long term plan. What’s coming up for the rest of the year?
I don’t wanna just put a load of pop music out there; I wanna put records out there that people grow up listening to. That’s the kinda music I wanna make because that’s the effect music had on me. I’ve also got to focus on making sure that my voice is as strong as it can be because I feel like a brand new singer. I’ve only just found my voice and I’m starting to learn. Some songs are inforceto; some kinda sung more from the stomach. I don’t even know the technical term for it. I feel performance wise, especially if you go to America, they don’t take no sh*t over there. They don’t look at rawness as a quality. When you go over there you’ve gotta be the best and I think I’ve still got a long way to go.