Not so long ago, Patrick Chukwuem Okogwu Jr. was writing verses in his bedroom. These days co-manning Glastonbury’s main stage with the hip-hop God Snoop Dogg is more this man’s scene. Step forward Tinie Tempah.

Tinie Tempah – You’re only 21 years old but it seems like it’s been a long time coming, a lot of hard graft?
I’ve been doing music properly for about 5 years now. I shot my first D.I.Y music video in 2006 for a track called ‘Wifey’. After that I hooked up with my cousin who became my manager. We set up Disturbing London Records and that’s when we shot ‘Hood Economics’ and ‘Tears’. We were spending a lot of money on music videos but they weren’t really getting past a certain stage, so in the January sales of 2009 I went and bought a shiny red JVC camera for £150. I started filming behind the scenes stuff; I’d go to people’s video shoots and do a little bit of filming. I’d film a couple of gigs and then I started posting everything on my blog. Before you know it the record labels got in touch, I got signed, made ‘Pass Out’ and here I am. 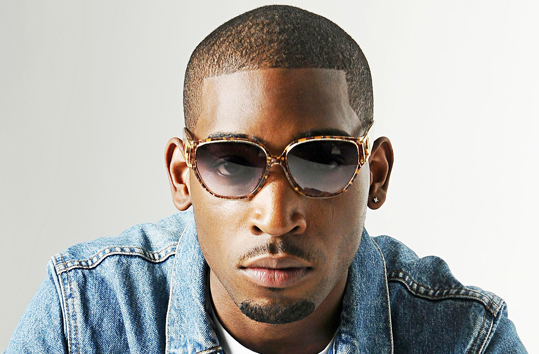 So rolling up your sleeves and getting stuck in is the best way to do it?
Yeah, in terms of the D.I.Y it’s always good to have a level of understanding of how music and the industry work. How records go from coming out of a studio to being packaged, distributed, going on i-tunes, being sold and the returns. Once you go into a major record label with that level of understanding you have a bit of bargaining power. A lot of people who get signed nowadays have been doing the D.I.Y thing. Maybe not for as long as I have but they have started to create a little fan base. Obviously getting signed to a major record label with a fan base that’s already there is their dream; so the whole D.I.Y thing is key.

So the whole time you’re working on the big break through, you’re moving in the same circles as what are essentially your contemporaries, such as Bashey and Chipmunk. It must be really good to see everyone doing so well in the charts?
Yeah, it’s a beautiful thing. I was having a chat with Greg James from Radio 1 saying it’s great that I can ring up Tinchy Stryder and be like “mate looks like you’re gonna be number 1” or I can ring up Chipmunk and be like “boooy, it’s looking like you’re gonna be number 1”. I think that’s an amazing thing that we have, that other genres don’t. We know each other, whether it be through school, pirate radio stations, mix tapes or friends of friends. As they say, together we stand, divided we fall. I think it really helps when you’ve got other artists in the music world that are your support structure. For example if I needed Tinchy to do something for me, to help me promote a single release, he’d be more than happy to do so and vice versa. 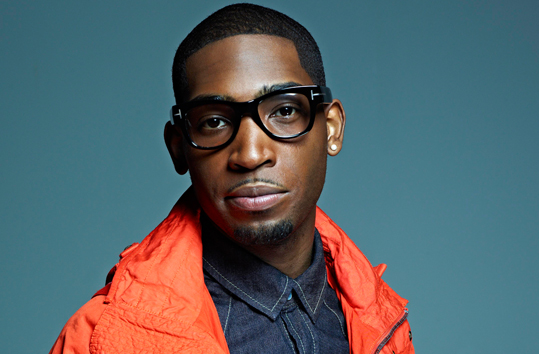 Let’s talk about ‘Pass Out’. It was the break through record for you, a massive number 1 hit. How close to the fateful Sunday was it when you thought “Hang on, we could be in here with a big record”?
Most of the time I wasn’t looking at the mid weeks as I didn’t want to cloud my thoughts. As you can imagine, the week before was the craziest week ever! It was like a rollercoaster all the way into the Sunday. It wasn’t until the beginning of the Sunday until everyone went “You know what, I think we’ve done it”. Hearing those words come out of Reggie’s mouth was the best feeling ever!

So celebrations, tell me about those?
Basically we planned a party on that Sunday regardless of whether we got to number 1 or not because it was the best chart position I’d ever had. We invited a lot of friends and people who had anything to do with the record. The record label guys, pluggers, PR, DJs who played the record before anyone else, people who spoke about the record when they didn’t have to, and to be quite honest I spent the majority of the event thanking everybody.

What about family, can you remember their reactions?
Everybody was properly amazed and excited but I tell you one thing, when my mum found out, she rang me and she was like “Son I heard you’re number 1, that’s fantastic! Just make sure you remain level headed, humble and don’t get too carried away. Oh and by the way there’s a congestion charge downstairs that you haven’t paid”. It felt like I had got top marks in my A-Levels or something.

It’s looking good on the Brit female scene at the moment. Would you consider collaborating with any of the British female artists?
I am a fan of lots of British artists right now. As you’ve probably heard, myself and Ellie (Goulding) have been talking a lot about trying to get something done. I think that would be a big deal. 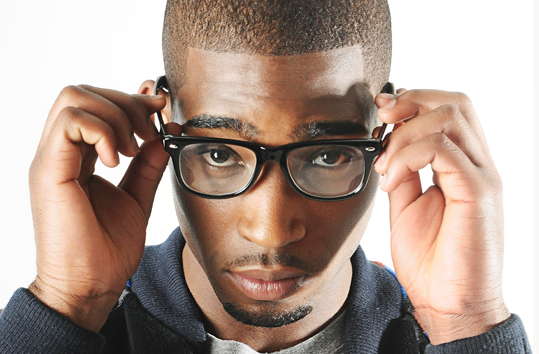 Excellent, can you talk to me about the album then…
The album is called ‘The Discovery’ and it’s 12 tracks. The tracks are very different from each other. I definitely wanted to push the boundaries of what a conventional song is supposed to be. How long it’s supposed to be or what I’m supposed to say. I was like “Scrap that, I’ve got a record deal now and I’ve got an avenue where I can get my music out on a national scale with proper distribution and promotion. Let me just have fun with it and give people from my generation something to hold onto”. I think now a lot of the music has kind of been manufactured, it’s very incestuous. Everybody gets on with the same. I hope I have made something that people can listen to and say “This will always remind me of when I was 16, 17, 20, 30…… I’ll never forget what it felt like to be that age or around that time because of ‘The Discovery’. I really want people to discover that themselves and to hopefully discover something about me as a person and as an artist. What it’s like for me to be a 21 year old black kid from the inner city living the dream.

How about taking it live then, it must be a serious buzz for you being able to get out there and play to the fans?
For a very long time I’d always been doing gigs and little club PAs here and there. Now I’ve started embarking on support tours, like this year to date I’ve supported Chipmunk, Rhianna, Chase & Status, and Mr. Hudson not forgetting all the festivals. It’s a very big deal for me especially more recently; we’ve kinda taken it out with a band. Playing with a band is something I’ve always seen but never really fathomed or thought I would be doing.

You touched on Mr. Hudson there who you are with tonight. You were asked by Mr. Hudson to step into Kanye’s shoes for a while. Just how huge were those shoes?
Yeah, they were huge especially considering at the time I didn’t have a record deal. And of course Radio 1’s Live Lounge….. Yeah exactly it’s the first time I’d ever done anything like that. That’s a lot of the reason why I’m so happy to be on this tour because I feel like he kinda took a shine to me when no one else was really noticing what was going on. To put me where Kanye was originally and then a couple of months later for people to be comparing me to Kanye West is a very big deal. I’m very grateful for the opportunity because it opened up a lot of doors for me. I just hope Kanye has heard it as well man. You don’t know if he has? Nah but Zane Lowe said my version was better than Kanye’s. I don’t think Kanye would be too happy!

To quote your number one hit “Semester to semester I’ll be raving with the Freshers”. Same again this year?
Same again every year, nonstop. I think with the Freshers there’s like a raw energy that I’ve never felt anywhere before. Maybe it’s the whole adrenalin of finally being at university or college where they’ve got their independence and they just wanna do their thing. Playing to a Freshers crowd is the ultimate experience. I wanna do that for as long as I can.

Let’s cap it off by hearing what you’re up to next?
The album is out and I just hope everybody supports it like they’ve supported ‘Pass Out’, ‘Frisky’ and this new one ‘Written in The Stars’. I’m hoping to put together a headlining tour of my own pretty soon. I’ve supported a lot of people and gained a lot of experience. I’ve met a lot of great people and it would be nice to take all of those different elements and put them into my tour. I’m definitely planning something that people would not expect. Something that’s gonna take my music to another level. After that it’s all about the next album!