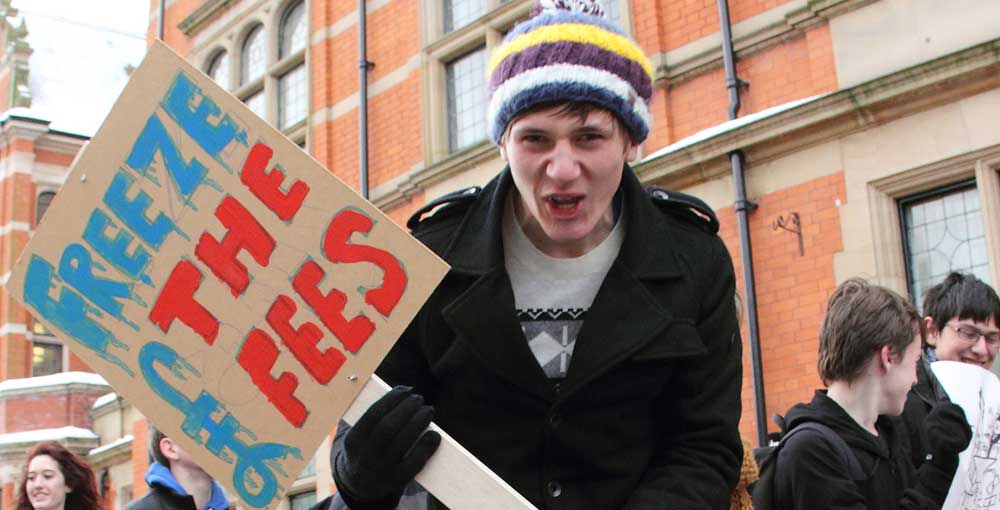 Under the Government’s proposals, which represent the most radical shake-up of student funding for decades, the student tuition fee cap will be raised to £6,000, with universities able to charge up to £9,000 (triple the current cap) in ”exceptional circumstances”. David Cameron is insisting that the Government’s plans are a “fair and progressive solution to a very difficult problem”.
The proposed changes to university funding are politically explosive as many Liberal Democrat MPs, (including Deputy Prime Minister Nick Clegg), publicly pledging during the General Election campaign not to allow fees to go up! Ministers have gone so far as to admit that it’s the middle classes on moderate incomes that will be hardest hit by the shake-up of university funding.
Graduates who go on to earn more than £45,000 will pay six times as much a year for the cost of university than those who are less successful, according to government figures. Student groups have estimated that some graduates could be left with debts of up to £70,000 once loans for living costs are taken into account. And research conducted by the National Union of Students and HSBC has found that nearly 8 in 10 young people would be put off university if fees went up to £9,000.
Overall, 3 out of 4 university leavers will be worse off than at present following the move to allow institutions to charge up to £9,000 a year for courses.
The students of today are our leaders of tomorrow. Show your support by joining our Facebook group and posting your comments on this unforgiveable change in Government policy.
Positive change takes time and effort, this is the start.