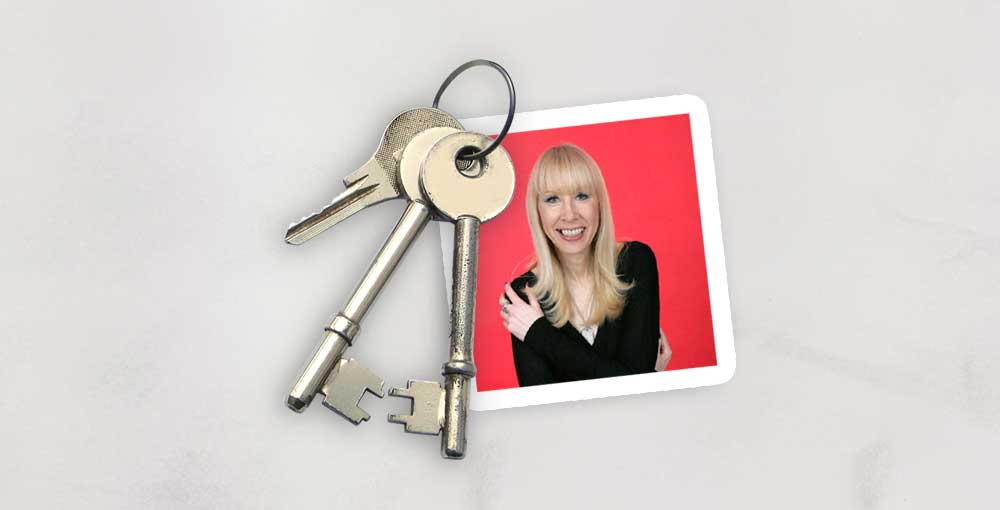 Judi James is one of the UK’s leading body language and behaviour experts. Judi has worked as a body language expert on shows including Strictly Come Dancing, It Takes Two, the X-tra Factor, The Paul O’Grady Show and Big Brother’s Little Brother. Here she discusses the subject of house sharing…..

House sharing can be great fun, especially if you were friends beforehand, but it can also be tricky at times. Sharing a house or flat is a learning experience, so how can students make the most of it?

What is the ideal number and personality mix?

There’s no absolute ideal but it’s good to avoid two or three together as two housemates can create an intensely inwardly-focused and dependent situation, and falling out or pairing off in other relationships can be traumatic and even feel like a rejection. Three housemates of the same sex can be troublesome as it can lead to accusations of favouritism or ‘ganging up’ against one housemate. Two guys and one girl can be a great blend though as it works well as a pseudo-sibling group. Four (or even five) mixed-sex housemates can create a colony that is high on flexibility and the kind of non-intense rapport that helps avoid dangerous arguments and falling-out.

It’s common for people to look for housemates that are a mirror image of themselves, i.e. similar in age, attractiveness and tastes. This can be the most volatile mix though as the attribution error will be more likely to occur, meaning we’ve picked people with obvious similarities to ourselves but ignored what could be more intrinsic differences, assuming they will think and act like us in everything. We’re much less likely to be tolerant about someone who we assumed would hold the same values etc as ourselves than about someone where we were expecting differences and braced to be flexible.

What is the best combination of housemates?

Most behaviour profiling shows four key motivational types and tempting though it is to select housemates from the same behavioural category as yourself, a mix of all four plus a fifth housemate with a blend of all four to act as a hub can be more successful, especially if you all agree to relish your differences by seeing the benefit they bring to the group rather than getting irritated by them.
The four profiles would include:

• One organizer and driver who will delegate and get things done (often the chef).
• One empathist who is a good listener and supporter with a strong nurturing streak and who will not mind tidying and cleaning.
• One logical thinker who will organize finances and paperwork.
• One performer who amuses and entertains everyone and keeps the fun levels up.

In a larger group it is also possible to take on the same formation as a colony of animals with similar hierarchies. This involves one clear house alpha who acts as mediator, leader and facilitator for the group. Ape colonies that have a strong and unchallenged alpha are usually the most peaceful!

TV programmes like Friends or even Will & Grace might be idealistic but they do tend to illustrate how different characters make up a less toxic blend for living together than the kind of very similar characters that we tend to look for in a best friend.

What different roles are there in a house share?

When we first house-share it comes as a tremendous shock to discover that the kind of colony we most wanted to rebel against and get away from i.e. the family unit, is the only real role-model we have for group formation, and that try as hard as we can to avoid the inevitable, any group will end up trying to morph into something based on parent/child roles.

Speed flat-mating is probably one of the worst ways to choose a new housemate as your decisions will be likely to be based on a stereotypical type of first impression and this can lead to disaster! Although gut reactions do have psychological endorsement, i.e. they are based on an assimilation of lots of quite complex information that your eyes and ears are taking in, our core criteria can be flawed, making us too swayed by the wrong reasons (like tastes, similarity in looks, the fact they seem to be ‘fun’, their nice smile, etc). This makes them a little like recruitment interviews where the right candidates for the job often get beaten by the person who interviews well!

What are the best questions to ask potential housemates?

What time do you get up in the morning? What time do you go to bed? Do you smoke? How often and how would you clean a toilet? What is the price of a large sliced loaf/jar of coffee? What experience have you had of working in a team?

• Never share with a friend who you haven’t survived at least one holiday with. Getting through a holiday together and not falling out is the best litmus test for flat-sharing.
• You will both have high expectations about sharing with a friend. You will think you know them well but in reality you don’t until you live with them. It’s like getting married then finding out all those annoying little habits once you’re living together but without the being in love thing to get you through it.
• Friends know exactly how to hurt the most in an argument.
• Sharing with a friend will feel less daunting if it’s your first time away from home.

• Sharing with strangers can allow you to maximise your social and business networks
• Living with strangers can mean broadening your horizons, either by learning about new interests, tastes in music, careers etc.
• It helps you learn the arts of compromising; persuading/influencing, and negotiating.
• You get an incredible chance to network. Friends with different backgrounds and career prospects often end up keeping in touch and networking for years after they leave uni. The same can be true of friends in similar careers but the scope is much smaller.

Why personalities change and you often don’t see the real person until you live with them.

When we see other people, even close friends, we see them acting out certain life roles, i.e. sociable, supportive, fun, professional, sexual, or even sibling. What we don’t see until we live with them is the facet known as ‘being themselves’. When we step outside our own front doors we tend to apply behaviours and body language that is either suitable or useful for the circumstances we are in. This benefits by allowing us to get the most out of life by gaining the co-operation of others. In a family/home unit though the rules can tend to be different. Being a teenager often means not being co-operative at home but expecting unconditional love. At home the old struggle between who we are and who we are expected to be tends to fall firmly on the side of the ‘who I am’ and it’s usually this version of ego-centric ‘self’ that uniquely emerges when we’re at home with other housemates.

There are also squabbles over more animal factors, like territory, space and food that we don’t bump up against during normal dealings with other people. We all have our own ‘rules’ about things like housemates going into our rooms when we’re out, sleeping in our bed or allowing guests to sleep there when we’re away, borrowing clothes/make-up/shampoo, using the remote control, leaving the loo seat up, putting a red sock in the wash with all the whites, noise pollution and sexual displays when/if someone’s partner stays overnight. We like to think we’re tolerant and easy-going party animals, but even those who party late into the night will get annoyed by anyone making noise first thing in the morning, and my problem page postbag will always seem to contain at least one letter from someone unable to cope with their housemate’s public displays of affection/noisy love-making.

Why do people fall out with friends and what over?

The biggest fallouts tend to be over what seem to be the smallest things. Washing up is the most toxic and so is the fridge. Finding someone else has been eating your food from the fridge can lead to world war 3.

Living with other people will usually lead to transactional patterns of behaviour that replicate the family unit. Nearly every group of sharers fall into this pattern, drawn like moths to a flame! When the group first get together they will be in a state called ‘free child’, which means they are often excited about leaving home and getting away from all the parental rules. This ‘fun’ state is sadly impractical though as it involves late nights, lots of noise, not washing up, even (quite often) leaving the front door open. After a period of time one housemate will be forced into adopting the critical parent role, moaning about the unfairness of these things and the fact some people are more untidy than others. This ‘nagging parent’ stance will be all the free child housemates need to flip into rebellious child state, with their behaviour getting worse rather than better. This then leads to the nagger asking to set up house rules and making rotas for housework that get pinned up in the kitchen. By this stage the house takes on a culture that is often more draconian than life at home with parents. People end up buying their own plates, pans and food and locking them away in their bedroom in a kind of siege mentality. By this stage the entire structure of the colony has broken down, often for good.

The golden rules of house sharing:

• Take into consideration the habits of other people, e.g. playing loud music, not washing up immediately after a meal and whether you are a “morning” or “night” person.
• Having people to stay can also be a bone of contention. Overnight guests such as friends and boy/girlfriends are usually fine, but resentment can brew when said guest takes over the TV remote, eats all the communal food etc.
• Keep a kitty to share cost of things like milk, bread, teabags, coffee, sugar, loo roll, bin liners etc as a house.
• Try to keep your conversations over any problems that do arise solution-focused rather than grumbling, complaining and telling one another off. People can’t change what they have already done but they might listen to your solutions for the future.
• Find something innocuous to bitch about. Bitching has the same role in group cohesion as grooming rituals in apes, but it can obviously be destructive, too. Aim your comments at TV characters or celebrities rather than one another.
• Establish some rules about the washing up and cleaning in general, e.g. rota system can work.
• All bills like gas and electricity to be split equally.
• Explain personal values rather than assuming others will share them, like sharing things, going into your room, ‘booking’ TV programmes, letting other housemates know if you’re going to be out all night etc.
• No sarcastic notes. When you’re all busy it’s common for housemates to start communicating via notes, and these often take on an unpleasant, critical tone like ‘Did anyone think to unload the washing machine or were you just going to let the clothes rot?’ or ‘Have you not heard of aiming for the toilet pan rather than the floor?’ etc. Try to use face-to-face communication where possible.