International superstar DJ, Tiësto, has just released the second volume of his coveted CLUB LIFE series. Packed full of remixed anthems and his own productions, Volume Two: Miami, is a must buy for anyone with an interest in dance and electronic music. Apart from being an absolute legend, we thought it was time we got a few words out of the world’s greatest DJ…

Hi Tiësto, how are you?
Great thanks!

What are you up to at the moment?
I’m currently in Miami having a few days off between stops. Next up I’ve got a few dates here in the US, then down to Mexico and back to the US to play in Las Vegas as part of my residency at XS.

You’ve just released CLUB LIFE – Volume Two: Miami. Why did you choose Miami as the city for this record?
Miami is one of my favorite cities in the world; it is a very beautiful and glamorous place with amazing energy and was one of the first places in the US to embrace dance music. It truly understands what club life means, and it also has my favorite club in the world, LIV.

How do you go about making a sound representative of a city?
For Club Life Miami I really wanted to give my fans a mix that would give them the feeling that they had been to a Miami club where I had been playing. The mix really represented the feeling of the tracks that I like to play in that setting, and a number of my own tracks which I included in the mix were directly inspired by everything from the energy of the crowds in Miami, to the attitude, glamour and the beauty of the place. Miami is a special place for me having played there for many, many years.

LA was obviously Volume One. Is the plan to release a volume for each of your favourite cities around the world?
There isn’t really a plan, I have just chosen cities so far which have inspired me at the time when I wanted to do the mix.

Which city would make the UK volume?
I would have to say London as I have done some incredible shows there in the last few years. My UK fans have been welcoming everywhere though, so without a doubt it wouldn’t be an easy decision. I’m really looking forward to getting back to the UK to play at Creamfields this year. 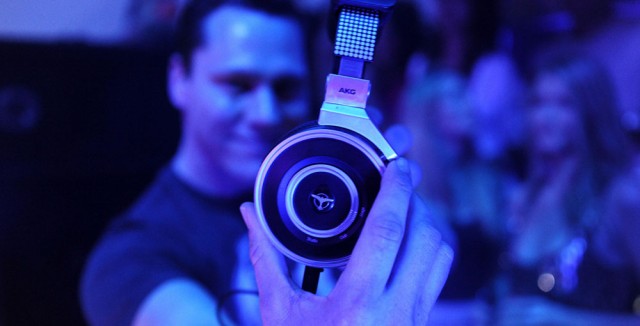 A major part of dance music for a lot of DJs is producing remixes. Do you ever find certain types of songs hard to remix?
It definitely can be difficult, and it’s not possible to take just any song and remix it. I have to really like the song and have to see the idea in my head before I can really start to make a remix, it has to feel right. On my Club Life Volume Two: Miami album, I’ve included a number of remixes, including my take on Gotye’s ‘Somebody I Used To Know’. With that track I really loved the vocals, particularly the way there was the male and female dynamic. I found that really inspirational and wanted to see how I could put my own take on it.

Are you constantly swamped with remix requests from other artists?
I get a fair amount, but at the moment I’m trying to focus on my own productions as I’d like to get an album out in the next year. I’m always flattered, particularly when people like Coldplay and Gotye are approaching me to remix their tracks.

In your time as DJ, you must have experienced firsthand the impact technology has had. What would you say to those who claim DJing as a profession now requires less skill?
I’d say it requires more skill than ever to be a good DJ. With so many people becoming DJs, you really need to bring something amazing to the table to really stand out from what everyone else is doing. You need to be a lot more inventive to stand out now than ever. With vinyl, there was a very particular skill, but it was very limiting in many ways. Now you can and need to be really individual when DJing to stand out.

What do you think the next level of DJ technology/equipment will be?
If I knew I would be in a different end of the business! Things are developing really quickly with technology, so no doubt you’ll be able to DJ hands free at some point not too far in the future!

As a DJ you have obviously achieved a great deal and have become renowned for playing marathon sets. What’s the longest set you’ve ever played?
I played a 12 hour set once in Amsterdam!

It must have been quite an honour being the first DJ to play at an Olympic Opening Ceremony, in Athens 2004. What other special gigs have you had which will always stay in your memory?
My last show on the Club Life College Tour in the US was really special to me; to be able to make history playing the largest single DJ event in US was so amazing. Playing Ipanema Beach for 250,000 people is another event that I will always look back on. In the UK, selling out Victoria Park twice was awesome. Those events were phenomenal.

Do you ever miss playing smaller venues and clubs as opposed to the big arenas?
I regularly play small venues these days as well as stadium level gigs. I like them both and try to mix my shows between large and small venues. Large shows are great with the energy and crowds, but it is also nice to have a more intimate set in a club. Different music fits each one too, so it’s nice to play to both size crowds.

Moving on to your personal interests, you are a big sports fan. I understand that there was recently a DJ football games where your native Netherlands played Sweden. How did this come about?!
Yeah, I’m a huge sports fan and love to play football and tennis in particular. The DJ Football Games gig in Miami was a huge success and we’ve managed to raise a lot of money auctioning off the kits for (RED) to help them fight HIV/Aids in Africa. The game started with tweets between myself and Sebastian Ingrosso. We’ve been friends for a really long time and have always had a healthy level of competition between us! We both love football and really wanted to get together with other DJs during Miami Music Week outside of a club and play some football whilst raising money for a really important cause.

How are you feeling about Euro 2012?
I’m really excited to support the Dutch team of course! My close friend Robin Van Persie is in amazing form at the moment for Arsenal, so hopefully he’ll get the golden boot and bring home the silverware to Holland!

Finally, surprising to some I am sure, you used to be a big heavy metal fan. Do you still listen to it?
Ha, yes I was. I really don’t so much these days though.

Watch our interview with Tiësto from Creamfields 2011…