Decribed by frontman, Pete Liddle, as “folky gospel music played by a post-punk band”, Dry the River are, with whatever genre tag you may give them, as enchanting and mesmerising as they come. Their debut album ‘Shallow Bed’ has rightly gathered highly acclaimed support and seen them cement their name amongst the art music elite. We caught up with guitarist, Matthew Taylor, as they were busy on their way through a series a headline tours…

Hi Matt, how are you?
Yeah we’re good. Just finished sound checking at The Electric Ballroom. We’re all in good spirits.

How has the touring been going this year?
Amazing. It’s been pretty full on. We’ve been all over America and about to head into Europe and then back to America after that. It’s been awesome, good receptions everywhere. It’s been ace!

Is there anywhere you play where you get a particularly good vibe?
Yeah, weirdly we seem to love playing in the Netherlands. They seem to really get us. We’re about to head out on a bit of a jaunt there on Friday. It feels like here in the UK and in the Netherlands we have the most receptive audiences. In Amsterdam we can sell as many tickets as we can in London, it’s quite weird! The American audiences are really loving as well.

You guys have just released ‘Shallow Bed’. Did you feel like you were waiting for the right time to release it or just trying to get it out there as quickly as you could?
A little bit of both. The band were really desperate to get it out because we have had some of those songs for a long time. We’ve been a band three years now and this has only just come out so we are quite relieved about that! Initially we were going to release it towards the tail end of last year but we just felt like we needed to get a bit more touring done and get the vibe out there a little more before we let it loose! 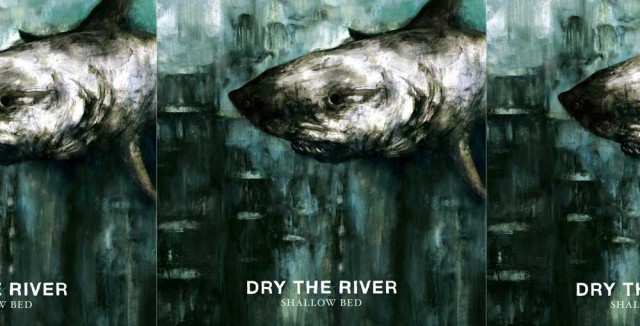 How did you find working with Peter Katis?
It was absolutely amazing. He has a studio in his house in Bridgeport. One side of the house he lived with his wife and kids and in the other half we all had our own bedroom! The studio is in a massive loft conversion which goes over the whole house so it was a really nice set up. We had communal meals in the kitchen everyday; it was really chilled out. Once you got into the loft though it was down to hard work! He has so much cool stuff in terms of instruments. There was one day where I was playing on his organ and he changed some of the settings on it and I said, “Ah, that sounds just like ‘Next Exit’ by Interpol”, and he said, “Yeah of course, this was the actual organ used on it”. It was mad.

How long were you guys out there for?
We did it in stages. I think it took five trips, like a week at a time. We did about five or six weeks in total. Because we had commitments here we’d do a few shows in New York, fly back to Europe and then come back out to record. It was a bit all over the place but it was good.

I was checking out the video for your new single, ‘New Ceremony’ today. What were the inspirations behind it all? Do you guys get involved with those sides of things?
Not with that particular one. Some of the previous videos we worked with a guy called Corin Hardy, a friend of ours. We worked with him on the ideas for ‘No Rest’ and ‘Weights and Measures’; they were a bit ambiguous and weird. We shot the video for ‘New Ceremony’ in LA with a guy called Raul, he basically came up with the concept and sorted out all the actors. He wanted to have loads of different scenarios going on to make it really interesting visually. He sent us the transcript of it and it sounded awesome so we just went for it.

There are a lot of interesting costumes going on in the video, I was going to ask if any of you guys were secretly fashion designers in your spare time?!
Haha, not yet. I’m going to be a shoe designer when the band goes tits-up! The actors were really cool though, we hung out with them all day. The guy who played Abraham Lincoln was absolutely hilarious.

I liked the girls wearing what looks like massive baking trays.
Yeah, some of the costumes were so good! I think my favourite part is the fat guy kicking the massive bowl of popcorn everywhere. We put out a media list saying we were looking for actors with special talents and Raul got an email saying, “Hello, I am a fat man who can do a flying kick”, so we booked him straight away!

Have you got any lined up for this summer?
We have, we’re booking them all now. I’m not sure what’s been announced and what’s not; we’re doing Reading and Leeds again. We’re actually playing on the new stage with At The Drive In which will be awesome, we can’t believe that. We’re also doing Isle of Wight and The Great Escape, 2000 Trees in the Midlands; they’re all confirmed now, so it’s going to be a good summer again.

From all of the artists and bands that you’ve toured and played with, have there been any that you’ve found particularly inspiring to watch live?
Yeah definitely. We just did a five week tour with Bowerbirds in the US and they are incredible musicians; each of them brings something different. We watched them every night and thought, ‘Shit, we need to get a lot better!’ And equally with The Antlers, watching them every night was amazing. They play so loud and go off on like ten minute jams which is so, so good to watch. I’d say those two bands have inspired us to get a bit better. 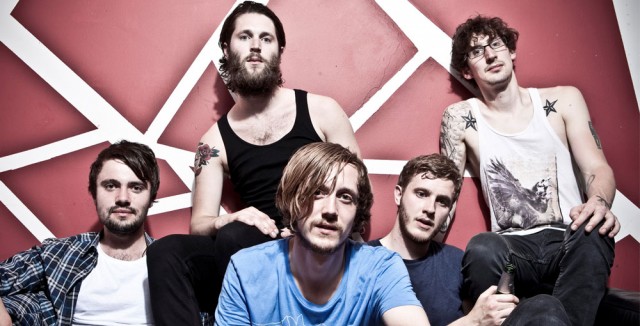 A major part of your sound are the harmonies in your tracks. I remember reading in a previous interview that Scott had never really sung before Dry the River. Did you guys have to work hard to get the sound you have now?
Yeah, kind of. The advantage with Scott is that he can sing really stupidly high, for a guy with a beard he can really hit those high notes! I’ve always loved three part harmonies and listening to old country music like Buffalo Springfield and that sort of stuff, so I really wanted to get that three part sound in there. One day we asked Scott if he could hit this high note and it turned out he could, so he’s been singing the high notes ever since!

What were the musical backgrounds of you all then?
It’s pretty varied. John and Scott played in bands together before [bassist and drummer], they were in punk bands and I think they were in a reggae kind of band. Scott was in black metal band for a little while as well. I came from a post-rock band, Pete was in post-hardcore band where he used to scream; I think we can attribute that to why his voice is so gravely now! Will played in a band called The Junglists and he plays in loads of orchestras and stuff, so we’ve all done really different things to what we are doing now.

Pete went to uni and studied Medicine and Anthropology. Did any of you guys take the uni route as well?
Yeah we all did. Me and John both did music, Scott did computer design, he used to do the website for Nickelodeon weirdly. Will went to the same uni as Pete actually and did Theology, so again, it’s all a bit all over the place! Me and John did music at least!

Going back to your album, it’s been very highly acclaimed which has drawn many comparisons. Are there any which you agree or disagree with?
There were a couple we enjoyed. We read a review somewhere that said we were a cross-between Spinal Tap and The Mighty Wind, which we thought was hilarious! Whenever Pink Floyd gets mentioned we like that as well, we listen to him a lot in the van.

What’s the game plan then for Dry the River?
We’ve got a bit of a game plan. We’re just going to tour our arses off for the rest of the year I think; go to loads of festivals, Europe, America. We’ve booked some time off in a few weeks to work on some new songs and a demo. We’re quite anxious to get the second record underway because some of the songs we have on ‘Shallow Bed’ are pretty old now, so we want to get cracking on some new stuff. Pete has written about four or five songs that are nearly there. We want to get something new out towards the start of next year.