Lawson are a new band on the block who are very much living the dream. Having already taken to the stage alongside artists such as Will Young, The Wanted and Avril Lavigne, it is no surprise that they are accumulating a rapidly growing following and have been recently snapped up by mega label, Polydor, who of course proudly hold the signature of Chris Martin and Co. For this reason, it is fair to say that great things can be expected from the boys who met on MySpace. We had a chat with drummer, Adam Pitts, who told us about their journey so far and what’s to come…

Hi Adam, what have you guys been up to?
We’ve actually got a surprise day off so we’re having a Pizza Hut!

Is this one of few days off at the moment?
Yeah this is literally our first day off in a good couple of weeks and I don’t think we’re going to have another one for a while now it’s pretty busy at the moment.

There’s quite an inspirational story behind the name of the band. Can you shed a little light on it for those who haven’t heard?
Yeah, basically our lead singer Andy had a brain tumour at the end of his uni course about four years ago and the doctor who carried out the operation, which was about 18 hours and saved his life, was called Dr Lawson. When we came to chose a name about three years ago we went through quite meaningful things that had happened to the band and Andy’s story stuck out. None of us had been through anything that serious, so we called ourselves Lawson, after the doctor.

Is Doctor Lawson aware of this?
Yeah he knows! He did an interview up north a couple of years ago for the news, it was the first time we’d actually seen him or heard his voice so it was pretty weird actually. He hasn’t come to one of our gigs yet though! We’ve sent him a few invitations but I don’t think he is a fan of the band!

How rude! I know! 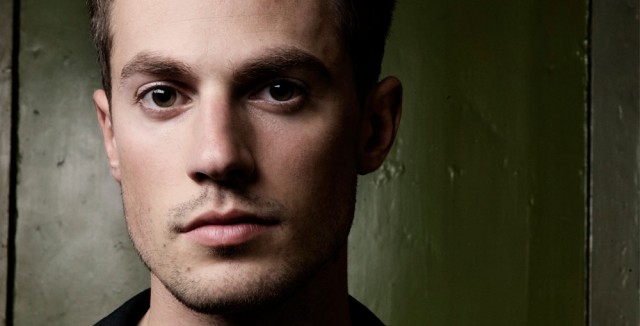 So you guys have had quite an interesting journey to get to where you are now. You were signed without the help of management for example. What other obstacles have you faced on getting to where you are?
Three of us went to music college and all we were taught there was that no one signs proper playing bands anymore if you wanted a career in music. So, we all just ignored that and thought, ‘We’re going to be in a band’. I think in the music industry at the moment not many people are getting signed, it’s so hard. We got turned down by a few people, went through about three of four different managers and then managed ourselves for a while. After about three years of going up and down the country playing all these rubbish, horrible venues with like three people watching, eventually the right people heard us through YouTube. We were doing covers of popular songs at the time, some originals as well, and that’s really what lead us to getting signed.

How has it been since you’ve been signed?
There’s a lot more pressure. It gets a lot busier and everything suddenly becomes pretty real. We pretty much went straight into making the album which took about five or six months. When your doing that, you’re kind of in your own little world so you don’t feel the pressure as much. But when you come back from recording, people start giving opinions on the album and then release dates get set for the singles, which is where we are at the moment. We’re really feeling the pressure but it’s all so exciting.

Can you tell us about your debut single, ‘She Was Mine’?
Yeah, Andy wrote that about nine months ago now when he split up with his girlfriend. It’s about being with someone and remembering the good times, looking back and feeling a bit gutted really! Everyone can relate to it.

The video has some pretty nice scenery in the background. Where did you film?
Yeah, we were pretty lucky! We went over to LA to do the video and it was literally a dream come true. I’ve been dreaming about shooting a music video since I was about five years old, so to be actually doing it was crazy! The rooftop scene were a lot of the video takes place was overlooking downtown LA. The sun was coming down and we all had a moment when we were playing through the song with all these cameras on us and about 50 people working on this video. We all looked at each other and thought, ‘What are we doing here?’. We’re just four idiots who a year ago were playing to four people in a pub and now this has happened. It’s so surreal.

A pretty special moment.
Definitely. One of those moments that we’ll never, ever forget. 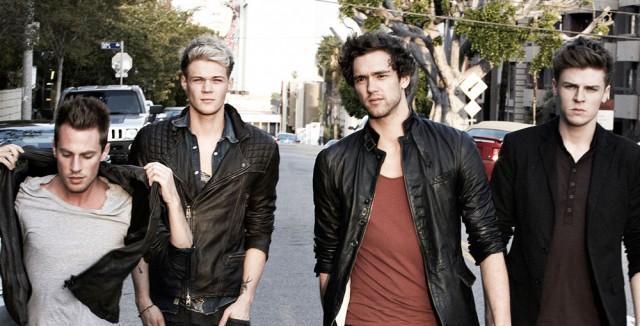 How has working alongside producers such as John Shanks been?
It was amazing, he was on the top of our list the second we got signed. Luckily enough he wanted to work with us as well. We did half of it in London and half in LA. Just to work with someone with that experience was incredible. The people he was worked with as well; one day he got Jon Bon Jovi on the phone to us! He is a massive inspiration. We learnt so much and are really happy with how it turned out.

What can we expect from the album and is there a release date?
There isn’t a date but it will probably be in the backend of summer, around September. The album is all about real life experiences; falling in love and falling out of love. Stuff that people can relate to in the same sort of vein to Ed Sheeran and Adele, who sing about real life things that everyone has gone through, so it’s kind of like that. There’s upbeat songs, ballad songs . A mix in-between really.

You’ve toured alongside some huge artists over the past few months. What have you taken from these experiences of playing with people like Will Young, The Wanted, Avril Lavinge…?
The Will Young tour was really interesting because before that, the first ever tour we did was with The Wanted and their fan base is a lot younger. They show their appreciation by screaming and going mental, whereas the tour we did with Will was in front of a slightly older fan base who show their appreciation in a different way. They properly listen to the music, so when you walk on stage there is a bit of silence before you play your first track and you can see all of their faces staring at you through every song. They give nothing away so you don’t really know how it’s gone down until the end of the set when they start clapping and stand on their feet. But just to be put on those massive stages, with crowds that big, was just incredible.

Can you tell us about the radio tour you guys recently did?
Yeah we did about 60 stations around the UK promoting the single, performing acoustic versions of it and doing interviews. It was the first time we’d been out since our headline tour in January. At some of the places we went to people were queuing up outside the station and we’d never had that before. It was a lot of fun.

You are running an online competition for someone to introduce you on stage. How can people enter this who want to get involved?
Yeah it’s for In:Demand Live, at the SECC in Scotland. I think you have to tweet #iloveindemand and why you like the radio network, and then they will decide who will go on and introduce us in front of 12,000 people. 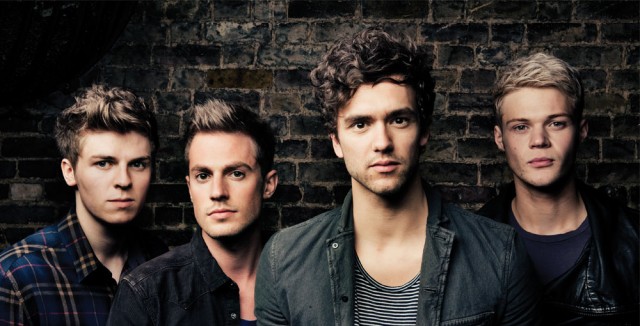 I heard you had a plant pot thrown at you at one your earlier gigs…
Haha yeah that is very true! When we first started, to get by money wise we used to do cover gigs. I think it was at a pub in Clapham, it was quite a rowdy night. We were halfway through playing Daniel Merriweather, ‘Red’ and out of nowhere I saw this soil all over my drum kit! From the back of the pub this guy had thrown a plant pot, hit the back wall and the soil went all over the stage, on my head, everywhere! I looked down and I thought, ‘What the hell has happened?!’ This guy then ran out the door as quickly as he could. That same night we went back out to the car and Ryan’s sat-nav had been stolen. It was a pretty bad night to be fair!

Oh dear! Do you have any other bizarre or interesting stories?
There was one gig in Manchester where we turned up and had been promised that all the gear would be there, like a drum kit, a good PA system, the promoter also promised that there would be a good crowd but we turned up and the venue was a complete dive! There was no drum kit, the smallest PA system you have ever seen, so we kind of knew that it wasn’t going to be the best ever gig of our careers so we, I especially, decided to have a little bit to drink and it all got a bit crazy. We don’t normally drink before a gig, we do afterwards but before we just chill out. I decided with this one that I was going to get a little bit drunk and ended up getting way too drunk and halfway through the set I had to run off stage, go to the toilet to be a bit ill and came back and carried on!

Trooper!
Haha yeah. It probably sounded like a drum solo for the whole set. I think it was the best show we’ve ever done!

Musically you guys have said before that you’re into the big bands so to speak, like Maroon 5 and the big arena bands. What is the overall aim of Lawson?
We just want to keep going. We did our first headline tour in January to 150-200 capacities. We’re now doing a tour for the new single which is like 300-500 capacity venues, so we just want to keep on growing. If we could do a theatre type show by the end of this year or start of next that would be a dream come true. We want to take the record all over the world. A couple of months ago we watched a documentary on ‘The Script’, called ‘Road to the Arena’ and they are playing stadiums in South Africa and all these places where you’d never think you’d get a chance to visit, playing to like 80,000 people a night. That kind of inspired us to spread our wings and see how far we can take this really.

Music aside. What are the individual personalities of the band?
Andy is the scouser. He’s the cheeky chappy and a little bit cocky sometimes but he knows what he’s doing! Joel is more of the sensible one, Ryan is the mostly annoying one because he’s always late. I can’t list my own annoying habits but I’m sure there are quite a few!

Finally, what are your plans for summer?
Well for the rest of summer, we are releasing the first single on the May 27th and we’ve got a tour leading up to that. We’re also doing a few festivals, like T in the Park, Hard Rock Calling and a few other which haven’t been confirmed yet!

Wicked. Well good luck and thanks for talking to us!
Thank you, speak soon!