Wretch 32 has deservedly stolen the limelight of late. After bursting into the mainstream last year, the North London maestro has since secured consecutive top five hits with ‘Traktor’, ‘Unorthodox’ and number one single ‘Don’t Go,’ featuring Swindon lad Josh Kumra. The four times MOBO nominated rapper recently took time out to speak to us about his new single with Ed Sheeran, an amazing prize he is offering budding artists and why he isn’t buying any more wellies for this year’s festival season!

Hi Wretch, how are you this morning?
I’m good man, I’m good. Just filming a video!

Oh yeah. What’s that for?
It’s for the last single off the ‘Black and White’ album, ‘Hush Little Baby’, with Ed Sheeran.

Wicked. How did the collaboration with Ed come about?
You know what, me and Ed have been working together for yonks! The great thing about working together now is that people are actually gonna hear it as we’re getting bigger with our careers. Working with Ed has always been fun, we get each other musically and we have a bit of a laugh, but actually get things done!

Your collaboration has been causing quite a stir. You’re two artists very much at the top of their game. Have you got your eyes on the number one spot?
I’m just hoping for people to like the record to be honest. And the video! Of course, it would be nice to get a number one though.

Has Ed taught you any tricks on guitar?
No! He tried to, but it’s not an instrument for me to learn man! I can play about on piano a little bit, but my fingers aren’t quick enough for that.

Rumour has it, you have already started working on a second album. Can we get a little insight?
Bigger songs! I feel like I’ve progressed. I’ve got more to say now, got better lyrics, the music’s got better with me as well. I think people will definitely enjoy it. It’s definitely a progression from where ‘Black and White’ left off. I think it’s a continuation of my journey.

Moving on to this summer, you have a busy schedule ahead of you. What are you most looking forward to?
Yeah there’s quite a bit. I’m starting the Example tour on Friday which runs for two weeks and then I’ve got my own straight after for another two weeks, so we’re on the road for a month. That’s going to be fun, I’m excited about that; going up and down the country. That’s definitely going to be one of the highlights.

Any artists you’re looking forward to seeing on the festival circuit this summer?
Yeah, I want to see Example again, Tinie, Chipmunk, Pro Green, Jessie J, Plan B; it should be interesting times! The Stooshe girls; I’m interested in their show, I like what they’re doing at the moment. Ed as well of course. I’ve got my eyes on everyone!

Have you started shopping for festival welly boots?
I’ve got last year’s ones, they’re spotless! Don’t ask me how I did it. I got through the whole circuit with the cleanest boots in the world. I could probably take them back to the shop and ask for my money back! 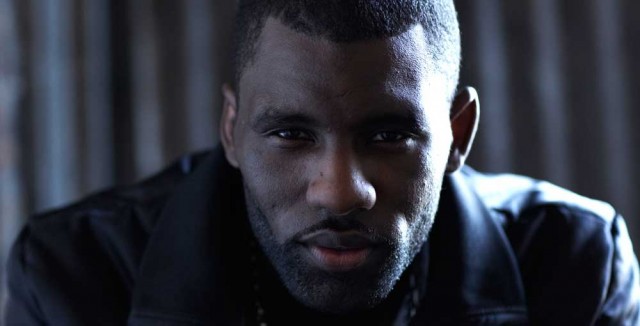 You’re running a wicked competition with Adidas at the moment. Can you tell us a little about it?
Yeah, basically aspiring musicians send in a clip of some work that’s passionate, and the winner will open up on one of my tour dates. We’ve been getting some good feedback and some good stuff sent in so far. I’m looking forward to it.

You’re also starring in the Adidas Olympic TV ad. How are you feeling about London 2012?
I’m thinking we’re shaping up good man. I’ve spoken to a few of the competing athletes and think everyone is really enthusiastic. You know, it’s great to have it in our back yard. I think this year will be the year for good things. Fingers crossed man!

Have you managed to get any tickets?
I haven’t, no! I’m trying to get down for some of the big ones. I want to see the long jump, 100metres, 400metres, the 4×4 relays. I’m just putting it out there, you know, just in case there’s any generous people who want to take me!

You’re very proud of where you live in London. Do you see yourself as a role model to kids in your area?
I hope so. A year ago they might have looked up to me for different things, but you know, it’s difficult. Definitely the kids are happy when they see me, they take pictures and stuff. But I just do what a normal guy would do, you know, go to the shops or whatever. It is nice to still be loved in the community.

If we roll back the years to when you were a kid, what was it that got you into music?
Definitely watching my Dad mixing records and talking on the mic. That stuff got me intrigued. When he left the house I used to try playing the records and holding the mic and stuff. It really made me wanna get with it and do what he had done. I look up to my Dad, I always wanted to emulate what he was doing. Music was definitely instilled in me.

You made your name in the underground scene. Do you miss it at all?
You know what, no. I’m one of those artists who is lucky enough to be number one in the charts and in the top ten MCs list. What I do, is at the same time as making music that commercially works, I still rap with all the underground artists anyway. A lot of them are talented and keep me on my toes, so I do mixtapes, verses, remixes, that sort of thing. I’m pretty much underground and overground! For me, there isn’t really a gap.

If you weren’t involved in music, what would you be doing now?
Hopefully something on TV, like presenting. I seem to work well doing presenting stuff on radio. You know, TV might be a bit much actually, so yeah, radio!

Is there a Wretch 32 game plan for the future, or are you taking it as it comes?
I work better when there’s no ‘making things happen’, you know, going with the flow! I don’t go into the studio going, ‘Right, I need to make a song like this’. I like going in with a clear head and making whatever feels right. We put out whatever we feel comfortable with. We do go with the flow, but there is a goal for me; to be a worldwide musician. It’s just finding the right way to get there without trying too hard. I don’t mean not working hard, but not forcing it. I’m just trying to make good music and go with the vibe.

Are you going to have a big party when you turn 32?
Ah, it’s going to be enormous! I think I might have one party but in three countries at the same time, but I’m only at one and you’ve got to guess which one I’m going to. The first party I’ve ever had was this year, so 32 is definitely going to be a big one!

Finally, we’ve had a few questions sent in through Facebook. Amy asks, ‘Are you a going out or staying in person?’
I’m out quite a lot, but at the same time when I’m in, I’m in! I probably go through stages, right now I’m in a going out stage.

We’ve got another sent in from Brad. He asks, ‘How did you choose your performing name?’
It was kind of given to me. Everyone used to call me a wretch and it stuck, so I thought, that sounds cool. Then 3 and 2 are my lucky numbers which I thought would be cool to have at the end.