Amy Macdonald is one of Europe’s biggest selling singer songwriters and returns this summer with her brand new album ‘Life In A Beautiful Light’. At just 24, Amy has already sold over four million albums worldwide largely down to the monumental success of her debut record which charted at number one in five different countries. After taking a year out, the Scottish star is back for more and has just kicked things off with the release of her debut single, ‘Slow it Down’. We recently shared a few words with her…

Hi Amy, how are you?

Just a bit of promo today!

So to start things off we should talk about your new single, ‘Slow it Down’. Can you tell us a little bit about the song?

Yeah, it’s a song that I actually wrote when I was out driving one day and when I got home I just felt really inspired. At first I thought maybe it was just about driving, but deep down it’s about slowing down a bit and not feeling bad for taking time for yourself and it’s alright to stop once in a while.

You are quite a fan of cars. I was looking at your website today and saw quite a cool competition that you’ve got going at the moment! Was the racing game your idea?

Yeah, we just thought it was something that I quite like so we turned it into a cool little game and a good competition as well.

For those who haven’t seen it yet, can you shed light on what it’s all about?

It’s just a simple racing game where you have to collect all the instruments on your way to whichever festival I might be playing at. If you actually do really well on it then you can win tickets for the festivals where I’m performing. People with the highest scores will win those tickets!

This is now your third album. Have you found it harder with each one?

No I actually found this one a lot easier to figure out and write the album. The difference between my first and second was with the first I had my whole life to write it, and with the second I didn’t have a lot of time so with this one I made a conscious decision to take a year out and write the album in my own time and I’m very glad that I’ve done that. Just being at home and being relaxed was really inspiring to me so it was quite easy to come up with the songs. 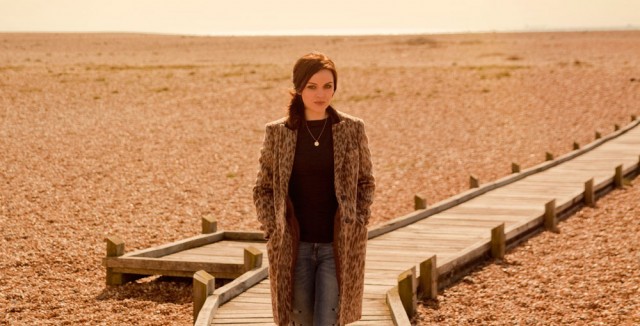 I read that from when signed to your label at 18, you only had one holiday in about four or five years?!

Yeah, from the minute I signed the record deal to the end of the campaign for my last album it was pretty full on; there wasn’t really any gaps or anything, it was all over the place! I consciously decided I was going to take that year out.

What did you get up to in your year off?

I wrote the album for one, but nothing exciting! I’ve spent so much time living out of suitcase it was nice just to be at home and not to worry about things. It was nice just to spend time at home with my friends and family, so nothing too exciting, but it was brilliant for me.

With your second album you recorded with Paul Weller. Did you work with anyone on this new record?

No with this one I was so focused and so happy and proud of the songs that I was just eager to get it done. It was just me, but I’m very happy with it and so chuffed with how it sounds!

Some of the themes in your album, like your love of football and fast cars clearly come through, however they’re not instantly things which you would associate with the ‘singer songwriter’ mould. Did you go into this album with a conscious idea of what you were going to do?

No, and as you’ve pointed out the song subjects are so varied and so random that it would be impossible to start off and say this is what I want to write! I couldn’t write an album in that way; it’s such a natural process it would be weird for me to sit down and say, “This is what I want to write”. It just wouldn’t work. I just want to feel inspired and that can be anything, from things on the news or things that happen to me or football, anything! When I feel that inspiration I literally grab my guitar and most of the time the songs flow and come together quite easily. That’s what has happened with this album, there was never any set plan.

Have you got a lot of touring then for this year?

Yeah I’ve got a lot of promotion, a lot of festivals. I’ve not got a tour plan as of yet but it will happen at some point. Some people think that if you’re not playing live gigs then you’re sitting about doing nothing! That’s definitely not the case for me, I’ve got a lot things going on so it will definitely be busy for the rest of the year.

One of the events that I’ve seen your playing at is the STV Gigathon. Can you tell us a little about that?

STV have an appeal every year to raise money for children that are living in poverty. They asked me to take part and it was a no-brainer for me because I love to perform, and to perform raising money for people that really need it is brilliant. I’ll be doing five gigs in day all over Scotland to hopefully raise as much as possible.

Good stuff! Is there any place that you’ve played over the years that has a special place in your heart?

Yeah Barrowland in Glasgow. Before I was a musician I would go to gigs there and absolutely loved it as a fan. When I was able to perform there as a musician it was an incredible moment and something that I’ll always remember. I’ve played so many venues all over the world now but that one is still very special.

Obviously festivals are now a major part of an artist’s itinerary. Which ones have you got lined up this summer that you know of?

I’ve got a whole load all over Europe! The Montreux Jazz festival in Switzerland which is a really famous one, T in the Park in Scotland, Hard Rock Calling in Hyde Park in London. I’ve got a real varied mix of festivals so I’m looking forward to getting out there and playing my new songs!