Off the back of two consecutive number ones, DJ Fresh returns with new hit single ‘The Power’ featuring crowd favourite, Dizzee Rascal! We caught up with the superstar spinster who spoke to us about his live show, the possibility of making three chart toppers in a row and how he had a bit of a stinker on a recent fly fishing trip!

I’m well thanks. Have you been up to much recently?
All sorts of stuff really. Loads of promo, working on the live band, finishing off the album so yeah, it’s been a pretty hectic time!

Cool. How is the album coming along?
Yeah it’s going really well mate, nearly finished and really excited about it.

So, your new single with Dizzee, ‘The Power’ – how are you feeling about that? Are you hoping to make it three number ones in a row?
Not really for me personally! I mean it would be amazing to get another number one but to get two number ones in a row was obviously pretty nuts, I definitely wasn’t expecting it. I’m just hoping that people are going to enjoy the track. It’s been getting really good reactions so far and it’s one of my personal favourites that I’ve done for a while and I’m just looking forward to getting it out there.

Was it quite an obvious collaboration for you with Dizzee’s record for big summer anthems and obviously your own reputation as well for doing big party tunes?
I’ve always wanted to work with Dizzee and I thought he worked great on the track. He does make good party tunes as well so I guess our music fits quite well together. We’ve done some other stuff for his album that he’s really into and it definitely feels like we’re on a similar wavelength musically.

How are you feeling about performing as a live band? You yourself are actually playing keys now!
Yeah I love it mate. It’s something that I’ve always wanted to do since I was a kid, much more than DJing. Being a DJ was something that I was asked to do when I started making tracks and I only took the name DJ Fresh when I was on pirate radio. Some of the guys said I needed to come up with a name and they scratched this record which said fresh and said to me, ‘Why don’t you call yourself DJ Fresh?’ It was never a statement about the artist that I was, even though the stuff I’ve always been doing has been dance music. I’ve always been someone that is into playing instrumentals and I’ve wanted to set up a band for years so it’s kind of my dream to be honest. I’m really, really enjoying it and it’s going really well. The last couple of tours have been sold out and momentum building with a really cool fan base. It feels like we’re bouncing off them so it’s really exciting.

More and more DJs now are doing the live thing, Chase and Status being a good example. Did you feel like there was pressure to make the transition from having a DJ set to then take it to the live stage?
I don’t know if I’d say it was pressure, I’d say it’s more of an obvious step now than it used to be. Whereas, particularly before Pendulum, which was something I was quite heavily involved in because we were releasing their music off my label at the time, so it was something where I was always trying to take drum and bass live. At the time I’d left Bad Company, we actually set up a rocky live band with a couple of the people that ended up being in Pendulum, so it didn’t make sense for me to do that then because Pendulum were spearheading the live drum and bass thing. I didn’t think there was enough room to have two similar bands. So I left that alone for a while and now it feels like the right time to do it; we’ve got a new batch of music and a new sound which I’ve been working on over the past three years so it’s just made sense. I’ve put a lot of work into it; we’ve got some crazy technology and the way we’re doing things technically is pretty uncharted territory really. There’s been a lot of work going into it but it feels a lot more natural to me doing something like this, even though I love DJing it just feels more natural.

I’ve been checking out your Twitter; a few days ago you posted that you were working on a Godzilla intro, can you tell us a little about that?
Yeah I started this track a while ago, I think I played it on Grooverider’s show and at the time it had a sample from a film which we couldn’t use. I had to rewrite it so I’ve been working on that for the last few weeks but it’s now finished. It’s just to try and have something else on the album that’s more for the drum and bass, so you know, it’s totally instrumental, dance floor, smash kind of vibe! I like writing orchestral music so it was nice to get this track on the album.

I also saw on Twitter that you went fly fishing last week and caught nothing?!
Didn’t catch anything at all mate. I don’t even think that saying I didn’t catch anything really describes the complete absence of any form of proper fishing going on! I spent about three hours casting but I really enjoyed it. It’s like my new hobby because my life is so hectic at the moment so to just be standing in front of a river, focusing on casting a fishing line is so relaxing. It’s been finding other things to do because, as I said, my life has become so hectic and although it is exciting and I enjoy what I’m doing, it is very, very non-stop. It’s nice to get out of the house and forget about everything for a minute, like meditation.

Whereabouts did you go; is it local to you or do you travel around?
I live in Oxford, so I went a reservoir near here. 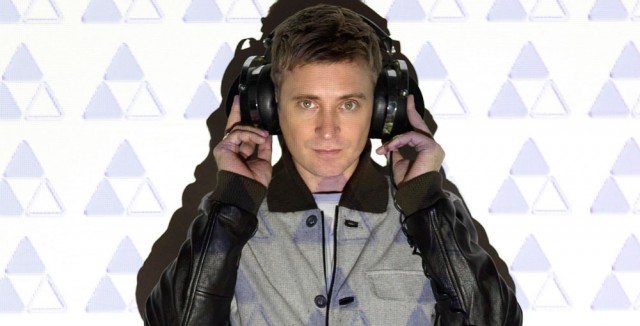 Cool. We’ve had a couple of questions sent in on Facebook. I like this one in particular, it’s quite random so take it in whichever way you want! Richard asks, ‘This has been on my mind for a while now, who would win in a fight between a kebab and a Chinese?’
Haha, hmm… Like which food would win?

I’m guessing so!
Well, personally, I’m not crazy on either but I quite like a Chicken Shawarma! So if the question was, ‘Who would win out of a Chicken Shawarma and a Chinese, I’d definitely say the Shawarma would have the edge, especially if it had garlic sauce!

We’ve got another one form Hannah. She asks, ‘ Will you come to Scunthorpe Baths Hall and do a gig?’
I think I have played in Scunthorpe before. I can’t remember much about it, after a while you sort of forget and it blurs into one a bit. I’m sure I’ll be back at some point!

Obviously the charts have been completely dominated by dance music over the past few years, where do you see it going in the next two to three, or even four years?
To be honest, coming from a label and looking at the history of what’s been going on, the charts go in cycles and that’s always been the way with music in general. So, it would make sense at some point in the future that things are going to go back to a more acoustic and instrumental way whether it’s rock or that sort of live feel. Things can get saturated and people want to hear something new; there’s only so far you can go in one direction before it feels like it’s time to go. I’m always trying to do that with my music, after a while I try and find something else and go off in a slightly different direction and I think that’s going to happen with me with the album after this one. I think there are tonnes of different types of dance music and especially bass music, you know, it’s only just starting to get taken seriously in the mainstream and the more seriously it gets taken, the more opportunities there will be to break through with new music.

Moving onto the summer and the rest of the year, what else have you got lined up that you are looking forward to?
I’m doing Big Beach Boutique in Brighton with Fat Boy Slim on Saturday so I’m really looking forward to that, especially if the weather is looking good. We’re starting the festivals next week with Fresh Live, so that’s a whole new thing for us. So far we’ve done a couple of big gigs but most of them have been for less than two thousand people. To get out there in front of a big festival crowd is going to be really cool. My album comes in September, and there’s a new single with Rizzle Kicks which we’re working on the video for at the moment so yeah there’s loads of stuff in the pipeline man.

Are you looking forward to the big sporting events this summer, like the Euros and the Olympics?
Not in the sense that it’s going to make it a nightmare getting into London! But I am looking forward to catching some of it on TV; I’m usually so busy in the studio that I don’t really get a chance to watch a lot of TV so I doubt I’ll catch most of it. It’s exciting though that there is something massive like this going on in England and it feels like everyone is excited about being the host for the Olympic Games.

Cool, well good luck with the rest of the year. I hope to see you at some festivals!
Cheers man, likewise!