Let me take you back to 1962. Production was finished on the very first Bond film Dr. No, critics and fans of the novels were eagerly awaiting Sean Connery’s performance as the master-class spy and the American producers (Metro-Goldwyn-Mayer) were banking on the action film to become the blockbuster of the year. No one could have ever predicted the immense success the film would be and that it would be the precursor for the longest film series ever in Hollywood history. 50 years and 23 films later, James Bond has continued to be pure Hollywood gold and, despite its incredible highs and downright lows, the series is the second most successful series ever (only behind Harry Potter). In the half-century history of James Bond, only six actors have portrayed the spy on screen in the official film series and each have had their own approach and responses to their screen times. 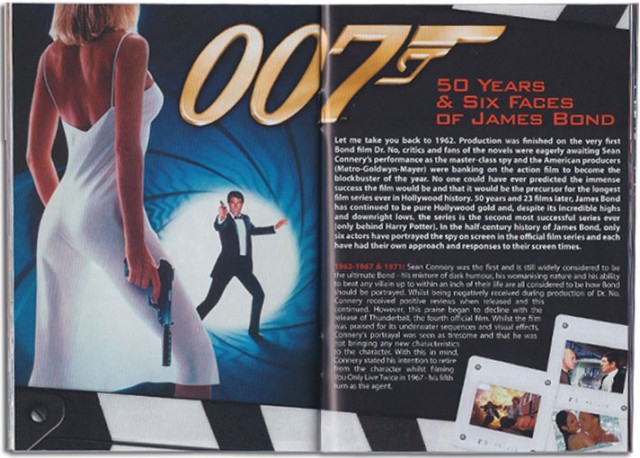 1962-1967 & 1971: Sean Connery was the first and is still widely considered to be the ultimate Bond – his mixture of dark humour, his womanising nature and his ability to beat any villain up to within an inch of their life are all considered to be how Bond should be portrayed. Whilst being negatively received during production of Dr. No, Connery received positive reviews when released and this continued. However, this praise began to decline with the release of Thunderball, the fourth official film. Whilst the film was praised for its underwater sequences and visual effects, Connery’s portrayal was seen as tiresome and that he was not bringing any new characteristics to the character. With this in mind, Connery stated his intention to retire from the character whilst filming You Only Live Twice in 1967 – his fifth turn as the agent. 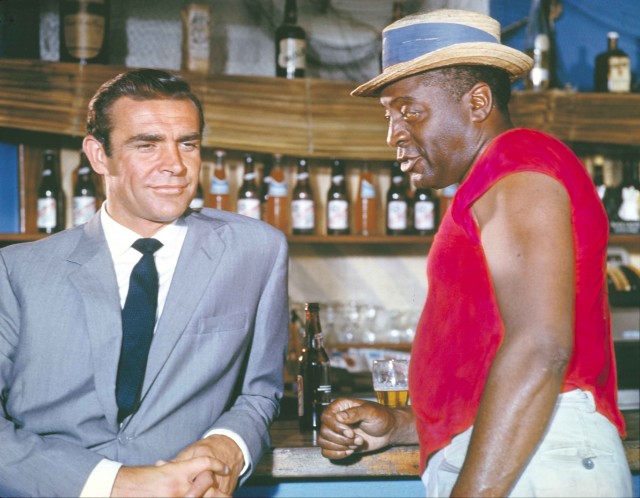 1969: A search began for a new actor and before long, a young Australian model was chosen – George Lazenby, a man with no previous acting experience whose only claim to fame was advertising Fry’s chocolates. Lazenby was reportedly a troublesome actor to work with as was noted by co-star Diana Rigg who claimed to have eaten a clove of garlic prior to their romantic scene in order to annoy Lazenby. As a result, Lazenby’s solo turn in On Her Majesty’s Secret Service still receives mixed reviews today with many praising his ability to mimic an English accent but criticising  his style of copying Sean Connery as a womaniser with a little added cheek. Shortly after production began, Lazenby announced that he would only portray Bond once due to his belief that the series would become outdated in the 1970s. As such, Connery returned to the role once more for Diamonds Are Forever in 1971. 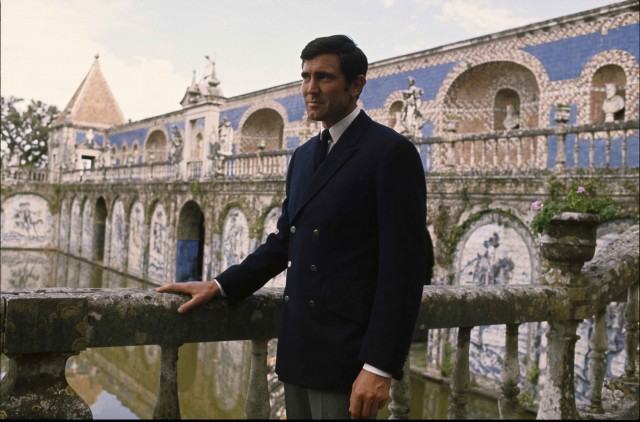 1973-1985: After this, Connery refused to return again for fear of typecasting and Roger Moore was cast instead, becoming the second Brit to portray the secret agent. Moore was previously famous in the UK for his portrayals of Simon Templar in The Saint and Lord Brett Sinclair in The Persuaders! Moore’s performance received (and still receives) mixed reviews with many either praising or criticising his tongue-in-cheek manner. Many fans and critics consider his second turn in The Man With The Golden Gun and his final film A View To A Kill as some of the worst films in the Bond canon. Despite these reviews, Moore went on to portray Bond for the longest period, a total of 12 years and 7 films (and even became the first Bond in space thanks to his fourth film Moonraker). However, during A View To A Kill, Moore expressed that he felt he was too old to continue in the role (at the age of 57) and gracefully stepped aside. 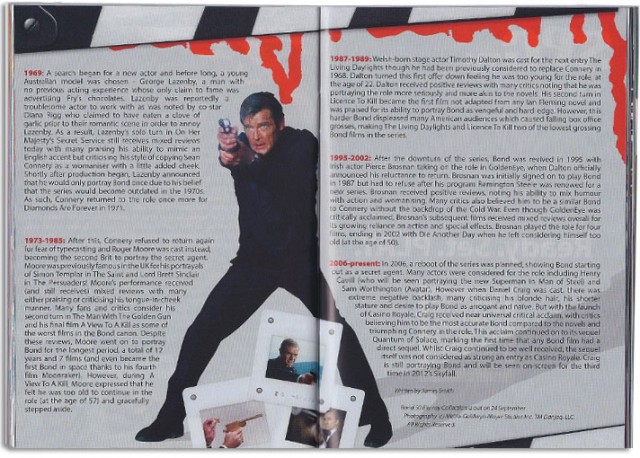 1987-1989: Welsh-born stage actor Timothy Dalton was cast for the next entry The Living Daylights though he had been previously considered to replace Connery in 1968. Dalton turned this first offer down feeling he was too young for the role, at the age of 22. Dalton received positive reviews with many critics noting that he was portraying the role more seriously and more akin to the novels. His second turn in Licence To Kill became the first film not adapted from any Ian Fleming novel and was praised for its ability to portray Bond as vengeful and hard-edge. However, this harder Bond displeased many American audiences which caused falling box office grosses, making The Living Daylights and Licence To Kill two of the lowest grossing Bond films in the series. 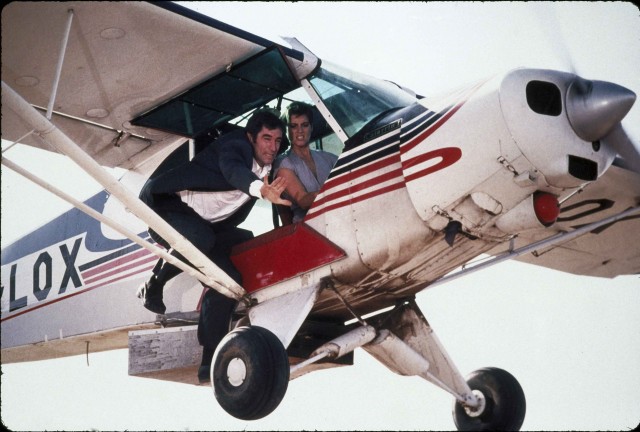 1995-2002: After the downturn of the series, Bond was revived in 1995 with Irish actor Pierce Brosnan taking on the role in GoldenEye, when Dalton officially announced his reluctance to return. Brosnan was initially signed on to play Bond in 1987 but had to refuse after his program Remington Steele was renewed for a new series. Brosnan received positive reviews, noting his ability to mix humour with action and womanising. Many critics also believed him to be a similar Bond to Connery without the backdrop of the Cold War. Even though GoldenEye was critically acclaimed, Brosnan’s subsequent films received mixed reviews overall for its growing reliance on action and special effects. Brosnan played the role for four films, ending in 2002 with Die Another Day when he left considering himself too old (at the age of 50). 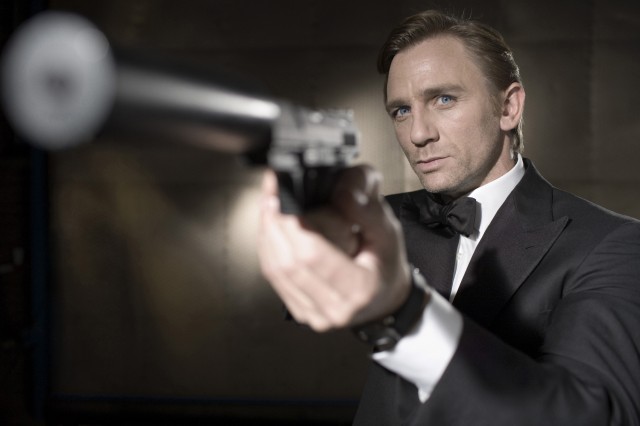 2006-present: In 2006, a reboot of the series was planned, showing Bond starting out as a secret agent. Many actors were considered for the role including Henry Cavill (who will be seen portraying the new Superman in Man of Steel) and Sam Worthington (Avatar). However when Daniel Craig was cast, there was extreme negative backlash, many criticising his blonde hair, his shorter stature and desire to play Bond as arrogant and naïve. But with the launch of Casino Royale, Craig received near universal critical acclaim, with critics believing him to be the most accurate Bond compared to the novels and triumphing Connery in the role. This acclaim continued on to its sequel Quantum of Solace, marking the first time that any Bond film had a direct sequel. Whilst Craig continued to be well received, the sequel itself was not considered as strong an entry as Casino Royale. Craig is still portraying Bond and will be seen on-screen for the third time in 2012’s Skyfall.