Gabrielle Aplin is unique in every way. She is a self taught, and until now, a completely self-promoted artist who has caused storms on the internet’s biggest musical output. With well over 10,000,000 views and 50,000 subscribers on her YouTube channel, Gabrielle is now facing the biggest leap in her career so far, having just announced the first single from her debut album this September, with label giants, Parlophone Records. We were lucky enough to spend some time with her on the festival circuit this summer; filming a couple of acoustic tracks and having a bit of a chin-wag along the way. Here is how it went… 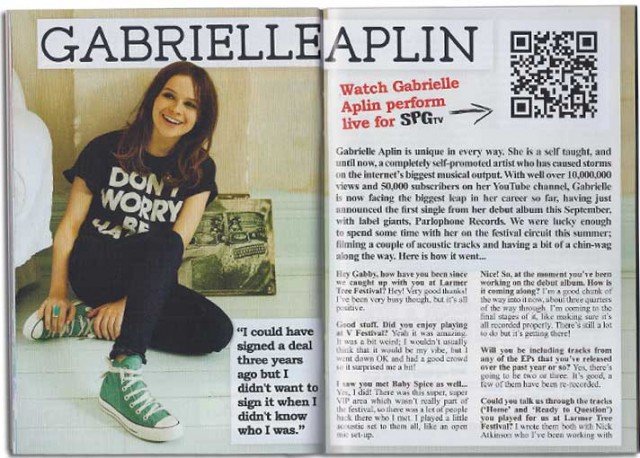 Hey Gabby, how have you been since we caught up with you at Larmer Tree Festival?
Hey! Very good thanks! I’ve been very busy though, but it’s all positive.

Good stuff. Did you enjoy playing at V Festival?
Yeah it was amazing. It was a bit weird; I wouldn’t usually think that it would be my vibe, but I went down OK and had a good crowd so it surprised me a bit!

I saw you met Baby Spice as well… Yes, I did! There was this super, super VIP area which wasn’t really part of the festival, so there was a lot of people back there who I met. I played a little acoustic set to them all, like an open mic set-up.

Nice! So, at the moment you’ve been working on the debut album. How is it coming along? I’m a good chunk of the way into it now, about three quarters of the way through. I’m coming to the final stages of it, like making sure it’s all recorded properly. There’s still a lot to do but it’s getting there!

Will you be including tracks from the EPs that you’ve released over the past year or so? Yes, there’s going to be two or three. It’s good, a few of them have been re-recorded.

Could you talk us through the tracks (‘Home’ and ‘Ready to Question’) you played for us at Larmer Tree Festival?
I wrote them both with Nick Atkinson who I’ve been working with for quite a long time. We meet up in his bar and play songs sometimes! ‘Ready to Question’ I wrote recently and I guess it’s about religion, how it works and why people believe in certain things. We were having a hung-over chat and decided to write about it! ‘Home’ I wrote about three years ago. I didn’t really finish it because I had no reason to but then I moved to London and finished it there. 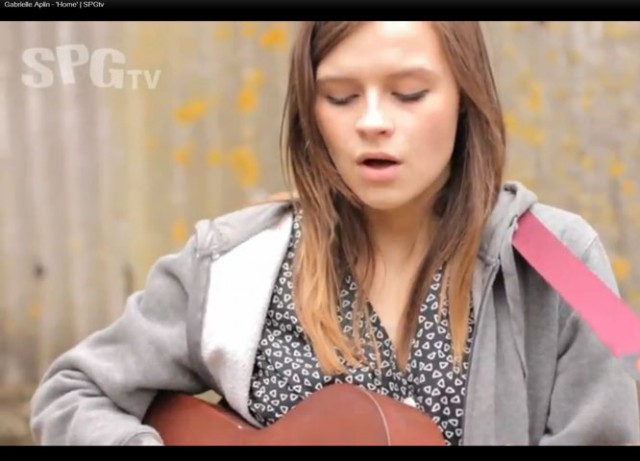 How has the move to London been for you?
I didn’t know London that well so I haven’t actually moved to a very nice part! It’s a bit of a culture change but it’s lovely and I’m really liking it now.

You have a couple of tours lined up which you must be excited about?
Yeah, we’ve got a UK tour in November and we’re starting to trickle out European tour dates as well. We announced Brussels yesterday and we’ve got about three more to announce too.

Are those dates sworn under secrecy?
A little bit! They are the obvious European cities though, so I hope no-one is going to be too disappointed!

You’ve played in Belgium before with Gotye…
Yes I did! I did two nights there with him.

How was it?
It was amazing. It was when he had a number one with ‘Somebody I Used to Know’, so he was literally the biggest artist in the world at that point and I was touring with him! He’s such a nice guy as well. He’s from Brussels, had the biggest song in the world yet no-one would know who he is walking down the street, but come the night time, he’d sold out 3000 tickets two nights in a row. It was a really good tour to be a part of.

I guess you and him are quite similar in regard to how the two of you started to get recognised, by plugging yourself on YouTube and stuff like that. Yeah definitely. I was writing and producing myself until a team that I clicked with, got it, and that’s literally how it happened. I could have signed a deal about three years ago but I didn’t want to sign it when I didn’t know who I was. But you know, things changed, and I dragged it out for as long as I could and it worked. 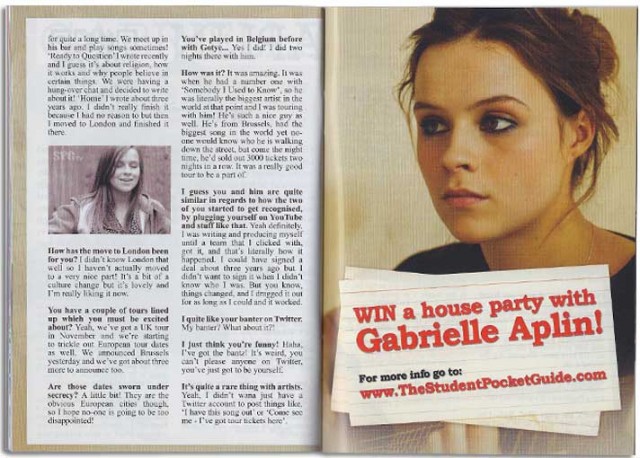 I just think you’re funny!
Haha, I’ve got the bantz! It’s weird, you can’t please anyone on Twitter, you’ve just got to be yourself.

It’s quite a rare thing with artists.
Yeah, I didn’t wana just have a Twitter account to post things like, ‘I have this song out’ or ‘Come see me – I’ve got tour tickets here’.

I’ve got a couple of tweets that I’d like you to clear up for us. One was, ‘How come only Polish men ask me to marry them?’
Haha! Well, since I said that I’ve actually had a few marriage proposals from other nationalities. But it’s weird! I don’t know why! I was looking at it the other day, and most of my marriage proposals are from Polish men. Maybe I’m a hit in Poland!

The other tweet is when you said you’d punched Fearne Cotton in the face!?
Haha, yeah! She’d played my songs a few times and I saw her on Oxford Street, went to give her a hug and smacked her in the face! It was by accident; I just flew my arms out and hit her across the face. I don’t think she remembered who I was so hopefully that’s a good thing. I don’t think I’d have my songs played if she knew who I was! 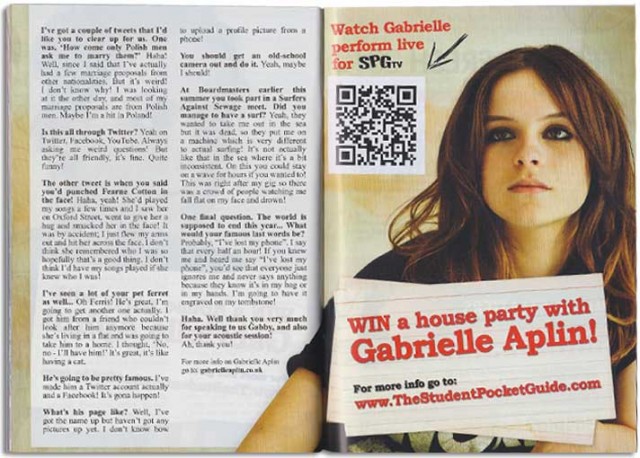 I’ve seen a lot of your pet ferret as well…
Oh Ferris! He’s great, I’m going to get another one actually. I got him from a friend who couldn’t look after him anymore because she’s living in a flat and was going to take him to a home. I thought, ‘No, no – I’ll have him!’ It’s great, it’s like having a cat.

What’s his page like?
Well, I’ve got the name up but haven’t got any pictures up yet. I don’t know how to upload a profile picture from a phone!

You should get an old-school camera out and do it.
Yeah, maybe I should!

At Boardmasters earlier this summer you took part in a Surfers Against Sewage meet. Did you manage to have a surf?
Yeah, they wanted to take me out in the sea but it was dead, so they put me on a machine which is very different to actual surfing! It’s not actually like that in the sea where it’s a bit inconsistent. On this you could stay on a wave for hours if you wanted to! This was right after my gig so there was a crowd of people watching me fall flat on my face and drown!

One final question. The world is supposed to end this year… What would your famous last words be?
Probably, “I’ve lost my phone”. I say that every half an hour! If you knew me and heard me say “I’ve lost my phone”, you’d see that everyone just ignores me and never says anything because they know it’s in my bag or in my hands. I’m going to have it engraved on my tombstone!

Haha. Well thanks for speaking to us Gabby, and also for your acoustic session!
Ah, thank you!