With a limitless imagination, and unmatched talent for abstract, laugh out loud streams of consciousness, no two nights in Ross Noble’s company are the same. We had a chat with the comic maestro whilst on his first UK tour in two years, and discussed everything from chirping birdsongs in BP toilets, to his ‘top-secret’ project with Harold Bishop from Neighbours…

Is it nice to be touring the UK again after a couple of years?
It’s brilliant. You get back in the swing of travelling down the motorways and very quickly thinking, “Oh, I need to stop for a sandwich!”, and then waiting to stop until the next petrol station because you know they have a better selection of food. When you’re off living your life, you forget that you retain all of that information!

All your favourite BP garages have come flooding back…
Yes, well, here’s an interesting thing! I don’t know if you’ve spotted this but at BP garages, they pump tweeting birdsong into their toilets. So, when you’re having a piss all you can here are these tweeting birds. It’s a little bit disconcerting; you think you’re outside when you’re inside. If you stop there at three o’clock in the morning on your way home from a gig, and you’re trying to mind your own business having a piss, all you can hear is this dawn song. It’s like four and twenty blackbirds baked in a pie. If you stop and have a poo, it feels like you’re shitting out blackbirds! I think they’ve done it so that while you’re in there, the tweeting sound reminds you of nature and you forget how they have destroyed a whole section of coastline.

Haha. Trying to brainwash everyone?
Yeah! To be more honest they should have the screeching call of some sort of seabird thats fighting for its life in dumped oil! But, then again, they have a great sandwich selection and sell tip-top diesel.

I noticed a recent tweet of yours which said that a guy didn’t get thrown out of one of your shows, but chose to leave after other members of the audience were complaining!

Yeah… He had a loud and bizarre laugh. It wasn’t just the fact he was loud; he was laughing when other people weren’t, which is always a bit tricky! It didn’t bother me at all but a lot of people got quite angry about it.

You’ve got a special relationship with Australia, having toured there many times, appeared on national television and generally spent a lot of time there. When did you first realise that you had this connection going on there?
Well, I’ve always loved it since I first went there. I started off doing low-key, quite small gigs, and even though it’s one of the biggest countries on the planet, they’ve only got a population of 20 million people, so word travels pretty quickly. Within a couple of years I was making a name for myself. It was all kicking you know, it was brilliant. 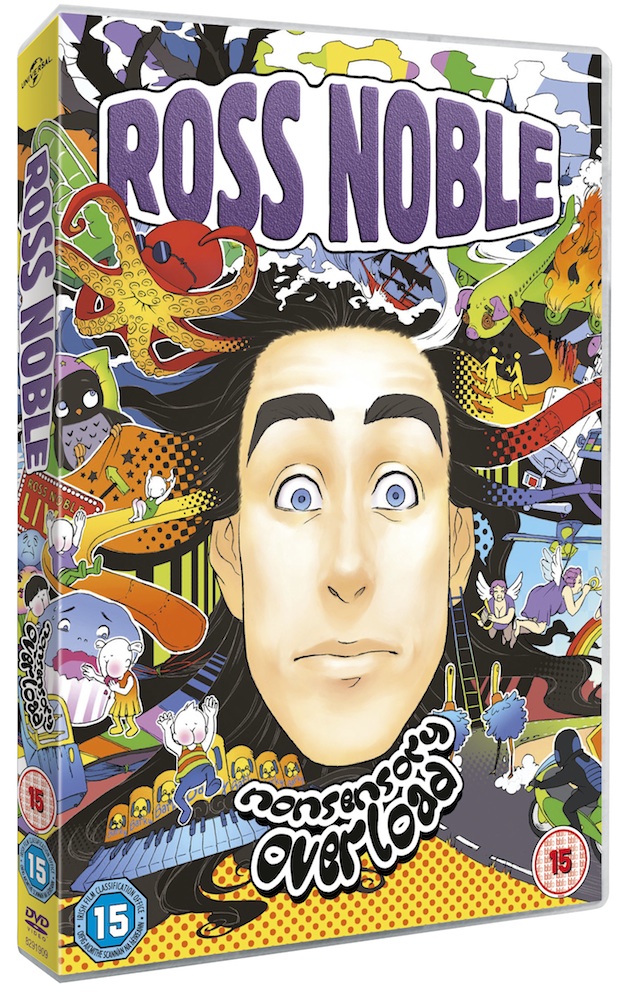 You DVD ‘Nonsensory Overload’ is over five hours worth of comedy. Did you have particular stand-up shows in mind or was it a spontaneous process?
Well, the first show was filmed in Australia, and the other was at the Hay on Wye Festival, where they had a full-on film crew, so we thought let’s just shoot the show with all this equipment. There’s also some stuff from the Apollo. I think a lot of comics write a show and just go out and do it until it’s ready to be filmed. Mine is just a fluid thing.

I suppose with other comics, their style of comedy is heavily planned with some going through weeks of meticulous planning before a show. With your style being heavily improv, what is your particular build-up to performing a show?
Haha, my meticulous planning is what you see! What you see is what you get, really. Part of the fun for me, is constantly exploring new ideas and seeing where you end up, rather than going out there thinking, ‘Right, this joke works’. That’s not to say I don’t like other styles of comedy. I think people who do one-liners, for example, have a real skill.

How did you find going from unscripted comedy to a scripted acting role in your new comedy-horror movie, ‘Stitches’?
Well actually, I really enjoyed it! With comedy you get one shot at everything; everything you do has an instant impact on the show. Whereas with film, you can try things ten different ways and see what works, and actually that was quite enjoyable. I thought it would be quite restrictive doing the same thing over again, but you can do the same thing ten times but in ten different ways. It’s not as restrictive as you would think.

Your role as clown, albeit a slightly disturbed one, relates quite well to your early working career as a street entertainer. It’s quite interesting taking something from very early on in your life to something that you’ve just done now in a film.
Yeah, it was a nice bit of serendipity that! Even though it is a ‘slasher’ film, at the same time I think people thought, ‘Ah, this guy knows what he’s on about it’.

Was it completely random being asked to appear in a film?
Yeah, very much so. The thing is, I’ve been asked to be in films before, but they haven’t necessarily been things I wanted to be in. When I read the script for ‘Stitches’ it was instantly something I wanted to be in. I couldn’t bear the thought of devoting that much of my life to something bland and ordinary. I’d definitely do it again but only with something that I could definitely get my teeth into.

Has TV ever been something you’ve considered doing, like a comedy sketch or something along those lines?
No, not really. Stand-up is what I love doing, it’s my first love if you like and that is what I’m best at. The problem is that in making a show, there are very few people who get to make stuff without it being interfered with, you know? All it takes is for somebody who doesn’t know what they’re doing to interfere and ruin it. Viewers don’t go, “Ah, that program had a crap producer”; they look at who’s show it is and think they’re not very funny. That said, when people get it right, it’s brilliant. But to go through that whole process, for me, it’s not worth it. I just cherry pick the best things I want to go on, like ‘Have I Got News For You’ and ‘QI’; that’s enough for me. But, that’s another thing! So many comics now do literally anything on TV. 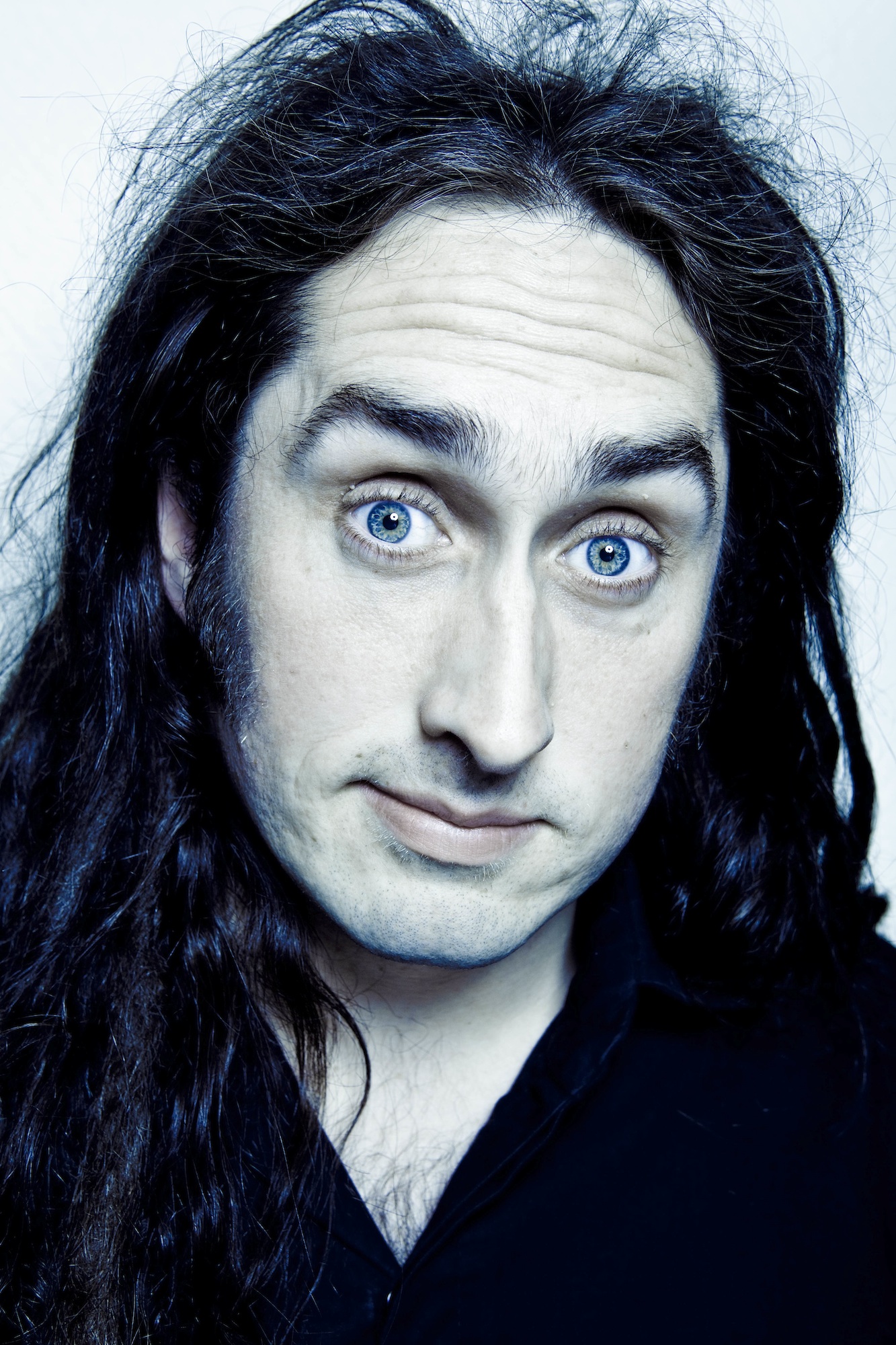 What is it about ‘Have I Got News For You’ that you really enjoy? The public love seeing you on there; I think you’ve been on it a record amount of times as guest; why that show?
Well, because it’s the news, there’s always fresh stuff happening to talk about. And also, just the quality of the show. Ian and Paul are just so good and what they do. I used to watch it when I was a kid, so to appear on that, in terms of comedy shows, it’s the Daddy! It’s just a good quality, smart program. It’s not over formatted as well. With ‘Mock The Week’ for example, there is no room for anything to develop; there are seven people chipping in and just as there is some flow to it and improvisation, they have to stand up and do one-liners!

Have you been fighting any other TV presenters recently? Obviously Jonathan Ross was a victim a few years ago…
Haha, let me see… I’ll probably be having a fist fight with Dara O’Brien after that rant!

What’s the plan after the tour then? Are you having some time out in the new year?
No, I’m actually heading straight out to Australia to work on a short film. You know Ian Smith, who plays Harold Bishop in Neighbours?

Ah, yes!
Me and a close friend have co-written this program for Australian TV where I play his gay love interest. So, that should be a bit of fun. After that, I’ll have some time off and then I’m back touring in Austarlia in March, April time. Then, we’ll have to see what occurs!

Sounds good! Thanks for speaking to us, Ross.
No worries at all, take care.