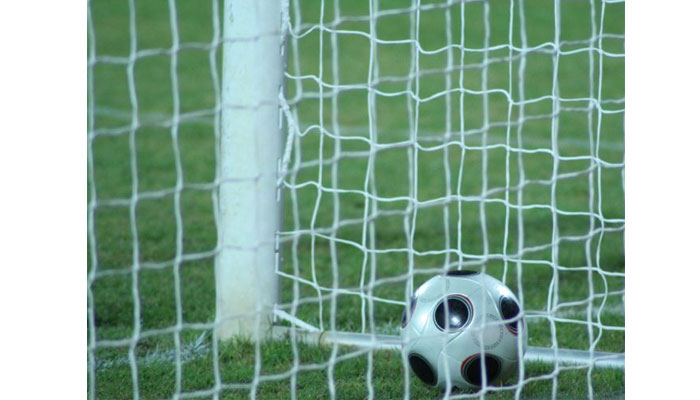 Not for the first time football has found itself on the front pages of newspapers as well as the back. With fans waiting to see whether the week will throw up stories of racism, affairs, or assault, we thought we’d take a look at some of the greatest controversies to tarnish ‘The Beautiful Game’.

Where else to start? Terry is probably the most controversial figure in English football at present. Having being previously charged with assault and affray, fined for parking his Bentley in a disabled bay, fined for inappropriate conduct after being accused of racially abusing Ledley King and questioning the integrity of referee Graham Poll in 2006, admitting to cheating on his partner in 2007, and investigated for reportedly accepting a bribe to show a journalist around Chelsea’s training ground in 2009, the Chelsea captain almost makes you feel sorry for Joey Barton.

However, Terry has upped his game in the last few years. In 2010 he was alleged to have had an affair with team mate Wayne Bridge’s partner, supposedly one of his best friends, which led to him being stripped of the England captaincy. Evidently not one to stay out of the limelight, last year he was accused of racially abusing Anton Ferdinand, brother of international team mate Rio. Once again he was stripped of the captaincy of the national side, not long after regaining it. Terry was eventually cleared of racism after a lengthy trial but the FA found him guilty, a decision which caused the defender to retire from international football.

Perhaps one of the least surprising controversies, Italian football was thrown into disrepute in the summer of 2006 after five clubs were punished when it was revealed senior figures at each were shown to have interfered with the appointment of referees.

Accusations of match fixing date back to 1973 when AC Milan beat Leeds United 1-0 in the European Cup Winners’ Cup Final. Injured Leeds midfielder Johnny Giles had heard stories that local Greek referee Christos Michas had been ‘got at’. After a game littered by controversial decisions favoring the Italian side, the local Greek crowd could be heard shouting “shame” at the referee. Michas was then suspended for life and AC Milan were banned from European competitions for four years.

In 2006, Juventus were stripped of their two previous Serie A titles, relegated to the Italian second division, and had to start the next season with a points deduction after their role in match fixing. In addition, AC Milan, Lazio, Fiorentina, and Reggina all had to start the following campaign with points deductions. Remarkably, the national side then went on to win the 2006 World Cup with a team containing many players uncertain of the future of their clubs.

During the lead up to Euro 2012 yet another match fixing investigation started. Lazio captain, Stefano Mauri, was arrested alongside 18 others while Atlanta captain Cristiano Doni was banned for three-and-a-half years. It was also sensationally revealed that a member of Serie B side Cremonese suffered a serious car crash after he had been drugged with sleeping pills by a team mate who was trying to ensure a bad performance to help clear gambling debts.

Most worrying and murky of all is the ongoing speculation surrounding Fifa regarding corruption, with the chairman of the organisation’s Independent Governance Committee, Mark Pieth, admitting there are, “skeletons in the cupboard”.

In 2010, six members both past and present of Fifa’s executive committee were all fined and banned for their involvement in the selling of votes for the hosting of the 2018 and 2022 World Cups. The competitions were then controversially awarded to Russia and Qatar, respectively. Further evidence from The Sunday Times suggest Qatar paid members from Cameroon and Ivory Coast while a leaked email from the Fifa general secretary also claims Qatar had “bought” their hosting rights.

Sepp Blatter then ran as the only candidate for the Fifa presidency despite proposals from the English and Scottish FAs  for the election to be delayed due to the deepening allegations of corruption.

At present, it is still unclear what the future holds at Fifa, with Pieth revealing there has been resistance from some of the older members to the independent investigation.

Possibly the biggest reason many supporters are feeling disillusioned and that football is losing it’s identity is the astronomical figures that now get thrown around in terms of player wages, club debts, and ticket prices.

In the last decade Leeds, Portsmouth, and Rangers have been the most high profile clubs to face financial disaster and plummet down the leagues, with the latter actually being liquidated. Sadly, it is now evident that success is inevitably decided by financial clout. This leaves owners with the choice of staying within their means and hope fans will remain patient if the team struggles, or risk spending big without the guarantee of success.

Everton can be taken as a prime example of how money ultimately dictates progress. Manager David Moyes consistently inspires his side to punch above their weight despite a shoestring budget. However, they now appear to have hit a wall as it is becoming to appear impossible to break into the elite group of clubs which compete in the Champions League.

Fans now have to ask themselves whether they would rather have an owner who is also a supporter and cares about their club or a billionaire who may cast the sustainability of their club in doubt.