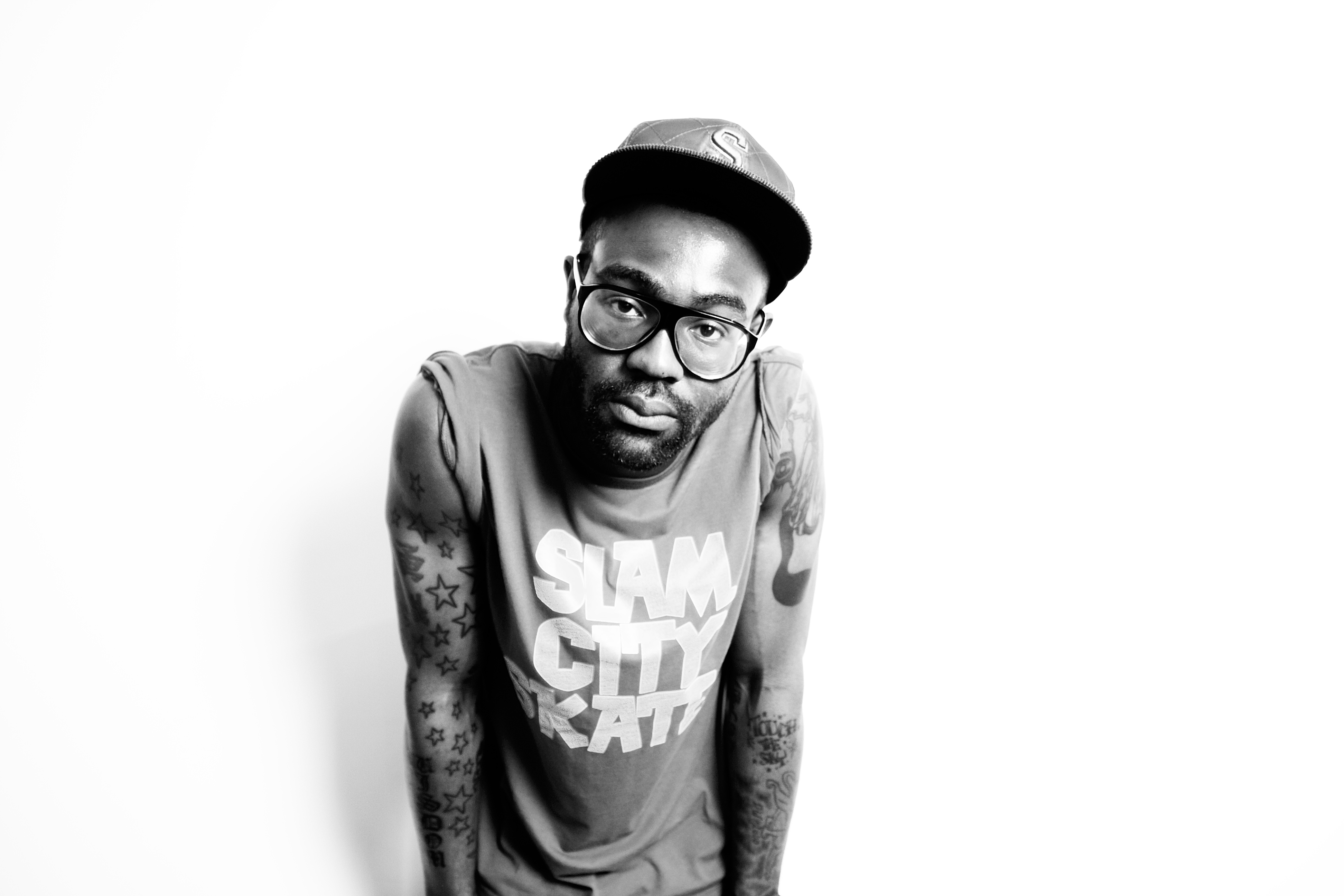 Mikill Pane, or Justin Smith Uzomba to his friends, has worked with everyone from Rizzle Kicks to Katie Price. ‘Little Lady’, Mikill’s rework of Ed Sheeran’s ‘The A Team’, is one of Ed’s most popular collaborations. Given this, it’s safe to say that there are high hopes for Mikill’s debut album. We took a few minutes out of the rapper’s busy schedule to chat about his favourite collaborations, his shoe collection and his thoughts on playing live.

How are you Mikill?
I’m great thanks.

You’ve collaborated with a ton of people; Ed Sheeran, Rizzle Kicks, Paloma Faith, P Money, Jackwob, and that’s just the tip of the iceberg. What’s your favourite collaboration been?
As far as songs go it’s really, really hard to pick, and it changes from day to day, so I don’t really want to pick a song, but my favourite experience I had was collaborating with Example. Obviously everyone was really nice and I get on really well with everybody I’ve collaborated with, but the difference with Example was that he’d just started an arena tour, and he took like two hours out of his day to come and record the song, and he was really up against it. He’d just moved into a new house, he was waiting for furniture, he had to approve mixes and singles for his new album, ‘The Evolution of Man’, and like I said his arena tour was starting that very day as well. The fact that he came out to record the song was the most relieving thing about the whole collaborative process.

Who would you most like to collaborate with?
Annie Lennox. She’s amazing!

So, you recently toured the UK with Rizzle Kicks to sold-out crowds. What was that like?
That was cool man, obviously the fact Rizzle Kicks invited me back on tour for the second time, that doesn’t happen that much from what I’ve experienced. So that was cool, that spoke volumes about how we get on, not just musically, but in general. They like having me around, and I like being around them. The tour was just amazing; it was one of the best of my life. Playing to crowds that big that were genuinely enthused and really receptive, and the interaction with every crowd was amazing. I couldn’t have asked for a better tour experience.

Do you think that’s pushing you forward to play big shows in the future?
Oh yeah. Numbers ultimately don’t matter; it’s all about the spirit of the crowd. But when it’s a massive crowd with a lot of spirit, and a lot of gusto, then yeah definitely. I’m just really looking forward to festival season and embarking on my second headline tour, which will be bigger than my first.

Where would you most like to play live?
I’d really love to do like a West African stadium or something. I think that would be pretty cool.

You play with a live band as well. Is that important for you?
I think it is. I think the show is the most important thing and I think that to get the best out of the show, aesthetically and sonically, you’re going to need a live band. But at the same time, logistically, I can’t always provide a live band, like when I do support tours I don’t take a live band because basically it just costs way too much. It’s more cost effective to take DJ. Bill and Will; they are both my DJs, Will Power and Bill Posters, and they’re both entertainers in their own right. You’re never going to get the same effect with a DJ as you are with a band, but you can get it as close as possible, and my DJs get a lot of love when I perform with them. At the end of the day, a DJ’s job can be quite easy. All they’ve got do is just stand there and press play and shit like that, but if they’re actually getting involved with the crowd as well and you can tell they’ve put a lot of thought into the set, that can be really be really obvious, and it always is when I perform with either Bill Posters or Will Power. 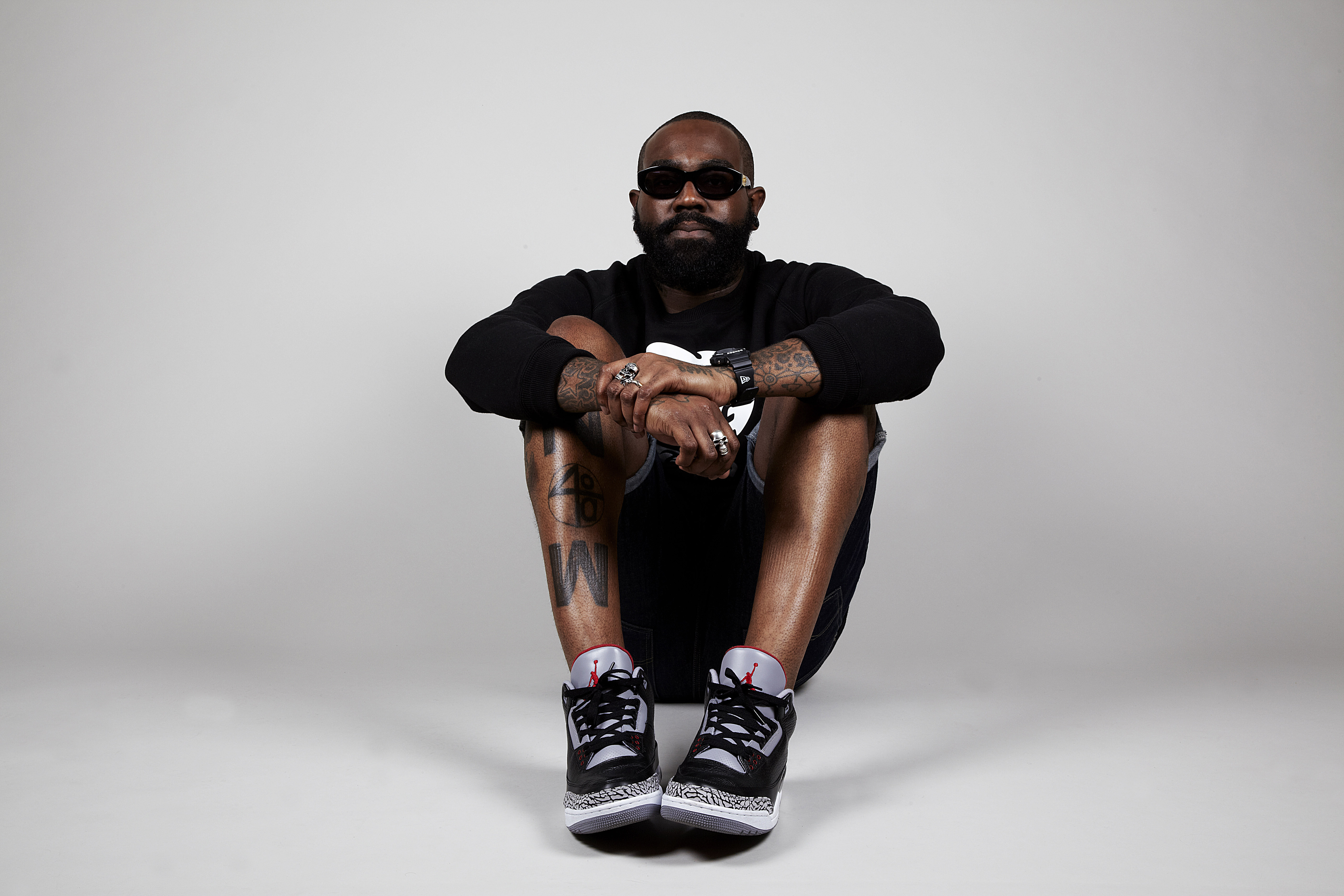 Is DJing something that interests you personally?
Yeah, I used to buy quite a lot of vinyl, back in the day when I used to go on pirate stations with my cousin. I used to buy all the vinyls, and obviously from that I used to mix up some 2-step garage records or whatever. I’m actually going to do some mixes in the future and that, and I want to get into DJing anyway.

You’re a big bike fan, as you make obvious in your songs. What is it about bikes that really does it for you?
Just the amount of scenery you can take in while you’re riding around London. It’s probably the most beautiful city on the planet, and you’re kind of blissfully unaware of stuff when you’re in a car. If you’re driving then obviously you’re just keeping your eyes on the road, and if you’re a passenger then you’re probably just on Twitter or Instagram or Facebook. You’re not really taking in much. It’s really easy to relax while you’re cycling. And they’re just beautiful machines.

You’re also a big fan of shoes, as you mention in a few of your tracks.
Massive fan of shoes.

How many do you have now?
Umm, I think it’s gone over about 650 pairs now.

That must be quite an expense!
Yeah… I have a few vices, and shoes are definitely one of them, but I’ll only buy it if I can afford it. Now, to be honest, I do thankfully get gifted quite a lot of pairs, so it’s cool. It kind of makes the problem worse, but only if you look at it as a problem!

What’s your favourite pair of shoes that you own?
At the moment it’s probably the Jordan IV Bred, I’m actually wearing them now. I’ve waited for them to be retro for ages, so I’m really glad I’ve got a pair on my feet.

The video for your track with Rizzle Kicks, ‘Work’, was filmed over in America.
Yeah we went over to New York to film that.

Did you get to spend much time over there?
No, I only spent like three days there. I had a bit of an adventure in the process; I got interrogated by customs police in my hotel room at like six in the morning, which was quite funny.

That sounds like fun!
Yeah, it was a lot of fun man…

Did you get much time to adventure on your own or were you just filming?
Yeah, the trip really was just us being sort of touristy and adventuring around, but being followed by a cameraman. It was cool.

Your debut album ‘Blame Miss Barclay’ is set for release next year. Do you have a date set for it?
We don’t have a concrete date yet, but it will be second quarter. As far as I’m aware.