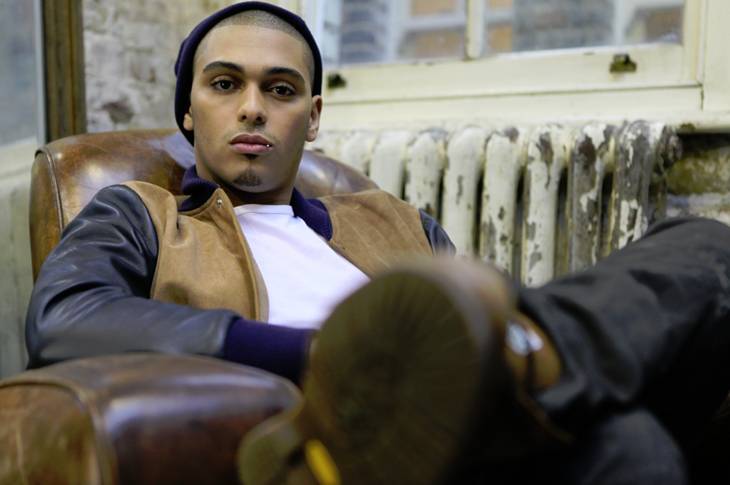 London-based vocalist and songwriter, L Marshall, first came to our attention back in 2011, featuring on Wretch 32’s massive debut, ‘Traktor.’ Since then he’s kept himself busy by penning huge tracks including Loick Essien’s no.2 smash ‘How We Roll.’ Now, as L prepares to release his new single ‘Castles’, we took a few moments out of his busy schedule to talk about his influences, album and views on being labelled the UK’s Drake…

How are you, L?
I’ve been good. I got a chance to relax over the festive break which was nice, because I hadn’t really had a holiday all year, so I went away and I was with my family for just under a month, which was really, really needed. Now I’ve come back, and I’ve just got the eye of the tiger; I’ve been working nonstop, I moved all of my studio operations to my own studio in my house. Now, instead of travelling up and down London to do sessions, I’m just having everything sent over to me. Problem is, as soon as everybody got wind that they can just me instrumentals and I can engineer the session myself, all of a sudden everybody has ten times as many instrumentals they need working on and they’re all urgent! But it’s been good, you can’t complain when you’re busy.

Sounds good! So the single ‘Castles’ is out on the 25th February 2013 – What’s the story behind the song?
It’s just a really honest look at a relationship. I wouldn’t say a modern day relationship, I don’t know if it really applies to everyone, but it’s just an honest look at one of my own relationships. The truth is, I’m not really trying to tell a story, it’s just a statement that I’m making, and the whole point of it is that I might not be the perfect person. Sometimes you need good people around you to help you push yourself, and yeah that’s the line, “Dreams don’t come true; without someone like you.” That’s just the message. Every now and again you find someone special that actually helps you, even without trying to. Their presence just helps you push ahead.

The song itself has quite a big sound, especially the chorus. When it comes to writing your songs, does it all come together at once, or do you write the lyrics and then the music?
I generally just do it all at the same time, but there’s no real formula to it for me. I like to start from line one, so if I have the first line I build the entire song from there. Sometimes I don’t know what the song’s about until I’m halfway through writing it. When I’m in the studio, I don’t put limitations on it. I’ve had songs with a club vibe where I’ve got drunk on pure vodka before I made it! I’ve had other songs where I’m in an entirely sober state of mind, which is the vast majority of them! But it depends what I’m writing about. Sometimes I have to get into the vibe for it, sometimes I don’t. Sometimes it comes in ten minutes, sometimes it takes hours or days. I approach each song like it’s the first one I’ve done in a way. Every single song I do has its reasons for why I’ve done it in the way that I’ve done it, but there’s no all encompassing formula. 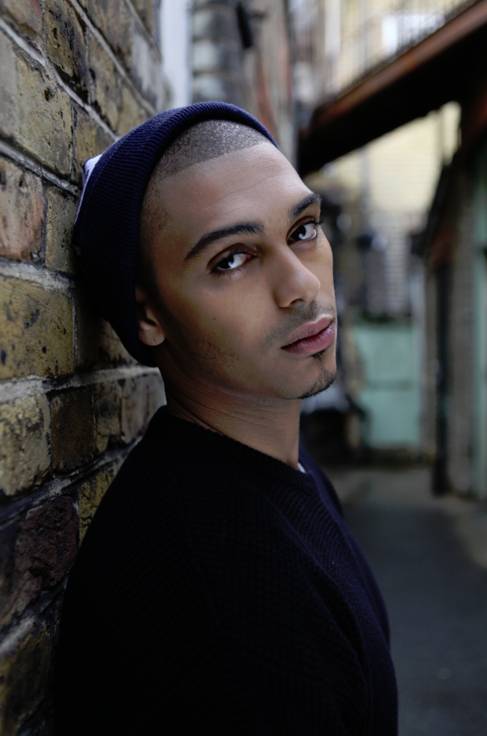 What was it like working with Little Nicki on ‘Castles’?
It was all really cool. I’d never met her before and she came to the studio; she’s just a bit of a nutcase really, in the best way possible! She was bubbly, she was friendly, she had a great voice, she had great talent, she was easy to work with. I don’t have a single bad thing I can say about that girl, and more than anything, that girl’s going to be a star, she’s definitely got that quality. It was just a pleasurable all the way. She’s like a little sister to me now.

Where was the video for the track shot?
The video was in Barcelona. We took a small crew and flew out there for four days, and we basically just made the story up as we went along. It was a great experience.

It’s a pretty awesome video!
Thank you, we had a good time doing it. The stuff that happened, like the fountain going off, that happens every night there I think, and they have this awesome light show that goes along with it. Obviously we couldn’t capture the whole thing, but it was fun. There’s bits of the video where I’m out performing and there’s people around me; those people didn’t have a clue what was going on! It’s not like they’re extras or anything, they were just there. They’re all kind of pointing fingers and looking at you, but then they started kind of enjoying it. They realised what was going on, they started getting into it, behaved themselves and were clapping afterwards. It was just a lot of fun. There was a scene that didn’t get put in the video that I can tell you about, where I found a taxi driver, and I paid him off like 40 or 50 Euros and he basically drove down the main road while I stood on the roof of his car and performed the song, but it didn’t make the cut. It was just a lot of fun to do!

You’ve been called the “UK Drake”. Is that a title you agree with?
It doesn’t really matter who you’re being compared to, if you’re being called the UK anyone it doesn’t sit well. I’m me. I’ll be the first to admit that he’s definitely one of my influences, but he’s only one of them. I think calling me the UK Drake is almost the most obvious comparison that you can make, and if anything it shows that you haven’t really gone too deep into it. I suppose it’s partially my fault as well, because what I’ve put out so far has mainly been geared towards the urban market, but the more we open up this project and the more of my music that gets out there, I think people are going to realise how inaccurate that comparison that really is.

You’ve cited some quite diverse influences before; on your Facebook it says Tupac, Aerosmith, Enya, Daft Punk and Lady Gaga. Do you think diversity is quite important with your music?
I absolutely do. Like I say, it hasn’t all been showcased yet, and the truth is that even that is very watered down. The actual list I gave was about 35 artists long, and they just picked a few key ones. I think that the diversity of the music that I listen to, and the diversity of the music that I grew up with, is very obvious. I never seem to stick to one thing! The biggest difficulty when recording my album was trying to keep it coherent, because I’d be busy recording a country song today, and then I’d be busy recording some crazy trap music tomorrow, and then the next day I’ll want to do some R&B, chilled out slow jam. I don’t stick to one thing. As a song writer, I have to write for people of any genre. When I’m writing for myself, if someone plays me a dance beat and I vibe with it, I know how to write to that. I don’t worry about whether it sounds like L Marshall or not, I just worry about whether it sounds good, and that’s how I approach every song, and it really does make my music eclectic, so yeah absolutely, you couldn’t be more on the point. 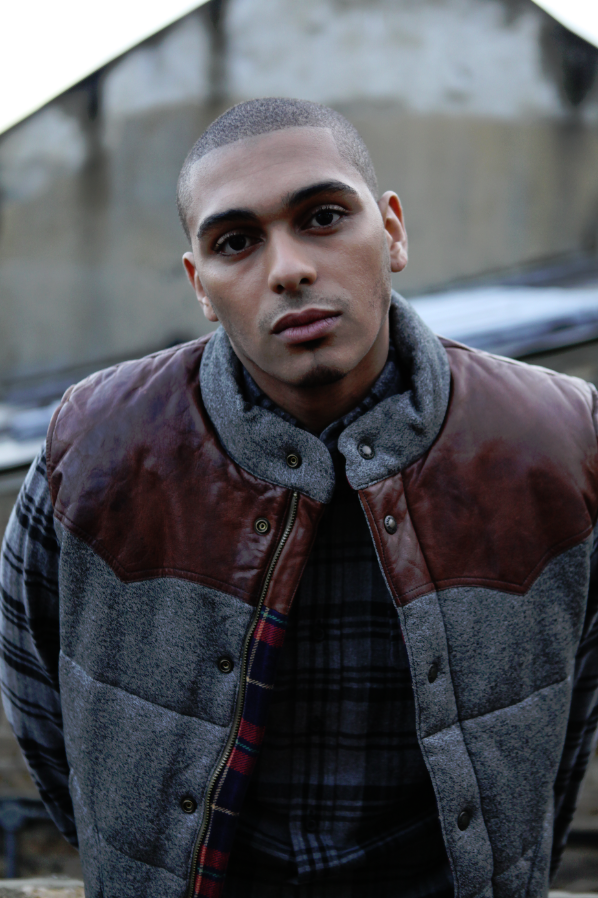 You’ve worked with some huge names in the music business, but who would you most like to collaborate with?
I know it’s reaching, but I really want to do something with Emeli Sandé or Adele. They’re both similar, but without getting in each other’s way. Obviously they’re both unique and they’re both their own people, but in terms of their sound and how it makes you feel, and the quality of their music, they really, really stand out. Ed Sheeran’s another one as well actually. I’d love to work with them because I feel like I’ve done a lot of collaborating with rappers, but I haven’t really had a chance to get in there with any singers, so I’d love the opportunity to do that at some point, but we’ll see.

I read somewhere that you study martial arts…
That’s a bit of a stretch saying I study! I have studied, pretty much throughout my life. I’ve always jumped about. I did karate, I’ve done taekwondo, I’ve done judo, I’ve done capoeira, I’ve done tai boxing, a little bit of MMA, but it’s just more like something I enjoy doing. I haven’t been in the gym doing that for about two years now! Probably once things have set off and I can bring some stability back into my life I will back into it.

Do you think we’ll see that in some of your videos?
I don’t know if I’d ever do one of those boxing videos or whatever, but all I know is that if I ever did do one I’d want to make it realistic. I wouldn’t want to have any cheesy, badly thrown punches. You’re watching these videos and you’ve got such and such an artist, and he’s a boxer in the video, and it’s just awful, the acting is so awful! If I ever did a video where I had to fight someone, I’d probably make him fight me for real. I’d be like, “Get a really good slow-motion camera, and watch me and this guy throw down for real”. Whoever wins the fight will change the story accordingly; if I win then I will triumph like Rocky; if I lose then I can be the underdog. We’ll change the story of the video depending on who wins the fight!

I like the sound of that. There’s a lot of hype about the album. Does it have a title yet?
Yeah, well there’s a couple of working ones. Up until very, very recently I’ve always called it ‘The Creed’, and I think it’s probably still going to be called that, but because of a song that I made over the last month, I started thinking about maybe changing the title. But for now, I’d say it’s called ‘The Creed’.

Do you have a release date in mind for it?
No no, it’s too far away to put a date on it, but ‘Castles’ is 25th Feb and that’s single number one, so by the time we get to the album itself, it could be a while. I’m guessing later second half of this year.

Thanks L, and good luck with the single!
Thanks, it’s getting good reception, so let’s just keep our fingers crossed!