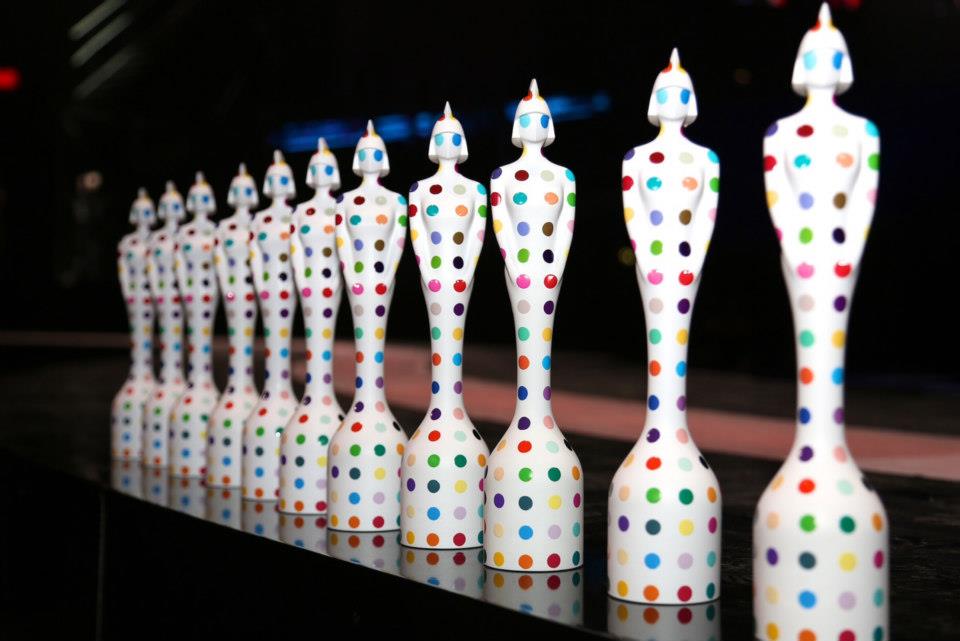 Named best British Breakthrough Artist and best British Male Solo Artist, Ben Howard emerged as one of two major winners at this year’s BRITs. His album ‘Lonely Kingdom’ reached a peak position of 6 in the UK album charts last year, which included singles ‘Only Love’ and ‘The Wolves’.

“This is bizarre, isn’t it? I didn’t really expect it. I’m quite stoked to even come to the awards, so to come away with two of these is amazing”, he said whilst accepting his second award.

“Sorry I can’t be with you tonight, I’m in LA rehearsing for the Oscars. I won’t keep you too long because I don’t want to interrupt the best album speech at the end of the night. But I love you all”, she ironically informed the audience, having had her acceptence speech at last year’s ceremony cut short.

Folk sensations Mumford and Sons were awarded Best British Group, beating off competition from Muse, Rolling Stones and The Vaccines. Their win came 10 days after the group’s LP Babel took the album of the year trophy at the Grammy Awards in Los Angeles. The record has now gone back to number one in the US.

Tom Odell officially took home his Critics’ Choice Award, after being named the winner in December last year. The first male winner of the award, Tom said he felt “very honoured” to be chosen, with previous winners including Adele, Ellie Goulding and Florence and the Machine.

Lana Del Rey saw off competition from Rihanna, Taylor Swift and Alicia Keys to win best International Female Solo Artist. After taking away the (now defunct) International Breakthrough Act Award at the BRITs last year, Lana was a in good stead for this year’s prize, topping off a huge 2012 in which the singer released two very high profile records.

The International Group Award went to first time nominees The Black Keys. The rock two-piece, made up of guitarist and singer Dan Auerbach and drummer Patrick Carney, who recently began a twitter row with Justin Bieber fans after mocking the teenage singer at this year’s Grammy Awards, beat competition from The Script, Fun., and 2007’s winners The Killers.

Paul Epworth took away this year’s British Producer of the Year Award, who took on production duties for Adele’s ‘Skyfall’ last year, as well as her award winning album ‘21’. Epworth has produced records for the likes of Bloc Party, Cee Lo Green, Plan B, Florence and the Machine and The Futureheads, to name just a few.

American rapper and singer-songwriter Frank Ocean took home the International Male Solo Artist award whilst Coldplay beat tough competition from Muse, Mumford and Sons and the Rolling Stones to be named this year’s British Live Act. The award was collected by band members Johnny Buckland and Will Champion, with Champion telling the crowd: “This is absolutely extraordinary.” Coldplay performed over 100 live shows last year, including a huge set at the Olympic Closing Games, and released their DVD ‘Coldplay Live’.