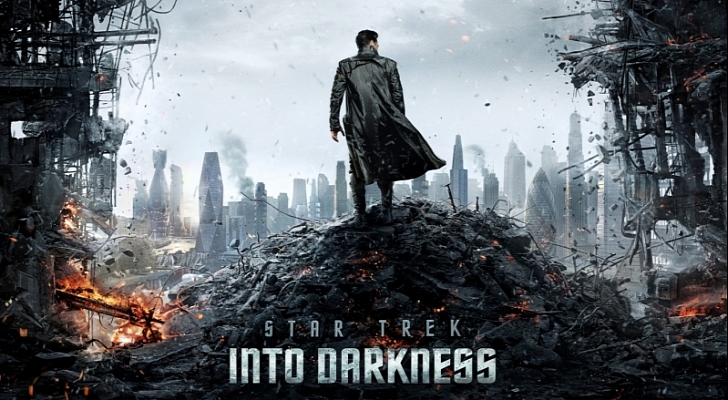 To be Continued… The Prequels and Sequels of 2013

2013 promises to be an exciting year of film with some heavy hitting blockbusters set to get people flooding to the cinema with popcorn in hand. However, some of the most anticipated films of year are the prequels and sequels everyone’s been waiting for from the second in the Kickass series, to the 300 prequel: 300 Rise of an Empire. With almost too much to choose from we’re here to give you the run down of the top five prequels and sequels to look out for…

OK, I realise this is technically cheating, but you can’t have one of the Avengers without the other! In the third instalment, the always charming Tony Stark (played by Robert Downey Jr.) fights to protect the one person he can’t live without, Pepper (Gwyneth Paltrow) but his world threatens to fall apart when he faces his biggest adversary yet: The Mandarin (Ben Kingsley). Meanwhile, everyone’s favourite crown prince, Thor of Asgard, battles the ancient race of Dark Elves led by Malekith who are trying to destroy the universe following the events of New York in The Avengers. Both films promise to be action packed and have us on the edge of our seats from the outset. I have to admit Iron Man almost pipped Thor to the post on this chart but Thor: The Dark World has the villain everybody loves to hate, Loki (Tom Hiddleston), so we just couldn’t choose! The solution? Embrace your inner hero and go watch both of them! Iron Man 3 explodes into cinemas 26 April and Thor: The Dark World is set to kick up a storm 30 October.

Providing you haven’t read the books, The Hunger Games left us with more questions than answers – Does Katniss not love Peeta? What will happen now? Will there be consequences for Katniss and Peeta because they both won? Catching Fire promises to carry on Katniss’ adventure as she prepares for the Quarter Quell and answer all these burning questions. The popular cast return with exciting additions such as Jena Malone (playing Johanna Mason) and Sam Claffin securing the role of Finnick Odair after endless polls and speculation. However, this time around renowned director, Gary Ross, isn’t directing, but popular music video director Francis Lawrence (director of I Am Legend and Water for Elephants) takes his turn. Let’s hope that he can make this sequel just as successful and intense as its predecessor. Catching Fire is set to hit cinemas 22 November.

3)    The Hobbit: Desolation of Smaug

After waiting nine years for Lord of the Rings to take the box office by storm again, it almost seems like torture having to wait till December for the next instalment in the Hobbit trilogy. Watching The Hobbit was like reliving The Fellowship of the Ring all over again with the jaw dropping cinematography and the beautiful action sequences. The Desolation of Smaug promises to transport you back to Middle Earth and straight back into the action once more. Martin Freeman returns as the loveable Bilbo Baggins, now the possessor of the one ring, and is joined by Sherlock co-star Benedict Cumberbatch as the dragon Smaug. Its beginning to look like this instalment is going to amaze audiences once more and December can’t come soon enough. The Hobbit: Desolation of Smaug is set to hit cinemas 13 December.

It’s time to relive your childhood when everyone’s favourite monsters, Mike Wazowski and James P.Sullivan (Sulley), return in this animated prequel, July 12. The prequel follows the relationship of best friends Mike and Sulley as they go through University and shows how the inseparable pair became friends. Disney doesn’t have the best track record for sequels, lets face it Little Mermaid 3 may have been a step too far, but Monsters University is giving every adult a chance to relive their childhood. No pressure Disney, but if you mess this one up you’re going to have a lot of unhappy people to deal with!

It’s been so long since the last Star Trek film we were all beginning to think it was never going to happen, but finally 2013 is the year for the second instalment of this successful franchise. In Star Trek: Into Darkness, we follow Captain Kirk as trouble brews within his own organisation. Kirk leads his crew into a warzone with the mission of capturing one man with a weapon of mass destruction. The trailer boasts some amazing action sequences and intense drama that is sure to please all the sci-fi fans out there. Star Trek: Into Darkness is set to engage and make its way into cinemas May 17.