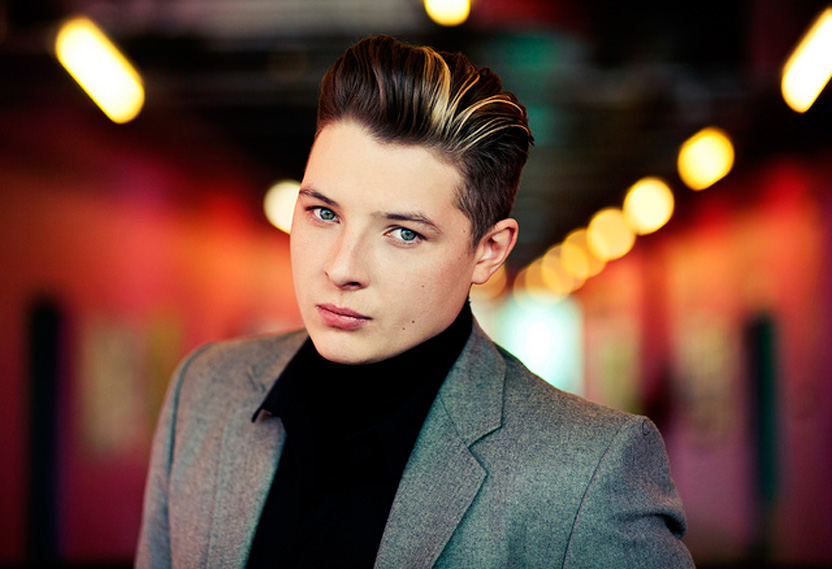 Back in spring last year, after their track ‘Feel the Love’ debuted at number one in the UK singles chart, a relatively unknown Drum and Bass collective named Rudimental, and their friend and guest vocalist John Newman, became the names on everyone’s lips. Now, ten months on, John is working hard in the studio on his debut album, teasing his fans as he goes. We took some time out of the singer’s busy schedule for a chat about his influences, his work with Rudimental and his rise to fame…

I’m well thanks! What have you been up to today?
I’m actually just sat in my studio right now doing some work.

What are you working on?
Just a new little idea that I had late last night when I watched a film.

What were you watching?
Haha, I don’t know why, but it was a film called Jeff, Who Lives at Home. It was quite good, quite funny!

Fair enough! So, you shot to fame quite quickly after your tracks with Rudimental. How have you dealt with it since you’ve suddenly become very known?
It’s cool! I mean, it’s not that bad. Until you say the name, the face isn’t too recognisable at the moment, and especially when Feel the Love came out because none of us were in the video or anything, until we started doing TV stuff. It’s started to pick up now because we’ve done things like Top of the Pops and Jools Holland, stuff like that, and my face has started to be seen. Obviously, I’m starting to put my own stuff out, which people are starting to latch on to. It’s cool; it’s part of the job I suppose!

Are you still working with Rudimental?
Not at the moment. I’m touring with them through this year, and I’m doing Glastonbury, T in the Park, things like that with them, but I’m not actually in the studio with them anymore. However, I think they’re going to come round my end, instead of me going down their end, and we’ll look at doing some song writing together and put something together for my album.

So, you’re still very much involved!
Yeah, we’re really good friends and we spend a lot of time together.

Were you friends with them first, or did it get sorted by the label?
Yeah, well Piers is a very good friend of mine. He was in my band and we lived together. We were really good mates, used to go out drinking together, and then the whole music thing came about. And he’s really good at Singstar as well!

You put out a new mixtape recently, ‘You Want my Sound’, for free. What made you decide to put out something for free?
I kind of wanted to learn how to use (music software) Ableton, and the controller and stuff, and start to show people what is to come, but without giving to much away. That was the perfect way to do it, because literally all the songs in there are massive influences on me in certain ways, and little bits that I’ve used and stuff like that. I thought it’d get it recorded and get it up there!

Is it a bit of a taster?
Yeah, well I thought I’d give it a try, and then I just wanted to back it up with something else, and keep going and keep people interested before they get the first single, because I don’t want to just come off the back of the Rudimental thing. I want some fans to have known about me for a long time, and really love what I do before the first single.

Who are you listening to today? Who’s inspiring you at the moment?
I listen to so much stuff, so many different things. I’m listening to my own music at the moment because the album’s coming on. I listen to things from Led Zeppelin, to up-to-date people; I love the work Skream and Benga do together. I love some of the rappers now; Beyonce and Jay Z and people like that. I love the new Rihanna song, the slow one; I think that’s genius. And Adele, and Bruno Mars. The list goes on!