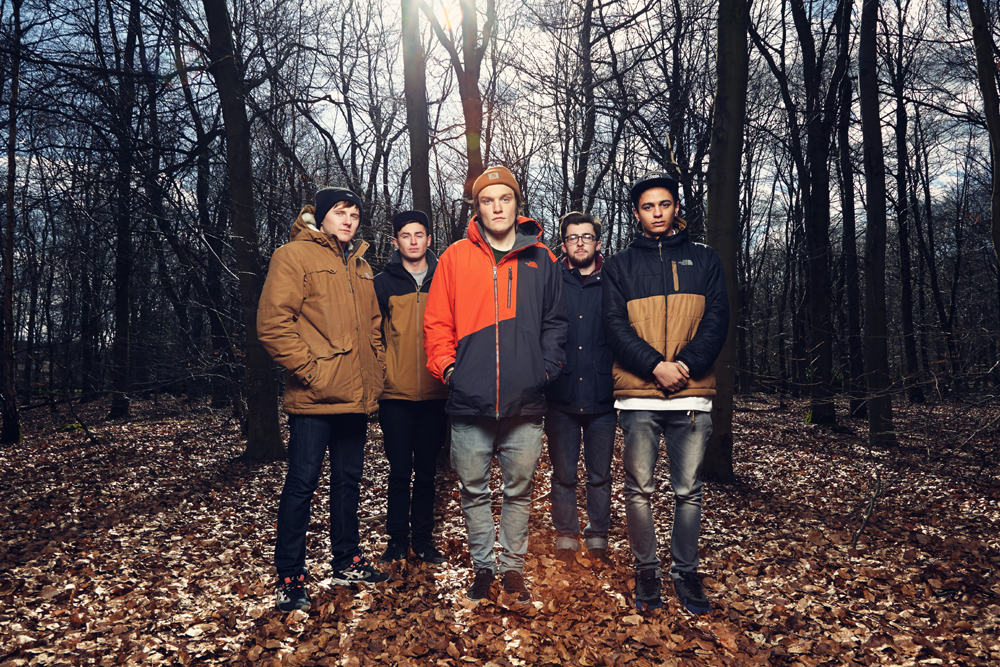 Pop punk is a genre that has always had a loyal following. From its first incarnations back in the 70’s, to today’s devoted festivals like Slam Dunk, fans have hung around excitedly to see what comes next. And right now it’s good news, because what’s coming next is Neck Deep – a five-piece with a mix of classic and modern styles that is catching the attention of fans up and down the country. We caught up with bassist Fil Thorpe-Evans on a break between shows for a chat about the band’s musical influences, upcoming tour dates and Neck Deep’s recent EP, ‘A History of Bad Decisions’…

How are you Fil?
I’m great thank you! I’m heading back up to Manchester later today; we’re starting tour again. I’m just getting my stuff together as we speak really.

You’re on tour at the minute with Attention Thieves. How did the first two shows go?
Yeah they were really great! One was in Milton Keynes, and the other was in Aldershot. Those are places we haven’t played before. The first one had a really good turnout; a lot of people came down which was great, and the second one was really good to. We’ve played the venue in Milton Keynes in different bands, but we haven’t played it in Neck Deep, so it was really cool to see a fair few people to come down. 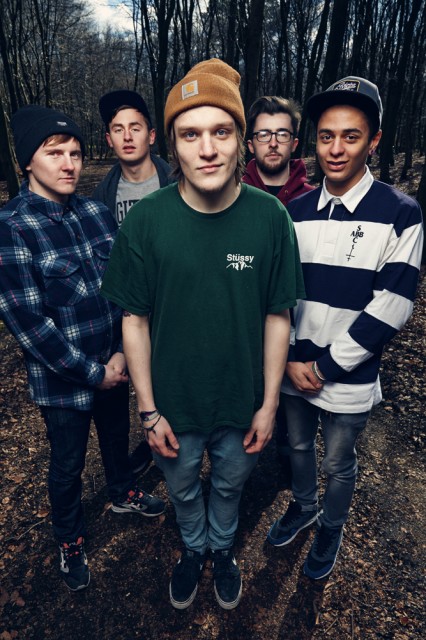 How have you been spending your time off between the shows?
Well personally, I’ve been ill! I’ve just been sat in my room not doing a lot. I had a bit of a throat infection this week, so my days off are pretty lucky days off for me. The second show, I was feeling a bit run down, and I woke up the next day feeling really ill. I think everyone else has just been hanging out!

Out of the shows you’ve got lined up, which ones are you most looking forward to?
Well, we end the tour in London, and we’ve played there a couple of times now and it’s always really good fun. We’ve all got friends there; it’s always a good turnout. I know we’re playing in Kent as well, which I think is going to be a big one. That one’s set to be quite a good night. Other than that, I don’t know, I don’t think there are any specific nights, I think it’s all going to be a good laugh, and hopefully they’re all good times!

Your EP, ‘A History of Bad Decisions’, came out last month. How’s it been going down?
Really, really well actually, yeah! We got that out, and we were really eager to see what the reaction was, because we personally felt it was a bit different from our first EP, ‘Rain in July’. Not like a genre change or anything like that, but just that we’d put a different vibe on it, and we wanted it to be a kind of insight into what we were going to try and aim towards for a full length or anything like that, and the sound we’re trying to get. So far the reaction’s been great. Our manager keeps sending us reviews and stuff that are being put out, and they’re all really good, and we haven’t really heard any bad words about it. We haven’t had any messages saying, “you suck, I hate you guys now”, which is always a good thing! The most important thing is if fans like it and stuff, but it’s always good to know what websites and magazines and things like that think of it as well, but it’s been really, really positive, and we’re really, really pleased with how the reaction’s gone!

Do you have a favourite track on the EP?
Hmm… I don’t know… I really like the new EP, I’m a big fan of it as well! I don’t think I have a particular favourite. Maybe Tables Turned, because I think that was the one that was maybe a little bit more different for us. But then to be honest I kind of feel the same way about  Up in Smoke as well. No, no, I don’t have a favourite. I’m really stoked about how all the tracks came out. 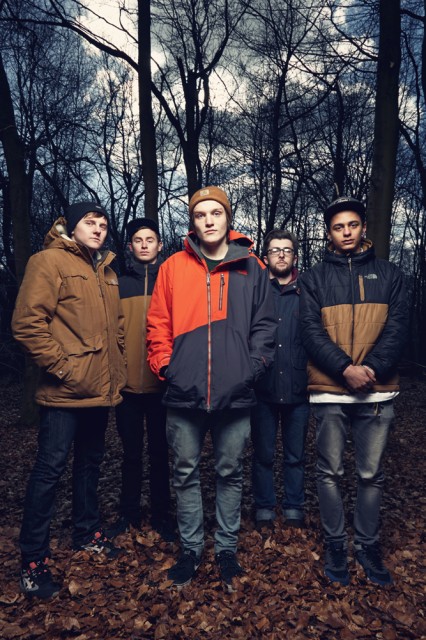 You guys are from Wrexham, is that right?
Well, not all of us, but I guess our base is there, but to be honest we literally couldn’t be more scattered. We don’t really have a hometown. Ben’s from Wrexham and Lloyd’s from Wrexham, and I’m the only one of the band who isn’t Welsh; I’m from Lincoln. West lives in Manchester, Dani lives in Guilford. We’re sort of all over, but it kinda feels like Wrexham is our base, even if we’re not all from there. When recording is happening, that’s where we do it.

What are your main influences?
Like most bands, everyone’s got completely scattered and really individual influences. I’m personally into like pop-rock, and hardcore, and melodic hardcore, and all that sort of stuff. I listen to everything. We’ve all been in different bands, like Lloyd and West were in a proper hardcore band before Neck Deep, and I played bass for them on tour, which is how I met them. It’s so scattered though, I listen to everything, mostly like pop punk and hardcore, but I also listen to like harp, and acoustic stuff, and some electronic stuff. I don’t think we have any sort of specific sound. I think musically it’s probably classic pop-punk, like New Found Glory and that sort of stuff, which was obviously a big influence to us, because we grew up listening to that sort of stuff.

You’re recording your debut album this year aren’t you?
Yeah, we haven’t got a date or anything like that; we’re still in the writing process of it. The EP we just released should tie us over and keep them interested for a while. There isn’t anything I can say about dates or anything like that because we don’t really have any right now. Once we get back from this tour we’ve got a lot of writing and things to do, and those things like dates and plans will start falling into place. But that’s set to be done this year.

Are there any festivals you’re looking forward to this year?
I don’t know about the others, but I think we’re thinking about going to go to Slam Dunk. I haven’t really checked out any others, so I’m not really sure, but we’ll probably end up hitting at least a couple of them!