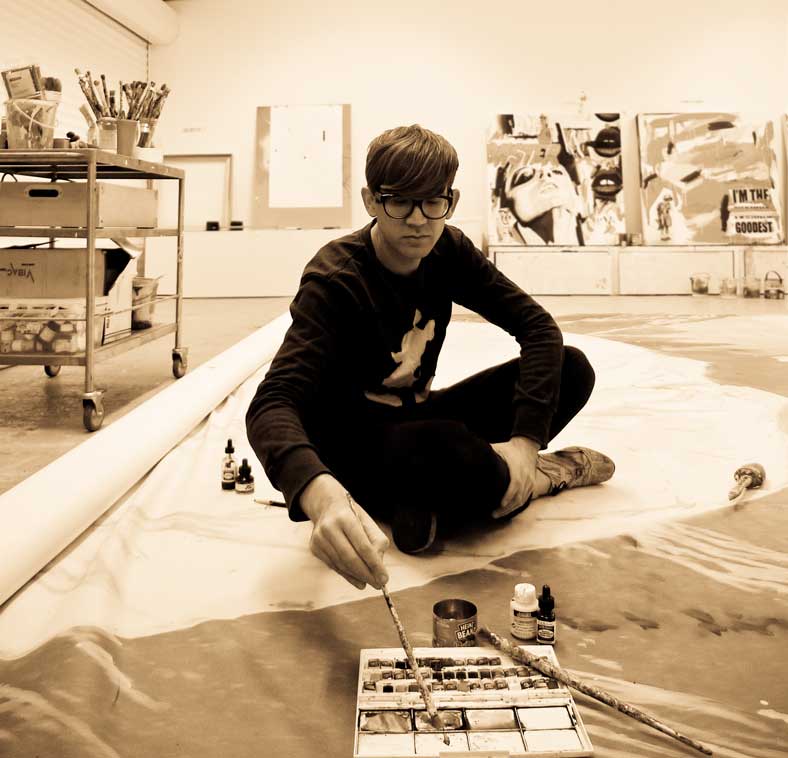 Stuart Semple is a globally recognised artist and curator whose work can be found in major international collections including the Getty, Langen, David Roberts and Niarchos foundations. We managed to grab a few minutes of his time to talk about his idols, views on the relationship between art and technology, and how art students nationwide could see their work published on billboards across the UK, in a competition run by the AUB…

Hi Stuart, could you run us through the ‘Who Are You 2’ competition that you are involved with?
Sure. Basically it’s a competition run through the Arts University Bournemouth for young creatives and the prize is to have your work showcased on billboards across the country. 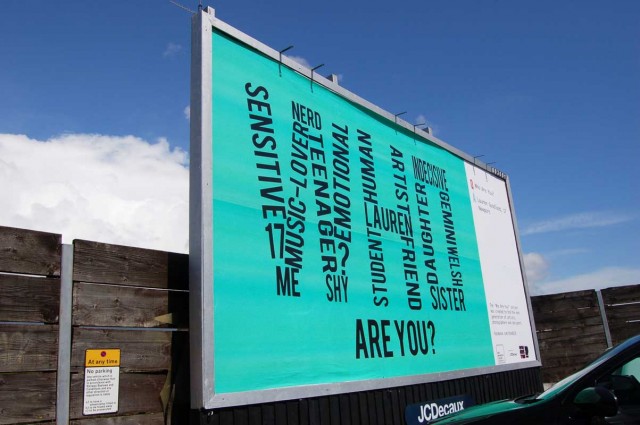 This is the second year – I think it’s a bit bigger this year. We had some brilliant entries last time around, and so far this year is looking really good too.

How can students get involved?
The best way is to go on the Facebook page. There’s a list of rules and everything you need to know. To enter, students send in a piece of work which best describes who they are, whether it’s graphic design, photography, whatever; something that expresses themselves creatively.

What’s the judging process like; what are you looking for this year?
Personally, I just want to see people be really true to who they are with some really honest work. They has been some quite brave work sent in; it’s quite hard to say who you are in public. I’m just excited to see some new talent and some new ideas really.

As an established artist and drawing from your own experiences, what advice would you give to students looking to get their name out there?
I think the most important thing is being true to your own work, rather than making something that you think people will buy. Really get to know yourself, find your own voice and your own way of doing things; that is what’s going to make you stand out from other people.

What was your personal breakthrough would you say?
It was very slow with me. I started putting my work on Ebay when I was a teenager and people started to collect it. It grew very organically from there really. This work I was selling for a couple of quid 15 years ago. There wasn’t one day when it all suddenly happened. I just kept doing it and plugging away at it. 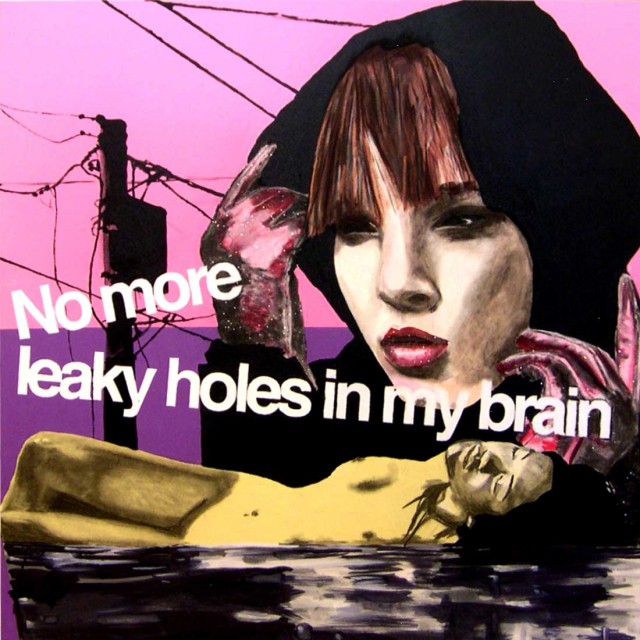 What inspires you creatively? Is there any one particular area?
Probably music. When I’m really stuck for an idea I’ll hear a song or something and start to get ideas and images for work. Whenever I’m stuck, it’s always music.

Obviously with the way technology is now, and with yourself crossing over traditional and digital art forms, do influences vary with each piece you create in terms of whether it’s a video or canvas, for example?
Yes, definitely. Like you say, technology has really opened up a lot of things. With the Internet I can access videos, images, whatever; it’s all available. If I’m making a video, I can check out music videos on YouTube, which I probably couldn’t have done five, ten years ago.

Do you think the future of art is directly related to the future and development of technology?
I think art will continue to progress with technology, so as technology expands, art and where it goes will expand as well. Likewise, traditional art, such as drawing and painting, will still be there. I think both will grow together.

With us being in such hard economical times, and with cuts to educational funding, especially in the arts sector, would you say it’s never been harder for aspiring art students?
I think it might be more difficult, but I think it’s more essential that they keep doing it! At times like this we really need artists, visionaries and creatives to show us where to go, you know? The creative industries count towards a huge proportion of our economy, it’s something like 16% which is nearly as much as banking. It’s short-sighted of the government to put these cuts in place because as a country we are extremely creative, whether it’s advertising, graphic design, film making, fashion; we lead in all these fields. I think it’s really important for students and people to continue pursuing these areas. 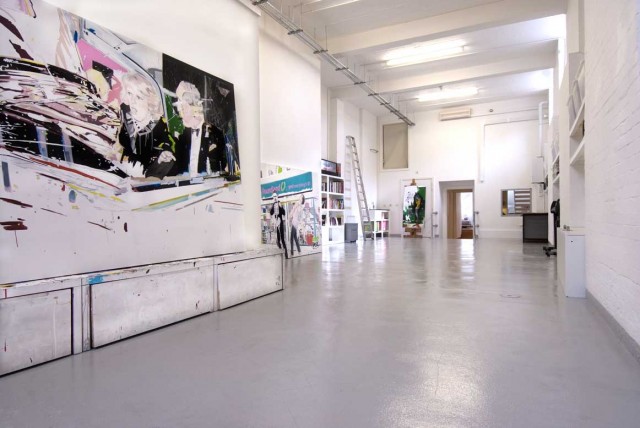 What personal projects have you got lined up?
At the moment I’m working on a whole new series of work for a show in London towards the end of the year and that will then tour Australia in November across four or five cities.

What is your favourite or most exciting piece of work? In all honesty, I get bored of them once I’ve finished! I know that sounds weird but I stare at them for so long; when they’re done it’s actually a relief! I don’t think I’ve made it, whatever it’s going to be.

Do you have any idols or people that you particularly admire?
Loads. I don’t know where to start… Bob Dylan, John Lennon, Ghandi, Steve Jobs!

How about from a traditional art perspective?
Van Gogh. He’s the one that did it for me. When I first saw his paintings, that was it. I knew that was what I wanted to do.