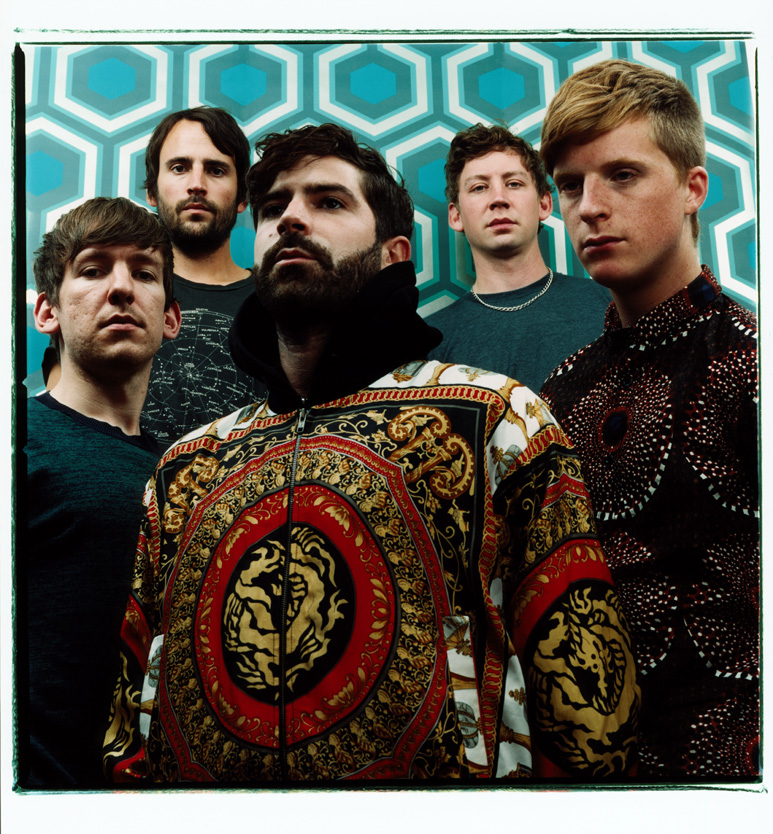 FOALS made their long awaited return to the big time this year with the release of their critically acclaimed third record, ‘Holy Fire’. Making it a hat-trick of consecutive top tens, the milestone album saw the Oxford quintet reach the dizzy heights of number two in the UK charts earlier this spring, with lead singles ‘Inhaler’ and ‘My Number’ showcasing the band’s ability to produce accessible pop music, whilst also maintaining a truly inimitable sound and identity. We caught up with bassist, Walter Gervers, who hinted at the fact this could be their most confident collection of work yet, and also gave slightly off-track insights into the personalities of his fellow band members… Animal style!

Hi Walter! How has 2013 been for you so far? I’m guessing very good…
Haha. Yeah, I suppose so. It has been very good! We haven’t had time to stop and take stock yet since we started in January, though. We spent some time in Australia earlier on in the year for a few festivals in the intense Australian summer heat, then came back for a UK tour in snow and rain, which was pretty weird! We’re really pleased to have the record out; it’s exciting to see it out there in the big wide world but at the same time we’re always quite wary of getting too over excited. We’re back where we feel most comfortable now, which is pretty much being back on the road, playing shows and getting on with it.

I didn’t realise the extent of your North American tour coming up soon, it’s massive!
Yes. It’s full on. It’s quite scary actually! Until we’ve chipped away at that I think we’re going to feel quite anxious.

Would you say it’s the longest or potentially hardest tour you have been on as a band?
In terms of the amount of dates, yeah. In terms of comfort, it should be alright. Luckily there is a tiny little break in the middle of it, which I think is after seven weeks, where we come home for a couple of days, but even that’s full of promo, sessions and a show in Northern Ireland. All in all it’s about eleven weeks of touring out there which is pretty terrifying! We’ve toured America a few times now. Each time we go back there, the venues get a little bit bigger a lot of the time, which is great, but you can’t really tell what you’re going to be doing each time you go back. We will have fun though, that’s the main thing!

Do you prefer to return to venues you have played before?
Yeah, definitely. There’s like a real nice familiarity with a place where you’ve had a good show before. Returning to somewhere like that can be awesome. 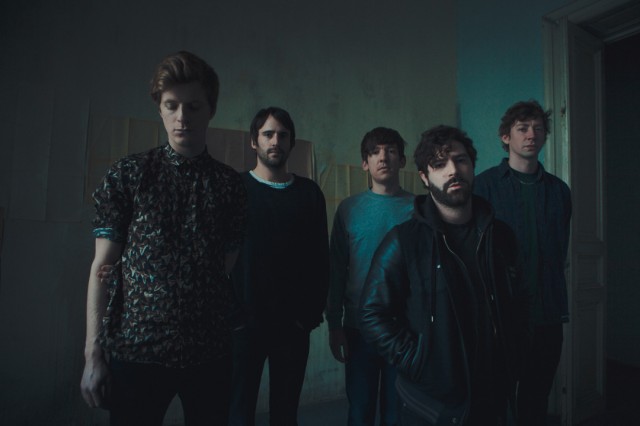 As you mentioned earlier, you went to Australia at the start of the year. I imagine the festival scene out there has quite a heavy party atmosphere to it. Did you guys let loose a little bit whilst you were out there?
Yeah, it really has! There are a lot of angry red neck Australians around. Haha, no they’re lovely really. Australia Day, in Sydney, in 46°C heat, with lots of red face drunken Auzzies was quite daunting. But we had some great parties out there actually, it was really cool. We do pretty well in Australia within reason, so it was quite a good thing for us to go and do.

I was checking out the official video for your new single ‘Late Night’. It’s quite striking; quite explicit!
Haha, yeah, it is isn’t it!

Did you guys have much input in the direction of it?
Yeah it was great fun. We filmed it out in Romania. It was kind of a combination of Yannis and Nabil’s [director] thoughts. I suppose we wanted to do something that was a short story. We’d never really done anything like it before in a video; it’s incredibly symbolic, with the full circle of life going on. It was an opportunity we jumped at really.

In terms of the lyrical messages, what is the record about?
It’s difficult for me to say, I can’t really express what Yannis lyrics are putting across with any justice. What I can say is that this time round, it feels like he is singing from his heart and his soul a little bit more as opposed to previous records which were all about imagery or painting pictures. It feels like we’ve got more of an audience now, and he is more comfortable talking about his emotions and relationships between people. In terms of specifics, a lot of the stuff though is still quite open ended. Our songs are quite often not about specific things, but more what Yannis is feeling when we’re back in Oxford in our dark, little studio! It’s whatever comes to him first, and then he just expands on it. That’s certainly what happened with ‘Late Night’. 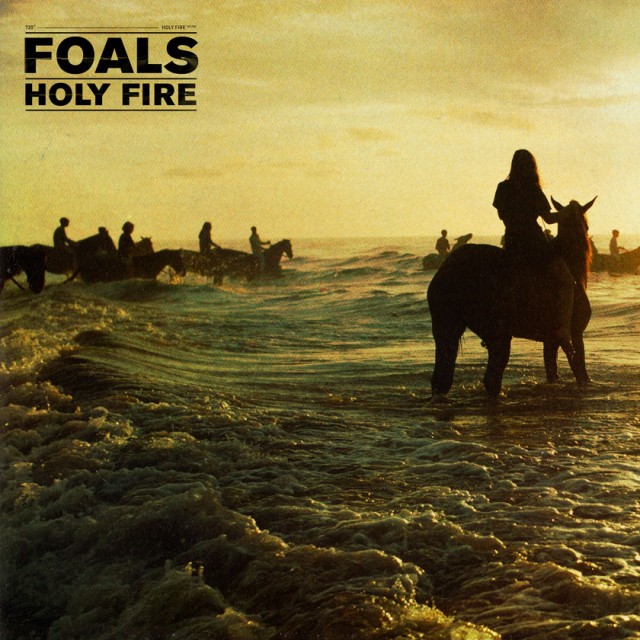 Obviously you’re three albums in now, and three consecutive top tens in the album chart. That must feel good!
Yeah, yeah it does. That kind of stuff we never would have dreamt of when we started this band. All of the things like that are amazing and feel really good, and fill us with confidence, but at the same time it’s not really what we’re about; we try not to dwell on that sort of stuff. One of the things that gives the band its longevity is that we don’t really aim for those sort of things. But it is nice to see that people who were into our band are still there and are enjoying us progressing and maturing.

A foal as we all know is a baby horse, but what animal would each Foal’s band member be and why?
I would probably be a sloth. Everyone is always teasing me that I am very slow and long limbed. Yannis is a little tazmanian devil, you know, like an angry, burly sort of creature. Edwin we quite often say is a bit like Eeyore, a kind of slow donkey. Jack is like a meerkat or a ferret. What about Jimmy? Jimmy is a bird with ruffled feathers, like a crow.

Not the nicest of birds, a crow?!
Ah no, but very wise! And very loyal.

Haha, I feel like I have learnt something new today.
There you go!

We’ve had a couple of questions sent in on Facebook and Twitter. Charlotte asks, “What is your favourite song to play on stage?”
At the moment, it’s Providence. It’s so satisfying to play. When we wrote it, we imagined ourselves playing it live and how people would react to it, if that makes sense? When I see it on the set list, I’m like, “yep, here we go!”

Curtis asks, “How excited are you to play your new material on the main stage at Reading?”
Very, very! And slightly nervous! We’ve never done that before at Reading, we’ve always been in tents. It’s always a real high point of our year so we try not to think about it too much because we might get too excited, too worried, or both!