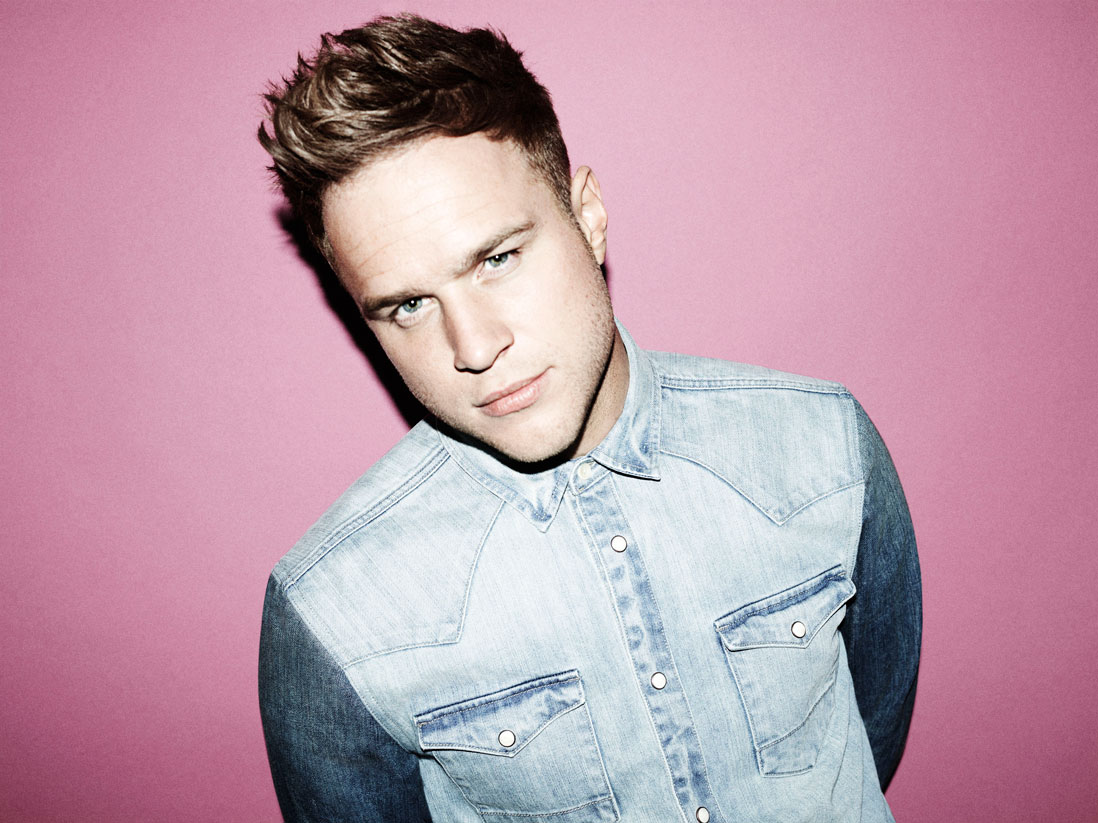 The Student Pocket Guide | Olly Murs: Interview
By Will Manning

He has become one of the country’s most adored pop stars with a succession of chart topping singles and albums. Now touring his third record ‘Right Place Right Time’ across the UK and the rest of the world, we were lucky enough to squeeze in a few precious minutes with arguably the cheekiest smile on the planet. Yes, ladies and gentleman, please welcome, Olly Murs!

We are backstage with Mr Oliver Murs! How are you?
Ohh, you called me by my first name!

Is that alright?
Of course you can call me Oliver! That’s nice!

So, we’re from The Student Pocket Guide, and were wondering if you had the opportunity, would you be a good uni student?
No! I was a student at college for three years. I remember doing drama, dance, and I was supposed to be doing sports, but I was too glued on dance and music, plus the girls were in those subjects! We used to have health and beauty on the same floor as sports though.

Basically, you were distracted?
Well, we used to run the whole Sports Centre. Me and a few mates had our own office, and we would hire out courts to students and sort out the use of the gym, things like that. We were in control of it! But most mornings, whoever got the morning shift was like, “Ughh, damnit…”, because all the beauticians would come in and it would always smell of women, and beauty products. 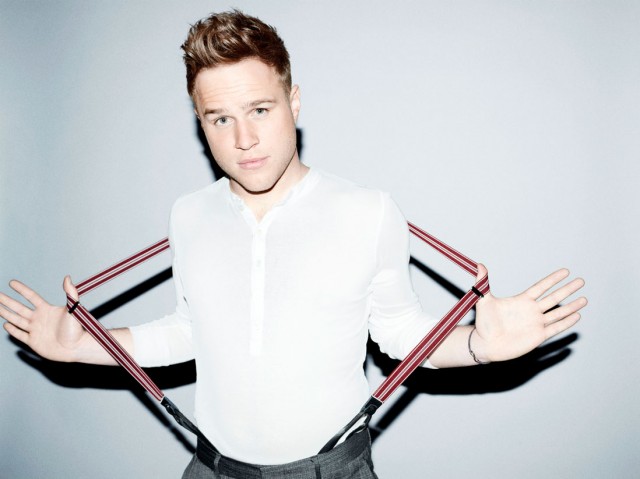 If you went to uni, do you think you would have been one of the party animals?
Yeah! I think university has the rep for that, and I can understand why people go and do it, but I had a vision of what I wanted to do. I wanted to earn money and work, and I knew that if I went to university I wasn’t going for the right reasons. I think you have to go for the right reasons and that’s to further your education, instead of furthering your social network by going out and getting drunk!

What would be your ideal party? Apart from having your album on repeat!
Nah, I wouldn’t have my album on. Everyone would fall asleep! My ideal party… I don’t think it matters where it is to be perfectly honest. I think it all depends on the people that you invite. I’ve had parties where there has just been 12 of us round a mates house having a few drinks and a bit of a rave up, so I don’t think you need to have loads of people in a special venue.

When was the last time you had a day off?
Well, yesterday was a travel day. We went from Aberdeen to Birmingham, so that was a nice six or seven hours on a coach doing nothing! It’s kind of nice in a way, but also on a bus it’s a bit mucky with about twenty lads; I didn’t feel very well coming off the bus yesterday!

Like being on a long-haul flight, without the flight…
Yeah! You get off thinking you’ve caught the flu or something.

Have you got any tour bus antics you can tell us about?
No, I’m really boring! We’re on our tour so I like to stem a very professional work outfit, so everyone is pretty good. We do go out and have a few drinks but I’ve got 28 shows to do so I need to make sure I’m fit and healthy and that the fans are getting a good show, otherwise if I was out partying and drinking I’d be doing Beibers every night! 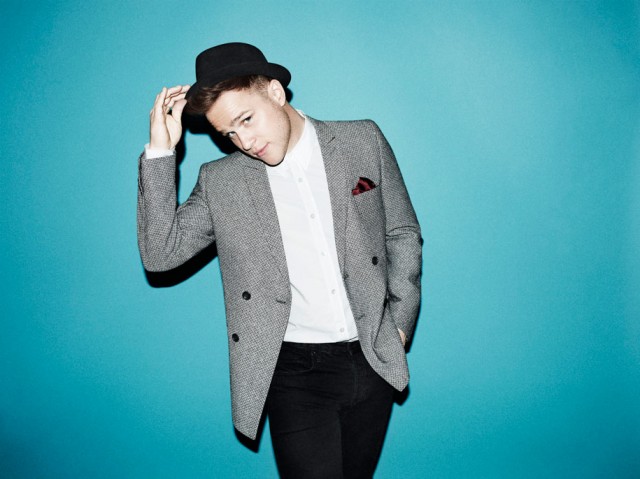 I’ve got a mate, hypothetically, who has never heard of you. What would be the one song I should play that person and say this is what Olly Murs is all about?
Oh, that’s interesting… I’d probably say Troublemaker. I think it’s fun, cheeky, cool and it’s me. So that, or Heart Skips a Beat. Do you know what? All my singles! Haha, if there were three I could pick, I’d choose Dance With Me Tonight, Troublemaker, and Heart Skips a Beat. Which one would you pick?

Probably Troublemaker.
Cool. Dance With Me Tonight would be a good one because it’s got my name in it! Name dropping. Nice to meet ya!

We’ve got to talk about Xtra-Factor. What’s this about you and Rylan? Is he taking your job?
Haha, I think you should take my job! If I’m not doing it, would you like to do it?

Yeah, put a word in! But what about you, are you doing it this year?
I don’t think I’ll be able to because of my schedule. But I keep hearing that the format is going to be different and that it will be later on in the year, so… I just don’t know.

You are brilliant on it, but do you think Rylan would bring something ridiculously over the top and outrageous?
I think Rylan is a very funny and outgoing character. I think the show needs a presenter who is a little bit serious at times, and I don’t think Rylan is a serious guy! He should definitely be a part of the show next year, but whether that will be as a presenter or cameo, I don’t know. But apparently he’s been linked to Big Brother and all sorts! 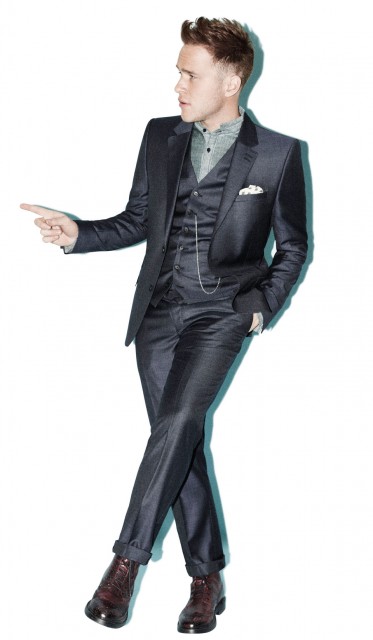 If you were your big boss Simon Cowell for the day…
Who would I fire?

What would you do?
I’d see if I could travel the world in one day. He’s got millions and billions and trillions of pounds, so I think you could easily get one of those super-army-planes and fly around the world. You could easily do it!

It would make a good TV documentary, we should think about that. We were talking about Caroline Flack before, is it you or her that’s playing hard to get?!
We’re just good mates! If me and Caroline were at university, we would have just been good mates. She’s a really good laugh and someone I can hang out with. She’s a top, top girl!

Does it annoy you getting asked that?
No! Although, some people are like, “Oh my God why don’t you fancy Caroline, she’s amazing?!” It will be the same for her, and she will just say the same thing.

What does make you angry? Because you seem to be the nicest guy in music…
When people are personal and say horrible stuff about me. But, if people give constructive criticism or genuinely don’t like my music, then fine.

Finally, what’s coming up over summer?
I’m doing the Robbie tour, quite a few summer shows myself, then obviously we have V Festival coming up as well as some others. There aren’t many other plans yet, but I’ve got those and then a nice holiday at some point!