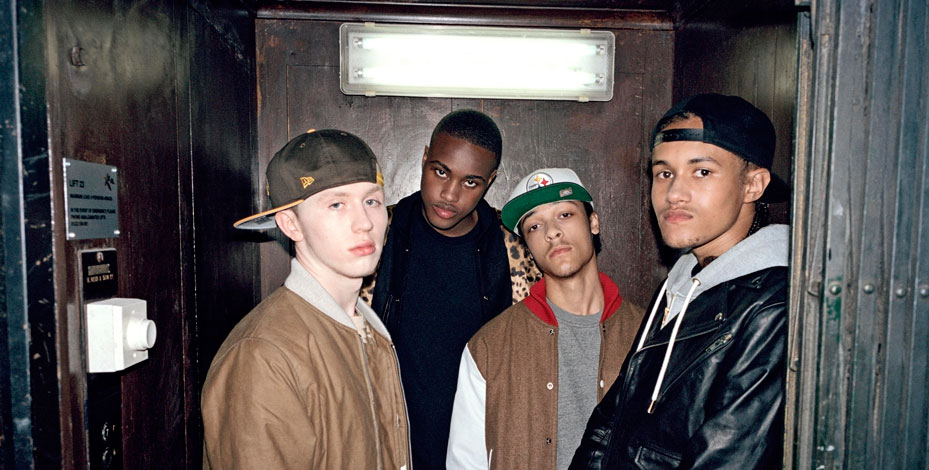 Shizz, Tempz, Merks and Kay Willz, or Rascals as they’re better known, are lighting up the urban music scene across the country. After receiving support from Zane Lowe and Hue Stephens with their new track ‘Fire Blaze’, which includes a verse from Professor Green, the Bow boys are setting their sights high. We caught up with Rascals in the run up to the release of their new single to chat about influences, touring with Kendrick Lamar and making music from a young age…

Hey guys, how are you doing?
Yeah, what’s up?

I’ve got to start from the beginning, where I know you guys actually began as a ten-plus strong piece. How did you narrow it down to four?
Well we grew up in Bow, and we had a group called Mucky Cubs. We had olders that were called Mucky Wolfpack and then the youngers which were called Young Wolfpack. Management then got involved after they’d seen our video, they picked three of us [Merks, Tempz and Shizz], and from then we were known as Lil Rascals. We had videos on Channel U, which was New Era – Bang Ya Head. That did all right as well, it was number one on Channel U.

Yeah, it was for a long time as well!
After that we decided to have a little break and get our heads down with school, but when we got back together we thought that we needed something different, something extra to add on to the squad. We thought we needed a male singer, so we brought in another member from Muckey Wolfpack; we thought it was only right to bring in someone we know, someone we’ve worked with and grown up with, so we brought in Kay Willz.

Now correct me if I’m wrong, but when you first started you were only about twelve or thirteen years old. How did you deal with the stereotypes that others may have had about you, maybe that you were too young to do music?
Well back then we didn’t really care what people thought, we did music as a hobby. When you’re young you don’t really care about all the criticism or even like what money you can get out of it; it was just a hobby to us, a strong passion. Being from Bow and having people like Dizzee Rascal, Wiley and Roll Deep, that to us was just natural. We just made music. When people asked us how did you get into music, we’re like, “we’re from Bow, that’s what we do!”

Who did you aspire to be like or draw inspiration from?
Around those times growing up in Bow, it was Tinchy Stryder, Dizzee Rascal, Wiley, Ruff Sqwad altogether, so going to all the youth clubs that’s what we’d hear and that’s who you’d see. Dizzee inspired lots of people; he won a Mercury Award and that was a big thing at the time. We remember looking at the newspaper, seeing that and just grinning. That gave us inspiration. It showed us that someone from our area can make it, so it’s possible. 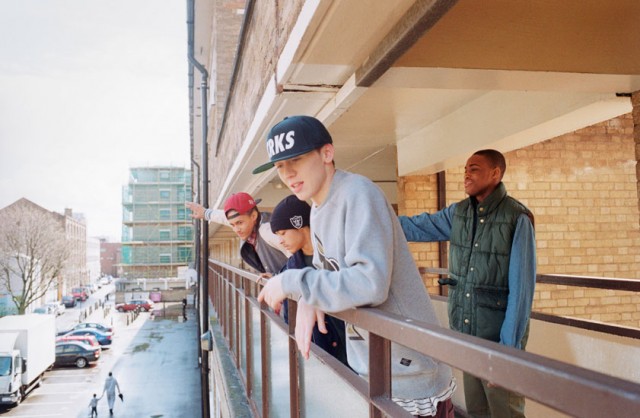 Earlier on you said you took time out to complete your schooling back in 2007. So from 2007 to now, with the exception of school, what have you guys been up to?
Just building our craft as artists and individuals and perfecting our skills. Now we are signed, we are all doing the same thing.

Your single ‘Fire Blaze’ is out April 14th. How would you describe the sound  to those who haven’t heard it yet?
Energy!! It’s crazy, it’s Rascals!

You hooked up with Professor Green on ‘Fire Blaze’. How did that come about?

Well, he’s been showing us love ever since we put out Ape, and we’re on the same label so it wasn’t like he was far away from us. He’s always supported us so it was only right to bring him on.

It’s not just Professor Green you have support from; you’ve had crazy support from Zane Lowe, Hue Stephens, DJ Target and Mistajam. What do you think makes Rascals so special to receive such a huge amount of support?
Not sure. When you look around the music industry there isn’t much out there that is unique like us, three spitters and one singer. We all have something unique to bring to the table, and at the same time it’s about being loyal and true to yourself. People will see that.

You’ve got a project called Class 90. Can you tell me a little bit more about this?
Class 90 is our company which we made with our management. It’s an entertainment company, it is something where we can give back to our communities to youth clubs. We got a singer called Ryan De La Cruise and he’s signed to the management side. He was in Ill Manors and got signed to Sony. So, it’s just giving back really. Any business ideas they may have, we wanna be there to try and support them, not just in music. It can be anything from modelling to building your empire!

What’s your final words to anyone out their aspiring to be a musician or even someone who wants to work a normal 9-5?
Just to work hard at it and you can accomplish your dream. When we were younger, I didn’t believe that, but now I know that if you work real hard you can make your dreams true. Good things don’t come to those who wait. Good things comes to those who work hard!