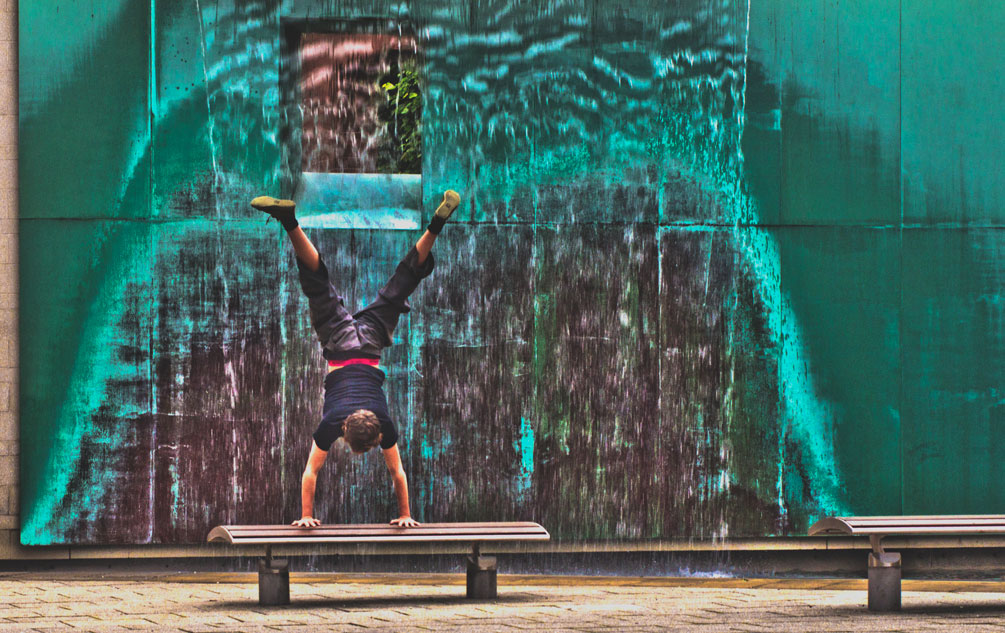 The Art of Parkour

The Art of Parkour | The Student Pocket Guide
by Nathan Wadlow

You may well have seen this before: athletes running across the rooftops of a city skyline, jumping from one building to the next, continually moving in a smooth and artistic manner. It’s exciting to watch and highly impressive, with such feats and movements seeming impossible to you or I. This discipline is called Parkour – the art of movement. It has gone from its sheltered existence in the sleepy Parisian suburbs to what is now a globally recognised and practised movement. We can see it on YouTube, on TV, in the parks of our cities and now, even in schools, taught as part of Physical Education. We caught up with two guys who are part of this new generation of Parkour enthusiasts, commonly known today as Freerunners. Meet Marcus Wilson and Ryan Lovejoy, 17 and 19 years old respectively. Marcus, a Freerunner, and Ryan, a film student, both of whom are making serious footsteps.

How about you Marcus?
Yeah, it was through YouTube. Then me and a few friends went out and tried it.

How long have you guys been practicing?
Marcus: About four years now.

Ryan: Yeah, it’s about the same for me.

How easy was it to get involved with other people practicing?
Ryan: When you try and start it, it’s not something that is as accessible as football, you know, going down your local park and seeing some people having a kickabout. You have to know the people to get in and train with them but once you do, everyone in the community is so friendly and willing to train with you; it’s really cool. 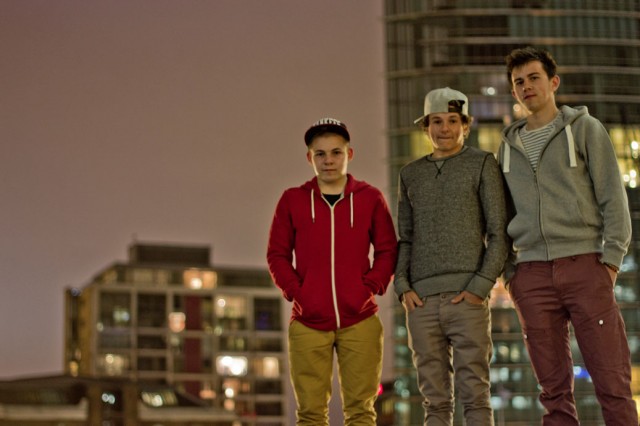 This is exactly how Parkour came into being during the late 80s and 90s. In the small Parisian satellite town of Lisses, Frenchman David Belle and a small group of close knit friends began to nurture their discipline. Formed under the name of Yamaski, the group practised the principle of efficiency in movement, drawing upon inspiration passed down by David’s father. As time went on, along with the development of Yamaski’s skill, it was inevitable that people would start taking serious notice of Belle and his companions. The jumps became leaps, the gaps became buildings and what was once exclusive became commercially recognised.

SPG: How important are the roots of Parkour?
Ryan: I think when you start Parkour or Freerunning, that’s what you’re really interested in; you learn where it all started in Lisses and France. As you get more into it as a sport, as years go on, you focus more on your own training.

Marcus: It’s all about progressing yourself.

How different is Parkour today, or what is also referred to as Freerunning?
Marcus: I’d say Parkour is more looked at as flowing movements from A to B, as quickly and as fluently as you can. Freerunning is more arty, with flips and rolls. Still fluent, but with different movements.

Ryan: It’s arguably more creative in your movements. You don’t have to go from A to B as fast as possible.

Marcus: I’d say it’s one of the biggest arguments there is in the community.

How do you think people who don’t practice Parkour see it?
Marcus: It’s looked at as a sport in most people’s eyes, but it’s more of an art I’d say. From a filming perspective, we can look at it as more of an art.

Ryan: Yeah, you wouldn’t really look at a football game and say, ‘Cor, that is filmed so well!’ Whereas with a Freerunning video, there is more choice and direction. The pace and everything about it; it’s like a chase scene from a really well directed film. Some of them are just amazing. 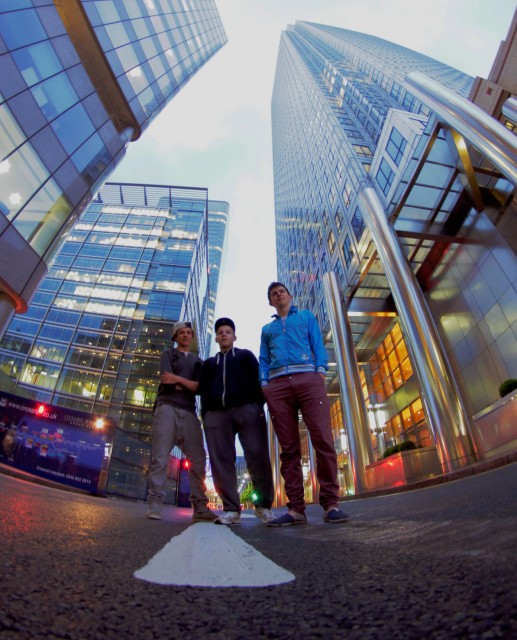 Marcus Wilson and friends in London.

What we have today is a discipline that is being constantly reborn. With each new member and each new group, comes a different technique and a different take on what can be done. You only have to go on YouTube to unveil for yourself its diversity and popularity. Through the successes of Parkour idols including David Belle, and from the Freerunning era, Sebastien Foucan, there has been an emergence of official Parkour bodies and professional groups. They offer training, sponsorship and also direction in pursuing a career.

SPG: Would you say it’s a developing movement?
Ryan: It’s still at its early stages, definitely. It’s already massive but it’s going to sky rocket I think. So many more people are out there picking it up and doing it.

Marcus: It’s all over the world now as well; a lot of companies are starting everywhere.

What’s the UK scene like now?
Marcus: The main area in the UK is London; it’s the most looked at area and still one of the best places to go. There’s also Brighton, Norwich and my hometown Beccles! People usually train in their home area and then organise a trip to another place. That’s where training comes into it as well. You’ll train there, but when you go to another place, like London, there’s bigger drops, higher walls and various stuff which you have to adapt to.

Ryan: I think travelling is one of the best things you can do to progress your Parkour or Freerunning. One hundred percent.

What are your aims with Parkour?
Marcus: My personal aim at the minute is just to go out and enjoy myself whilst I’m young. I’ve still got free time to do it and then hopefully it will progress into stunt work and stuff like that, possibly films. Just to see how it goes.

Ryan: For me personally, through filming people like Marcus I want to get into the film industry. Our recent video had global success. We were in The Sun, Metro, we’ve been on TV and on the radio: publicity which is really helping us kick-start our careers. It’s having the ambition to get up out of bed every morning and be like, ‘Right, this is what I want to do’ and going out there and making it happen.

Marcus and Ryan have recently been working on a promotional freerunning video for us at The Student Pocket Guide. Check it out here: