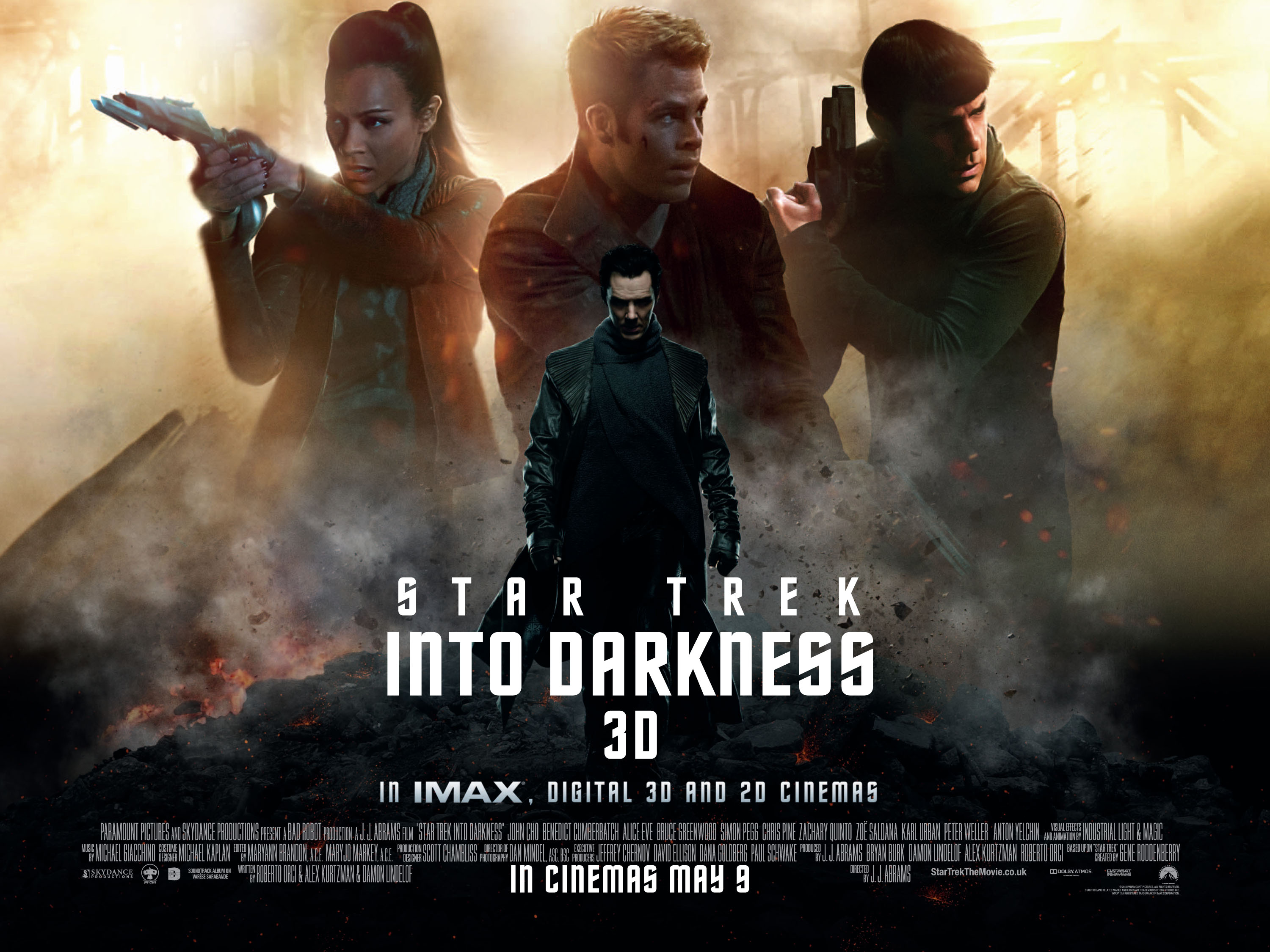 Star Trek Into Darkness: The Reviews

Star Trek Into Darkness: The Reviews | The Student Pocket Guide
by Nathan Wadlow

The long awaited return of the explosive action sci-fi thriller has arrived. Star Trek Into Darkness hits UK cinemas today and following the international box office success of the 2009 blockbuster, we can be sure this second installment is set to impress nerds across the globe. Here, we take a look at a selection of reviews to see if the hype has been worth it…

When the crew of the Enterprise is called back home, they find an unstoppable force of terror from within their own organization has detonated the fleet and everything it stands for, leaving our world in a state of crisis. With a personal score to settle, Captain Kirk leads a manhunt to a war-zone world to capture a one man weapon of mass destruction. As our heroes are propelled into an epic chess game of life and death, love will be challenged, friendships will be torn apart, and sacrifices must be made for the only family Kirk has left: his crew.

After a confident take-off, Abrams keeps the franchise flying with a faster, faster, FASTER sequel that makes for the most thrilling Star Trek since First Contact.

People are unlikely to charge out of the cinema with quite the same level of glee as they did in 2009; but this is certainly an astute, exhilarating concoction.

A large portion of Star Trek’s audience may well be satisfied by a film that amounts to not much more than an incredibly pretty and sporadically funny in-joke… Strange new worlds. New life. New civilisations. Boldly going where no man has gone before. That pioneer spirit? It’s gone.

Star Trek Into Darkness is a brisk, no-nonsense sci-fi action sequel built around a conflict between the crew of the Starship Enterprise with a slick, slippery new villain, John Harrison, who’s played with relish and poise by Benedict Cumberbatch.

J. J. Abrams’ second voyage into the Star Trek universe is a bigger, brighter, but not necessarily better affair, but fans of the 2009 movie will be happy to hear that there is just as much fun to be had second time around.

Set your phaser to awesome. Star Trek Into Darkness is a thrilling, joyride of a film that will have diehard trekkies and neophytes alike beaming.

Ultimately, it’s a blockbuster that pretty much follows the story-telling arc of its compadres in the superhero world…yet Star Trek’s not just living well. It’s prospering.