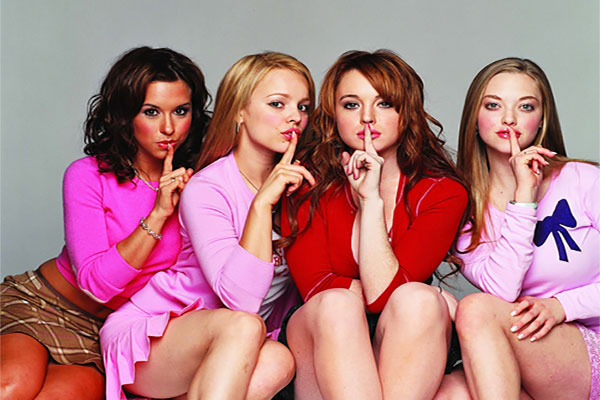 Top 5 Chick Flicks That Should Never Be Forgotten

Like many girls, I like nothing more than to sit down in the evening, chill out, whack out the chocolate and watch a girly film. There are some chick flicks that many of us either won’t have heard of or have forgotten about, so let’s take a look at our list of AMAZING girly films that quite simply should never be forgotten…

So, to start from the bottom, in number five’s slot we have an all time favourite of mine, When Harry met Sally. The film questions whether guys and girls can JUST be friends, a question that perhaps is still pondered upon now. Some young’uns may not have heard of this film as it hit our screens in 1989, but I assure you, it’s 100% worth a watch, so let’s not forget about this film, let’s remember it!

Now, let’s look at the fourth choice, Pretty Woman. You cannot have a list of chick flicks without mentioning this movie. It’s not often spoken about, and I am often asking myself, ‘why not?!’ Do we not remember the scene where Julia Roberts goes clothes shopping and gets shunned by the snobby sales assistant?! Have we forgotten those shocking knee high shiny boots?! Either way, it’s a top chick flick movie that needs to be remembered.

It would be horrendous to not bring Dirty Dancing to the party. “I carried a water melon”.  One of my favourite lines in the film, I mean you just cringe watching her as she says it. We’ve all had those embarrassing moments when you just want to slap your forehead and ask yourself, “Why, oh why, did I just say that?” It’s a classic film and justifies a top three spot.

Number two brings us Mean Girls. I remember when this film came out; every girl in my year at school had watched it. The movie brings us a group of girls, ‘The Plastics’, that perhaps weren’t the friendliest bunch, (well certainly Regina George anyway), who ruled the school and every girl wanted to be them. Who remembers the burn book? I think that’s got to be one of the most memorable aspects of the movie. Or perhaps it’s those shocking eyebrows on good ol’ Aaron Samuels. Hairy slugs anyone? I bet you’re starting to remember this film now.

Now, number one is an easy choice for me and it HAS to be at the top because what chick flick isn’t a chick flick without Ryan Gosling and Rachel McAdams. You’ve guessed it, it’s The Notebook. I am still so surprised when girls tell me they haven’t seen this film. WHY? HOW? This is, without doubt, one of the best films EVER. It doesn’t just fall under the chick flick category but it’s simply an incredible film that will have you crying like a baby and smiling from cheek to cheek. I could go on forever about how brilliant this film is but instead I’ll end it with the film’s most memorable quote, “If you’re a bird, I’m a bird”. Eeeek! LOVE IT! WATCH IT! Do not forget it!