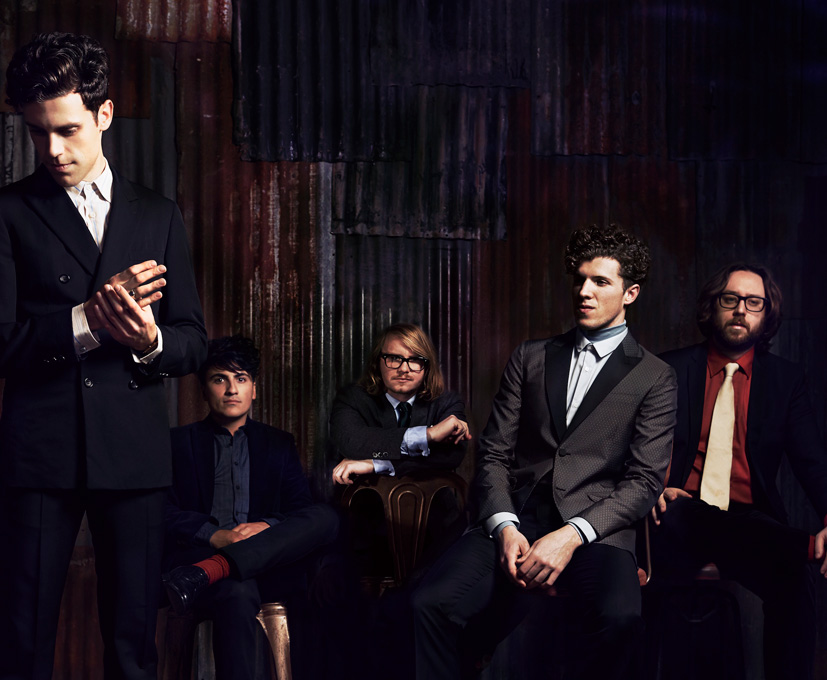 Noah and the Whale: Interview

While releasing their fourth album ‘Heart of Nowhere’ in May, indie-folkers Noah and the Whale played a four night residency at London’s Palace Theatre, which included a 30-minute film in the middle of the concert. In anyone’s book, this is a pretty unusual way to promote an album, but it was the perfect way for the band to show that they are one of the most interesting and surprising acts in the country. We caught up with bassist Matt ‘Urby’ Owens to chat about the Palace Theatre gigs, the new album and this year’s festival season.

Your first 3 albums have quite distinctive differences in sound and approach, whereas ‘Heart of Nowhere’ seems closer to ‘Last Night On Earth’ musically.  Do you feel that you have found your place musically, or are you likely to take different directions in the future?

One of the things we wanted to achieve with the last record was to consolidate our sound, whilst capturing the energy and rawness of our shows. For this reason we recorded “Heart of Nowhere” live in a room together. Having said that, you always want to stretch yourself and involve what you’re listening to at the time, so inevitably we’ll most probably take different directions in the future. Rather than finding your place musically, you’ve got to keep moving, like a shark, and continue pushing forward.

Why did you decide to record ‘Heart of Nowhere’ ‘live’? What were some of the difficulties and freedoms associated with recording the album in this way?
The difficulties are that you need to be prepared, having all the parts down and learnt before you go into the studio! The freedom that comes with it is that you can capture the spontaneity and vibe of a take. It’s not necessarily all in the perfection, but a charm and that standout performance that can make a take special.

There seems to be a melancholic nostalgia to some of the lyrics on the new album that harks back to Beat Culture poetry and literature, as well as 80s American movies.  Was this a deliberate or conscious thing?
Nostalgia is definitely a large part of the record and Charlie especially is a big fan of 80s American movies. The record reflects on youth and looking back on what made us who we are today.

It was an interesting idea to perform ‘A Month of Sundays’.  How have you enjoyed the gigs at London Palace Theatre?
They’ve been absolutely fantastic and a real joy for us to perform. The structure of the evening has been a great way of presenting where we are at the moment as a band, and hopefully very pleasurable for the audience.

Is it a very different feeling to play to a seated audience?
The benefit with seated gigs is that people generally listen more attentively and are often more responsive to the grandeur of their surroundings, such as the decadence of The Palace. However, this can come with the trade-off of potentially less energy in the crowd. Having said that, at some of these shows, people have been dancing in the aisles from the first song, so this is not always the case. So maybe some are less affected by their surroundings than others…

It’s unheard of to leave in the middle of a set to play a 30 minute film. When did you decide to structure your performance this way, and is a multimedia experience something that you intend to pursue?
We always try to put together a show that we feel that we would enjoy being present at. It may be a bit decadent for some, but we feel that the structure of an acoustic set, film, interval and electric show, really displays the bands’ strengths and gives the audience a really great evening. There’s nothing wrong with a bit of decadence once in a while!

How does it feel now that it has been ‘5 years time’? Is it all that you wanted and expected it to be?
We still feel impossibly fortunate to be doing what we love, and in the way we like to do it. It’s far and above the levels we dreamed it could be, and long may it continue.

A large proportion of your fans are students.  Did you go to university, and what are your memories of your school or student days?
My memories are fittingly hazy, as befits a failed classicist. Schooldays were nothing but pleasurable, university nothing but prodigal.

What are you most looking forward to in the coming Summer?
Glastonbury is going to be superb, the Stones will be nothing less than historic and we’re very excited to be headlining Wilderness. Equally we’ve just confirmed Pukkelpop with Neil Young and Crazy Horse, which is a life-time goal realised.