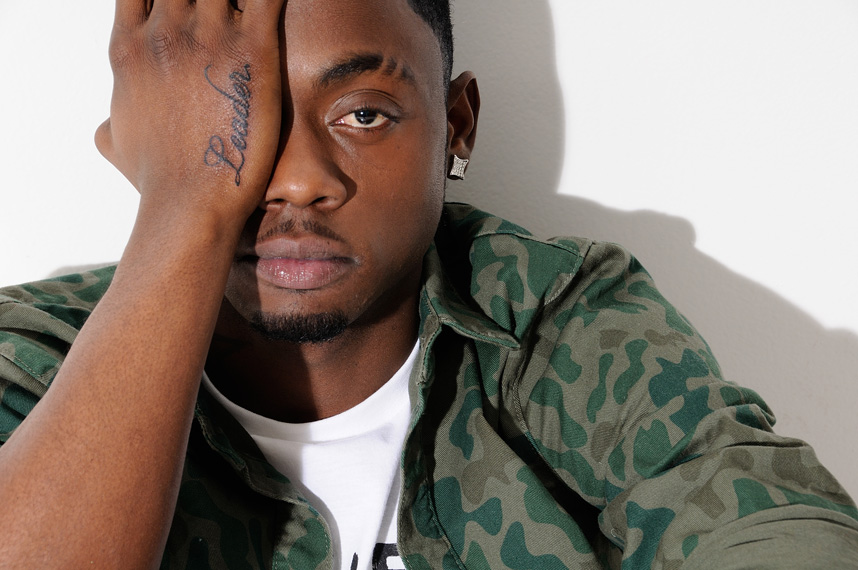 Born in Jamaica and raised in Peckham, Stylo G is one of the most exciting new artists in the country right now. Son of the celebrated dancehall artist Poison Chang, whose murder prompted the family’s move to England, Stylo has brought the dancehall and reggae sound to the UK, but with his own twist on the genre. We spoke to Stylo in the run up to the release of his new single, ‘Soundbwoy’, to talk about his sound, his collaborations and the festival season.

Hi Stylo, how’s your day been?
Ahh, it’s been busy. Interviews and studio.

So your new single ‘Soundbwoy’ is out at the end of the month. How excited are you about the release?
Excited, 10 out of 10. It’s my first single with the label, I’m happy with the song, and I feel like it’s moving in the right direction. I’m really excited to see how it’s going to do.

What’s the reception been like so far?
The reception has been crazy! People love it because people love reggae. I took reggae and mixed it with British culture. It’s different and people are gravitating to it in the right way.

How would you describe the track in your own words?
I’d say… call the fire brigade, because when this track is played, the speakers are burning!

You’ve been in the studio recently with some pretty big names, such as Dre Skull and Basement Jaxx. What’s it been like working with those guys?
Dre Skull came to London last year from the carnival, and he contacted my management team and said he wanted to work with Stylo G and that he’s got a beat for me. He made it the night before he came to the hotel. By the next day we were like “let’s make it happen.” He came out to the studio, and we just got straight into it. I was under pressure because it was a late night session, but I got in my zone and I finished the track before the night ended.

You’re making dancehall music, which is quite different to what’s going on in the UK at the minute. What do you think of the UK music scene right now?
The music scene is building, and with lights on people like myself opening doors, it’s building. You’re going to have a few more Stylo G’s popping up, representing UK reggae and dancehall music. At the moment I just need to focus on what I’m doing and make sure that I hit the right targets.

When you started out, it was the time when rap and grime was big in the UK. Did you feel like you were against it making dancehall music?
No way. I was in love with dancehall, I’ve always loved dancehall and reggae music. At the time I was working with a lot of grime producers, and I was around the UK scene a lot. My plan was to make a song that people can relate to, not just making a song that dancehall crowds can relate to, or reggae fans can relate to. I heard a grime beat and came up with the song ‘My Youth’, and it took off well. It’s good to know that you should be able to crossover with your music, not only just doing one genre. With Stylo G, I’m not limited to one genre of music. I’ll be on a hip-hop track, I’ll be on a dance track – I don’t mind. That’s why my name is Stylo G, because I make sure I cover every genre when it comes to music. For example, Sean Paul came on the dancehall scene and his music changed things, and it appealed to a wider audience, and it’s good!

You’ve got a few festivals in the UK coming up, such as Reading and Leeds, Glastonbury and Tramlines at the personal request of Toddla T.
Yeah, looking forward to that!

Are you pretty excited for the season in general?
I’m more excited about performing ‘Soundbwoy’ with a live band! When I was making it, I was feeling it. I was getting that live feeling, trying to make the music as live as possible, getting rid of that generic computer sound from back in the day. I made ‘Soundbwoy’ for the season, so I’m just excited for performing it at these festivals, just to see the reaction, and just to see the energy that the track brings.

Have you performed the track live yet?
I haven’t done it live, I’m going to do it this coming week at a music week event. I’m looking forward to doing it, I just want to hear that drum and that bass line and guitar kick together!