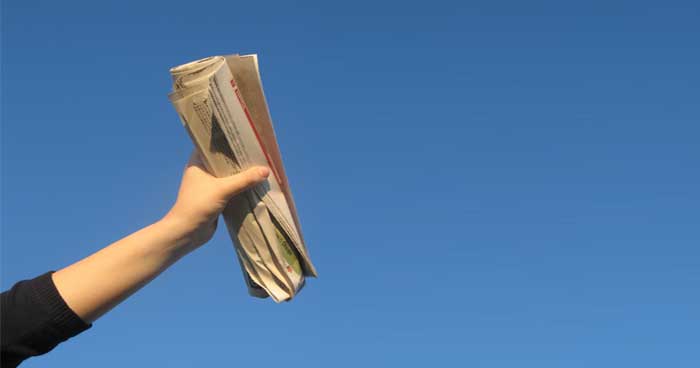 Bizarre Student Stories That Made The News

Students often make the news for high achievement, voicing their opinion or making a difference in their local community. However, there are occasions when the odd blooper squeaks its way through and hits the headlines. Here are a few weird and wonderful examples that managed to grace the pages of newspapers around the world…

The Art of Planking!

There are many trends that make the news, whether it’s the latest app everyone is talking about or the ‘in’ fashion look the cool kids have taken to. In 2011, a different trend hit the headlines. This was the art of ‘planking’. The rules are simple: you must lie face down, palms flat against your sides, with your feet together and pointing at the floor. Points are awarded for originality of location and you must, of course, have photographic evidence. Students nationwide took to this like a duck to water and lo and behold it made the papers. Truly bizarre.

We knew horses could be dangerous but…

Back in 2011, emergency services were called out when one unfortunate University of Derby student somehow ended up entangled in a clothes horse for over an hour. 18-year-old Danielle Morgan was “mucking about” on her flatmate’s bed, when she slipped and landed head-first inside the airer. Firefighters were called, and Miss Morgan was freed using bolt croppers and a toolkit.

“My friends just thought it was hilarious,” said Miss Morgan. We can see where they’re coming from.

This guy really dropped one…

A college student in Mississippi was arrested last year after writing a note about “passing a bomb”. Unfortunately, it turns out this is just how 19-year-old Harold Wayne Hadley, Jr. refers to his own flatulence. After the note, describing his joy at passing wind in the college library, was handed to a teacher, 11 emergency agencies responded and Hadley was held on $20,000 bail. We think he might need to find a new word next time he’s feeling a bit gassy.

If you’ve been looking for a productive way to spend your time when you’ve finished all you revision, then Jordan Pearce, an 18-year-old student from Utah, might have the solution. In 2007, Pearce set the world record for hugging the most people in an hour, racking up an impressive 765 hugs with plenty of time left. The only rules were that each hug must be genuine, with arms and hands wrapped around the hugger. Each person was only allowed one hug, and Pearce was required to stand in the same place during the event.