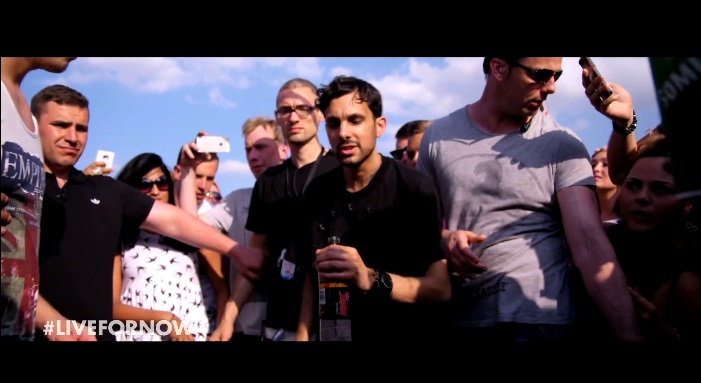 Bringing Signatures to the MAX with Dynamo

Bringing Signatures to the MAX with Dynamo | The Student Pocket Guide

London’s Wireless Festival is one of the biggest and best urban festivals that our country has to offer. Thousands of people flocked to this year’s Yahoo! event to see their favourite groups and artists perform, with some of them even getting a rare treat – a personal performance from legendary street magician Dynamo…

Made famous by his extremely popular TV series ‘Magician Impossible’, Dynamo is unlike others who have found fame in the world of magic; this guy hasn’t let it go to his head. He always makes time for his fans, wherever he goes; taking photos with them, answering their questions and signing various items for them… but how can he make this more of a magical experience for those involved?

Setting off through the crowd at the Wireless Festival this year, Dynamo delighted onlookers with some quick illusions and posed for many photos. One of these magic tricks was filmed for your enjoyment – performed with just a simple, ordinary bottle of Pepsi.

For two lucky fans however, he went above and beyond the call of duty. Two young women had just had a photograph taken with the celebrity magician, admiring it alongside him, when Dynamo suddenly decides he would love to sign it for them.

But, alas, how could he when it was a digital photo taken on a phone? Not wanting to damage the girl’s mobile screen and ever the creative, he swipes a nearby Pepsi can and works his magic… leaving the girls, and the rest of the onlookers stunned in awe.

To see the full scope of this illusion along with another quick trick he performed involving a bottle of Pepsi, check out the video below…