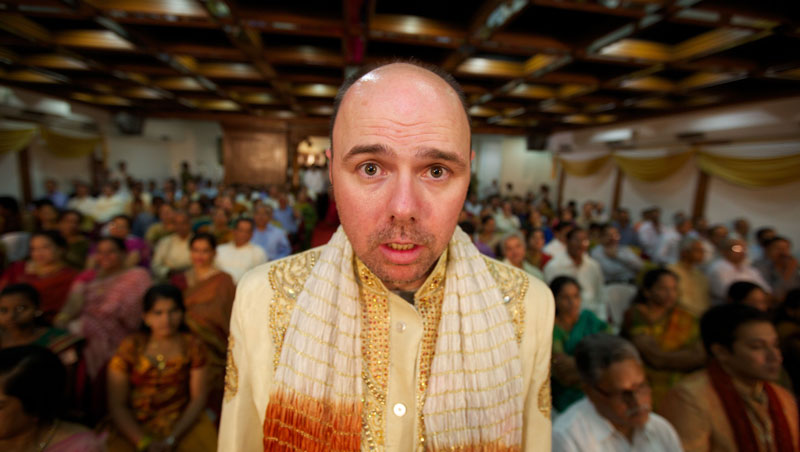 Karl Pilkington. The bald headed friend or pet of Ricky Gervais and Stephen Merchant. For those of you who may not know him, you are missing out on his hilarious quotes and completely random outlook on life. He has graced our television screens on a number of shows including Derek, An Idiot Abroad and now, his new series, The Moaning of Life. So to celebrate Karl, his new show and his unique take on life, we have put together a list of the 10 best Karl Pilkington quotes.

2. “I really can’t believe what a state the Pyramids are in. I thought they had flat rendered sides, but when you get up close, you see how they are just giant boulders balanced on top of each other, like a massive game of Jenga that has got out of hand”

4. “I know who I am. Bloody hell, I’m getting enough bills for Karl Pilkington so I hope I am him, ‘cos if I’m not, I have no idea who I’m paying for”

5. “In England people seem to get quite a bit of stick for being ginger. Even ginger cats look fed up and are normally fatter than other cats, probably because they turn to food for comfort”

6. “Does the brain control you or are you controlling the brain? I don’t know if I’m in charge of mine”

7. “If you can’t look a knob in the face, there’s something wrong”

8. “They say it all started out with a big bang. But, what I wonder is, was it a big bang or did it just seem big because there wasn’t anything else to drown it out at the time”

10. “I look at life like a big book and sometimes you get half way through it and go, ‘Even though I’ve been enjoying it, I’ve had enough. Give us another book’”

And this is just a small selection of all the weird and wonderful things that Karl Pilkington has said. Do you have a personal favorite that isn’t mentioned above? Then let us know by commenting below!