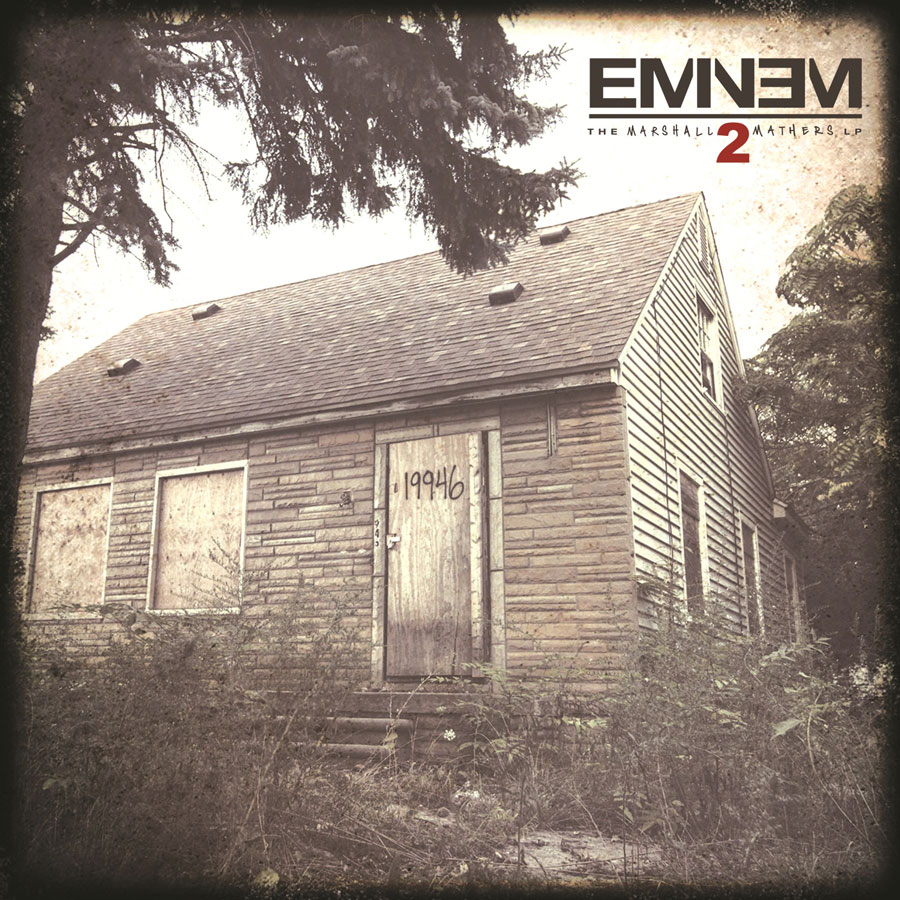 Eminem is an artist who is regarded as one of the most successful rappers of all time. In 1999, he released his major-label debut, The Slim Shady LP as his hockey mask wearing, chainsaw wielding alter-ego. The ultra-violent album went triple platinum within a year making him one of the best selling recording artists of all time. In 2000 he released The Marshall Mathers LP, an album which took a retrospective look at the music scene and the undeserved notoriety certain artists gain as part of it. The record sold 1.76 million copies in its first week, breaking the record of fastest-selling hip-hop album of all time.

For many fans it has been a long wait for a new Eminem album as he hasn’t released anything since his 2010 LP, Recovery. However, the wait is over as Eminem comes storming back with his brand new record, Marshall Mathers LP 2. The smash hit single, Berzerk, has been laying waste to dance floors since the summer. Its block-rocking beats and old-school hip-hop stabs have already been getting parties jumping and now the full album is ready to blow away sound systems across the UK.

The highly anticipated album has been executive-produced by Dr Dre and Rick Rubin, and features collaborations with the likes of Kendrick Lamar, Rihanna and Skylar Grey.

The new album will include smash hit single, Berzerk, produced by Rick Rubin which shot straight to #1 on iTunes and charted at #2 on the Official Charts. Second single, Survival, produced by DJ Khalil, is featured on Call Of Duty:Ghosts and the video has had over 20 million views.

It also includes the phenomenal track Rap God, which sent waves surging through the music industry when it dropped and immediately hit #1 in the iTunes chart.