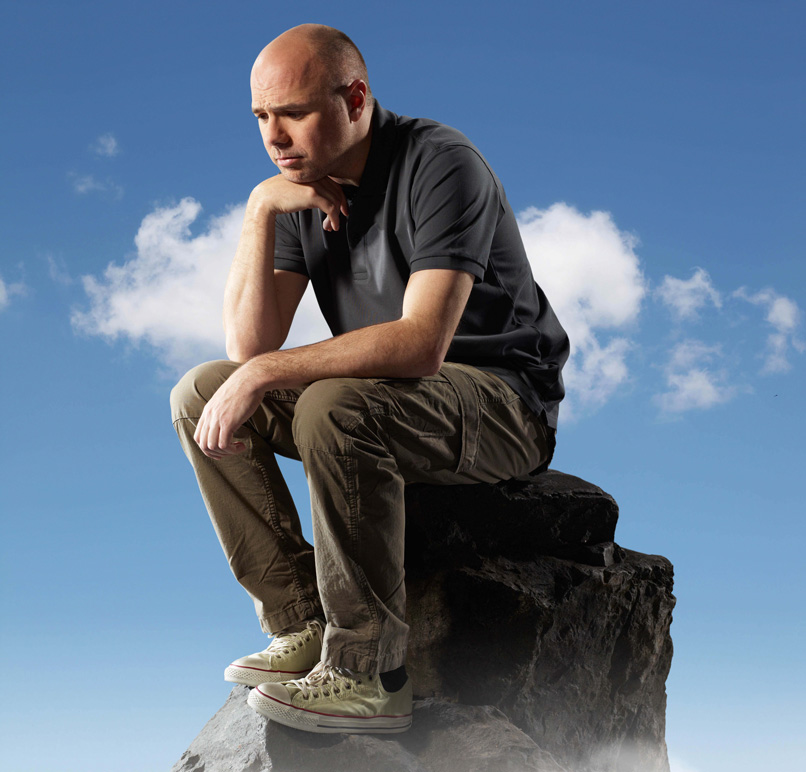 It’s a difficult task introducing this man. His deadpan style and rather bizarre observations have led to such claims that he is the ‘funniest man in Britain today’, all without knowing so and certainly without trying. The hit TV series ‘An Idiot Abroad’ propelled this once simple guy into the realms of superstardom, reluctantly travelling the world and entertaining us on his way, all thanks to partners in crime Ricky Gervais and Stephen Merchant. And now, he has returned to our screens, having just embarked on his own travelling expeditions challenging life’s big topics all on his own accord. Ladies and gentlemen, without any further ado, we introduce to you the one and only Karl Pilkington. There really is only one…

Hi Karl, how are you?
I’m alright.

What have you been up to?
I’ve just been picking at a rack bolt on my back door for nearly two hours. It broke whilst it was locked so I’d just been picking at that with a bent coat hanger. Managed to open it though so saved myself about £90 by not calling out a locksmith. Well pleased.

Have you been stopped in your tracks by anything recently? Not a cow in the middle of the road or anything, but something that’s left you thinking…
That story about the Chinese fella with a nose growing on his forehead caught my eye. It’s the sort of look I used to give my Mr Potatohead toy when I was a kid. 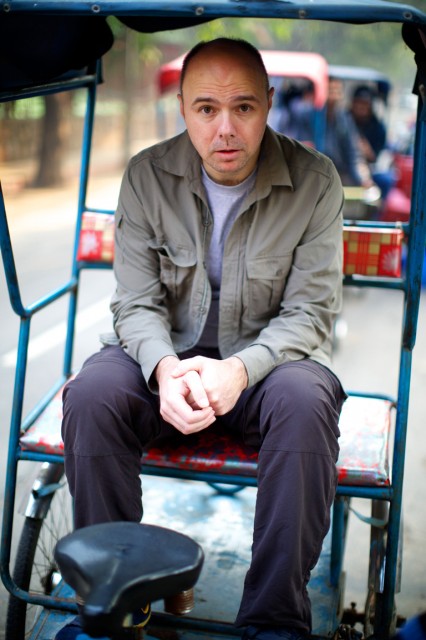 Did you enjoy making your new TV series ‘The Moaning of Life’? What’s it all about?
It’s about life’s big topics. Marriage, having kids, how to be happy and dealing with death. I enjoyed it more than doing ‘An Idiot Abroad’ as Ricky and Steve aren’t involved in this one so I got to stay at posher hotels. I stayed in some hotels that left chocolates on the pillow. If that had happened in one of the hotels Ricky and Steve put me in it’s cos the place didn’t have a cleaner and it had been left behind by the last scruffy guest.

As you have travelled around the world so much and encountered many different experiences, does anything faze you anymore?
Just when I think I’ve seen it all, something crops up that I find mental. In the death episode [The Moaning of Life] I had to help prepare a dead woman for her funeral and also remove a corpse from a grave in the Philippines. It doesn’t always have to be that extreme, I saw a photo of a big coconut crab climbing a bin the other day. Looked well weird.

What have been your favourite places to visit whilst on your travels?
Probably India. As much as it does my head in, and I always get ill, I’d say it’s a place that is worth witnessing. You don’t have to book any trips, just sit on a street corner and watch what is going on around you. It all seems normal until you take time to study what is going on. I liken it to that scene in Total Recall where it’s the future and everything seems familiar but then Arnie meets a woman with three breasts. That would happen in India if you hung around long enough.

You have a book accompanying the TV series (The Moaning of Life). How do you find the process of writing a book?
It’s the hardest thing I do. I shouldn’t really be writing books. I’ve written more books than I have read. People seem to like them though so it makes all the hard work worthwhile. I’m slow on a keyboard too, so slow that a lot of the time I’ve forgotten what I wanted to write. My spelling isn’t good either, sometimes even spellcheck can’t work out what I’m trying to say. It’s like I’m giving spellcheck a little countdown conundrum.

What are the positives and negatives of working with Ricky and Stephen?
Like with any mates there’s always positives and negatives. They’ve changed everything I suppose. In the same way that I’m here cos my Mum and Dad had me, I’m here doing this job cos of Ricky and Steve. In both cases I didn’t ask for either and now I have to deal with it. Both cases both happened by accident too. 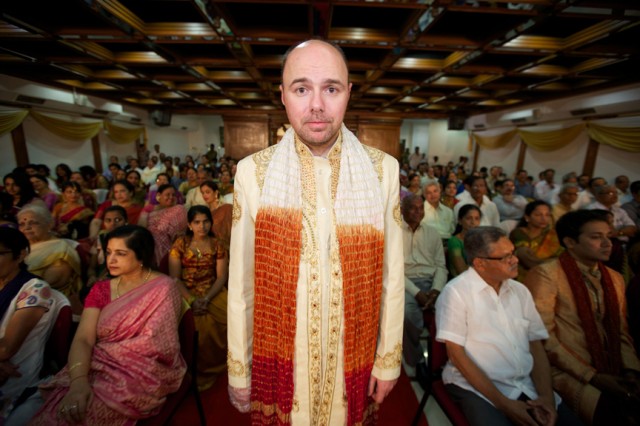 It would be good if you could send Ricky and Stephen off on tasks for a change, don’t you think?
Yeah, when Ricky mentioned about doing An Idiot Abroad 3, I said it would be good to have company, meaning him or Steve should come along. He ended up sending me off with Warwick Davis who was an Ewok in Star Wars, so he says.

You once did a photo shoot with Ricky for Shortlist Magazine where they made you wear women’s tights and knickers. Have you had any other embarrassing photo shoots?
Listen, you’ve got the story wrong. I didn’t wear knickers, it was just tights and I didn’t have a problem with that, it was the fact I had to take them off some woman who was working at the photo shoot as someone forget to buy me a pair. They were still bloody warm! It was odd at the end of the shoot handing them back to her.

What are your views on students?
I don’t really have any. We’re all students aren’t we in a way as we’re learning new things all the time. I don’t really notice them if I’m being honest. They’re like clouds, it’s only when there’s too many of them that they make me miserable.

If you went to university, what would you like to study?
Plumbing. I’ve spent a fortune on boiler engineers over the years.

If you could pass down any advice to students today, what would it be?
Don’t buy those plastic clothes hangers, always get the metal wire type as they will save you from wasting money on locksmiths. 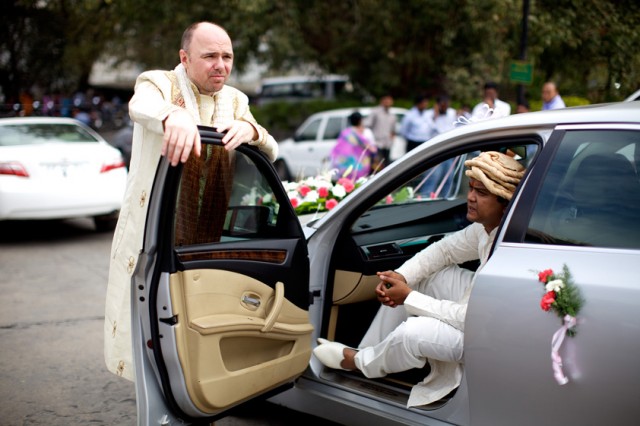 The best film you’ve watched at the cinema:
I’m not a cinema goer. The last time I went was about eight years ago to see King Kong. I get fidgety and I don’t like the smell of hot dogs. The film that comes to mind is ‘The Cat from Outer space’. It was the first film my dad took me to see. I seem to remember enjoying it.

The worst film:
King Ralph in about 1991. It was really bad. I remember wishing it was a silent movie cos at least then I could have just closed my eyes. It was that bad that I left. That’s the only time I’ve ever done that.

The best album you own:
Best of Elvis probably.

The worst album you own:
I don’t think I own a bad one.

The best meal you’ve cooked:
I did a Barnsley Chop with veg and mash a couple of weeks ago when Suzanne was away. It was pretty good. Normally when I cook there’s something that isn’t good but I nailed everything. I normally struggle with potato’s. They always taste of soil when I cook them but I even got them sorted. I’m good at doing fried eggs. The trick is to use a spoon to pop a bit of hot fat on the top of the egg. Little tip there for students who have just left home and have never cooked an egg.

The worst meal you’ve cooked:
I had to cook a meal for the King of a Zulu tribe in South Africa and it was shocking. I was staying in a little caravan at the time so didn’t have the proper equipment, so I had to cook toast on a gas hob. I gave him some wriggly worms as a starter. Thinking back, it was an odd choice of food but no weirder than the sh@t Heston Blumenthal gets away with serving.

The best thing about living in the UK:
I know my way about and everyone I know lives here.

The worst thing about living in the UK:
Everyone I know lives here.

The best animal:
The sloth. Even if it isn’t the best, it’ll be asleep most of the time so it wouldn’t bother me.

The worst animal:
The Jellyfish. Ever since I was stung by one. It’s their fault that we’re being charged for carrier bags too as Turtles eat Jellyfish, and now we’re choking Turtles as they think the carrier bags that are left to float about in the seas are Jellyfish and go to eat them. If it wasn’t for Jellyfish we probably wouldn’t have to pay for bags.

The best place you’ve been to the toilet:
Japan’s toilets are impressive… when they work. They have all sorts of settings and buttons. But I had a problem with the one in my room when I was in Tokyo. I couldn’t turn the heated seat off. Rooms in Tokyo are tiny so it was baking. I don’t understand why the seat had a setting that was so hot. I could have dried socks on it.

The worst place you’ve been to the toilet:
Egypt. It’s a long story. I had bad guts, was locked in a toilet with no paper and no signal to get help. You’ll have to read ‘Idiot Abroad Travel Diaries’ for the full details, maybe buy that when you buy my new book ‘The Moaning of Life’.