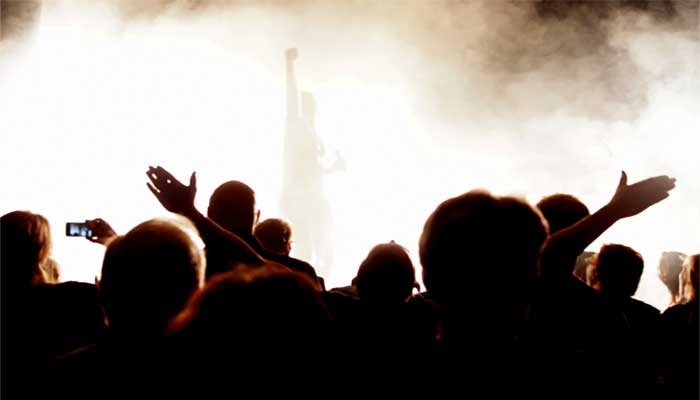 Next time you want to go to a live gig, forget your bog standard venue and think a little bit outside the box – you’ll be surprised about you will find! Here are five truly unique gig venues that we managed to unsurface…

EPIC Studios, a high-definition TV studio based in Norwich, is among one of the most advanced in Europe and was formerly used for recordings of Trisha, Graham Norton, Vanessa Feltz and the children’s show, Knightmare. Recently taken over by Extreme Video, who have over 20 years in the broadcast industry (working on projects for Top Gear, the World Rally Championship and Sport Relief), the studio now crosses over as a high-profile gig venue. The niche? Live streaming. Combining the former with the current, EPIC Studios has turned itself into a truly unique broadcasting venue with a multitude of events from traditional live music right through to professional boxing. For a unique experience in East Anglia, this venue is definitely worth a visit.

The Thekla is an award winning live music venue and club in Bristol. What makes it different? Well, the Thekla is in fact a stationary cargo ship which houses a music venue of the same name, moored in the Mud Dock area of Bristol’s Floating Harbour. Originally brought to Bristol as the Old Profanity Showboat, it was a late 1982 brainchild of novelist Ki Longfellow-Stanshall, the wife of Vivian Stanshall. The showboat was based on the idea of creating, owning, and running a theatre on a sea-going ship and using it to showcase music of every sort (limited only by the size of the hold), including cabaret, comedy, plays, musicals, and poetry events. The ship also contained an art gallery.

The Caves is a truly unique venue that makes up the sub-structure of the 18th Century South Bridge. Every room has a story to tell and a special place in Scottish history – from vaults that served as the stables to the French Cavalry who were at one time body guards for the Royal Family, to remains of the houses that pre-date the bridge itself – with the original terracotta floor tiles still intact. With nights such as Departure Lounge (which often features live bands as well as house, techno, funk and hip-hop DJs) and electronic specialists Kapital in residence, it’s a popular playground for clubbers seeking an open-door music policy. The Caves has become another cherished nook of Cowgate in the last decade.

Fancy going to a gig in an old horse hospital? Then Proud Camden is the one for you! (Not that I imagine there are many other alternatives if that’s your thing). Located in the 200-year-old Grade II listed Horse Hospital in the Stables Market, Camden, the venue is bejewelled by images of rock royalty throughout. It retains many of the beautiful and genuine features, including the original stables that once housed the horses that were injured pulling canal barges. An eclectic mix of live music is on every night, catering for a wide range of musical tastes, whilst during the day, visitors can enjoy a chilled-out vibe with food and drink, HD flat screens and PS3s! This is certainly a go-to gig venue in the capital.

The Tan Hill Inn sits at 1,732 feet on top of the Pennine Way making it the highest pub in Britain. Although these days it plays host to relatively low profile musicians and events, the remoteness of it didn’t put off British Sea Power from once putting on their very own one-day festival at the high rising pub. The band played three different sets to a crowd that included Arctic Monkeys, Klaxons and Simian Mobile Disco’s James Ford. They also made their very own ale for the occasion. Not the best in terms of access, but hey, if you’re ever up there, worth a punt.