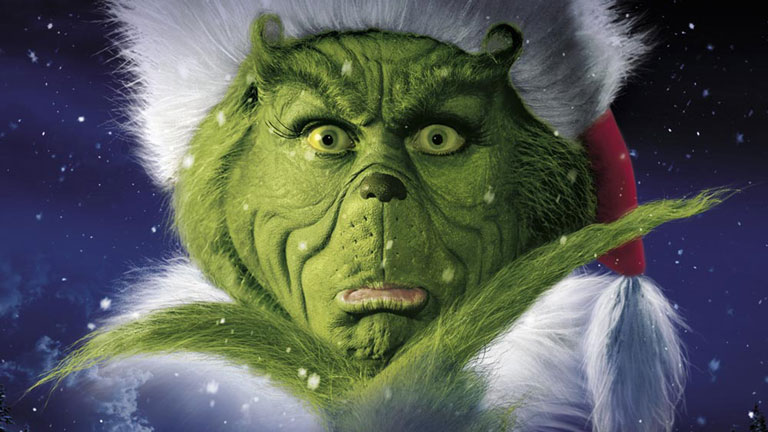 Not feeling very festive this year? Are you a few sprouts short of a Christmas dinner and need to make sure the world feels your grief? Or do you even hear people whisper, “Grinch” as you pass them in the corridor? Then… you probably are a Christmas Scrooge.

Understandably, Christmas can be a stressful time. There’s the mad rush to buy presents, hours on end of “meaningful” Christmas movies and inevitably it all ends too soon and your left with not much more than a pair of socks and a hangover.

But surely it isn’t all that bad?

You do sometimes get gifts you actually want and when else can you justify watching T.V. for 10 hours straight? Also, there’s normally some pretty tasty food on offer.

Some people however just can’t be convinced to get into the festive spirit. 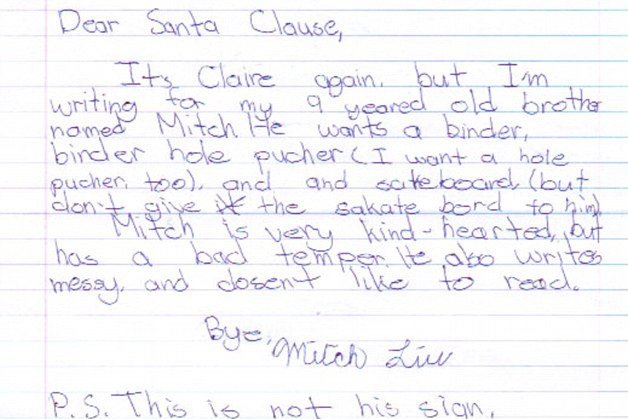 Take for instance this young girl named Claire. She’s not a complete Yuletide cynic as she’s still writing a letter to Santa, but she hasn’t quite grasped the concept of “goodwill to all men”, even if it’s her sibling. In her letter she tries to convince old Kris Kringle that she is in fact writing on behalf of her 9-year old brother. She describes her brother’s bad traits and explains that he only deserves a hole-punch and ring binder for Christmas.(Image: The Santa Claus House)

In 1927, a man named Marshall Ratliff cheerily paraded around the streets of Texas in a Santa costume. A group of children started to tag along with the phony Saint Nicholas (obviously drawn to the festive notion of Kris Kringle wandering the streets) but little did they know this particular festive lookalike had an ulterior motive. Ratliff eventually entered a bank in Cisco and proceeded to rob it with a number of accomplices. Hostages were taken, shots were fired and a manhunt ensued after he made an escape with his cohorts. Eventually his crime spree was cut short when he was caught by police and given a very un-festive sentence for his wrongdoings. 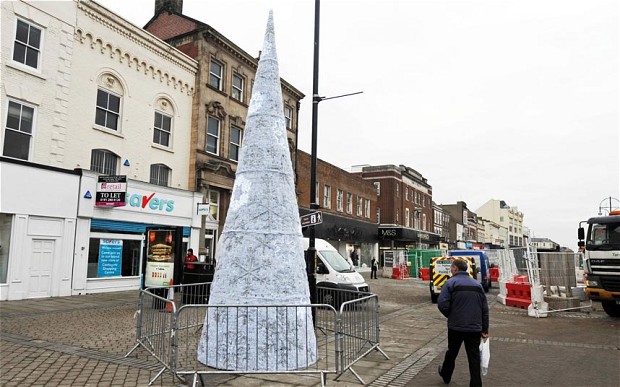 The worst Christmas decorations prize of the year goes to the town of… Stockton! Someone in the Stockton council was obviously feeling a little “humbuggish” when they received plans for extravagant lighting, over-sized candy canes and a cosy Santa’s grotto, as all Stockton got for Christmas was this shoddy structure roughly resembling a Christmas tree. When you consider that a family in Australia have attached over half a million bulbs to their property to break the world record for most Christmas lights on one house, you do feel that Stockton council are letting the festive side down a little. (Image: North News & Pictures).

In 2011, American comedian Jimmy Kimmel tried to instigate mass child hysteria when he attempted to convince parents to give awful presents to their beloved children. Kids received rotten bananas, onions and batteries amongst other rubbish gifts. How would you feel as a 7 year old if you were given a half-eaten sandwich as opposed to the Scaletrix or Barbie doll you’d asked for?