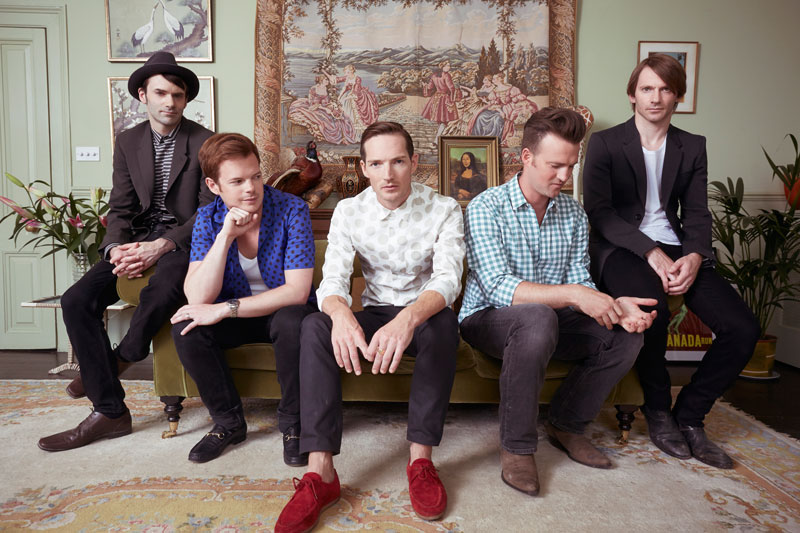 The Feeling Interview | The Student Pocket Guide
by Alex Paton

We caught up with The Feeling’s Richard Jones to speak about the inspiration behind the new album ‘Boy Cried Wolf’. Also, why flying is better than golf, food fuel whilst on the road, and drinking economy beer as a student…

Hi Rich, how are you?

I’m very well thank you, keeping busy, but all good.

The Feeling’s new album ‘Boy Cried Wolf’ came from quite an emotional place; can you tell us about that? 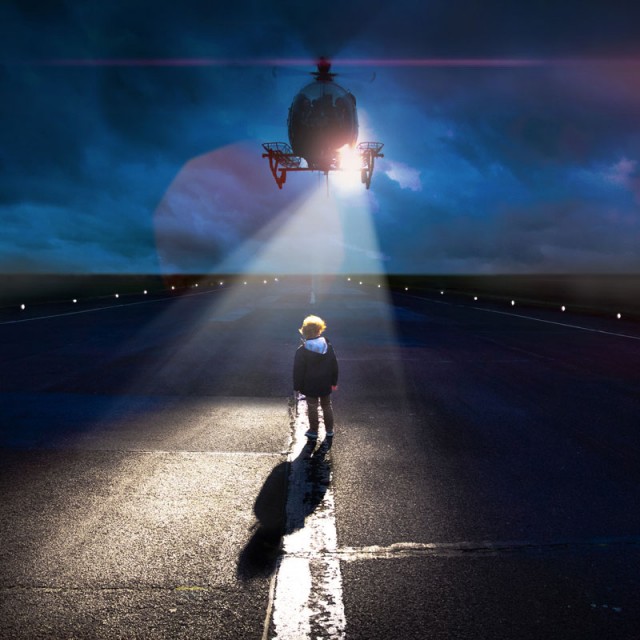 Making the album was quite a cathartic experience for all of us really. At the end of 2011 we parted ways with Universal after seven years and three albums. Literally the same week, Dan broke up with his partner of five years. So, at the beginning of 2012 we were totally on our own, we had no record deal and Dan was single again. We did question whether we’d even continue as there was nobody asking us to make another album; it was just us by ourselves again. Then we started to get together in our studio, which is in a converted pub in Hackney, and we started making and playing music for fun again. It all came together very easily; it was quite a therapeutic process. A lot of songs Dan was writing were about the heartbreak he was going through and his break up. But, also about what happens when you’re single again and you’ve got hope for the future, as it’s exciting and you meet new people. It was totally mirrored by our professional lives as a band, it was a similar thing. We were back on our own again, wondering what we were doing. It was both exhilarating and frightening at the same time. So, we made the album for no reason other than because we wanted to. It was really gratifying at the end of the year, once we’d recorded most of the album, finding a label in BMG who’d heard what we’d done so far and offered to put it out. We really feel like we’ve found our feet again. We’re really enjoying being in a band.

Leading on from that, what was the album’s creation process like compared to those you have worked on previously?

It was quite similar. We’ve produced and engineered all our records ourselves. When we made our first album we were literally in a shed in Horsham, we were just recording songs for a laugh. When we realised, actually they are quite good, we got ambitious and eventually landed a record deal. With our fourth album it felt very much like we had got back to that, it was just five of us in a room, working on songs Dan had written. Building an album between just the five members of the band has always been the best way for us.

Which track for you is the most stand out on the album?

It’s quite difficult because it changes. Some of the songs are just a real pleasure to play live. A song called ‘I Just Do’ was recorded in one afternoon, we came in to the studio one day and Dan had written a song, we arranged the structure together as a band and then set up in the room and Dan, Paul and myself played piano, bass and drums. Dan then did a few more takes and that was pretty much it. It was all done very live and free. So, when it came to touring with that song it was really fun to play.

You can definitely feel the sadness in the song ‘Boy Cried Wolf’. ‘Rescue’, another track from the album, contrastingly feels quite uplifting. Can you tell us about the concept behind the song variation on the LP?

The album is meant to portray a gamut of feelings and experiences, that all come from that place of being on your own again and going through a break up. It’s never just one emotion; it’s never just feeling lonely or just feeling lost. You’re going through a whole process; you can also feel exhilarated and free. If you’re coming out of something dysfunctional then you know it’s the right thing, but it can also feel quite sad, it’s kind of a bitter/sweet thing.

When Dan’s writing lyrics about his experiences and emotions he writes from the heart, it’s not a cerebral thing. He’s not trying to think of a clever way to say “I love you” or “I’m sad”. He’s kind of just letting it out; it’s almost a personal form of therapy for himself. That’s why I think it really works because it’s honest and people connect with that.

Your and Sophie’s (Sophie Ellis Bextor) son actually acted in the video for ‘Rescue’, how was that for you?

I really enjoyed that actually. We tend not to do anything in the media with our kids, but for creative reasons it just kind of fell into place. The design for the album cover was a boy standing on a runway in front of a helicopter. That was inspired by 80’s film nostalgia, by films such as ‘E.T.’ and ‘Close Encounters of a Third Kind’. That was the feel that we wanted to be aesthetic, so when it came to making the video we wanted to get that across as well. But, we also had the idea of doing two videos. We’d been talking to Ed Watson, who’s a ballet dancer at the Royal Opera House, and he was really excited about creating a video. So, we came up with this concept that the ‘Boy Cried Wolf’ video would be a performance by him. We wanted the video for ‘Rescue’ to be a prequel to that. It just coincidentally happens that Ed Watson has red hair and so does my son. So, we were looking for a boy with red hair to play the younger version of Ed Watson. It was perfect, as we didn’t have to go through the whole process of having chaperones or getting insurance for a child actor. It was just like, bring my son along and put him in front of a helicopter!

We had a really good time filming it, we did it over a weekend and we had loads of time to hang out. My son got really into it. The whole film crew we had were really impressed with him. It was quite a nice experience to do the video together.

As you and Sophie are both artists, do you find it can be difficult juggling writing music and touring with family life?

It has its moments when it can be difficult with the scheduling, but then there are bits when you end up being at home a lot more often than people who have regular jobs. When the opportunities are there though you do have to take them, it means sometimes we are incredibly busy. During the last three months of 2013 when Sophie was doing ‘Strictly Come Dancing’, I was touring with The Feeling promoting the new album, so I was away for a solid month and she was totally absorbed in “strictly world”. Every minute we had at home we were spending as much time with the kids as we could. We did actually spend a week in the Caribbean, just us and the kids, we really needed it!

Is there any particular food that fuels you whilst on tour?

It’s very easy to eat very badly on the road. The first couple of tours I did fall in to the trap of eating sweets and crisps. You spend so much time waiting around, and that stuff is readily available as it gets left on the tour bus and in dressing rooms. Having been doing this for twelve years now I’ve found it’s a lot better to eat healthy food. Japanese food is really good because it has lots of protein and energy, but it doesn’t really fill you up. Curry before a gig is a bad idea!

Do you or any of the other band mates have any odd habits whilst on the road?

Kev, the guitar player, probably has the most quirky one… he has insomnia. He struggles sleeping and when we were touring America he didn’t sleep for four days. He turned into a bit of a strange zombie person. It probably wasn’t very good for his health, but it was quite amusing at the time…

How have fans been reacting to the new material?

Really well! It’s so gratifying to make a record that we’re proud of. We’ve had the best reviews we’ve had since our first album. On the road playing to our fans we’ve had a similar response.  Lots of people have told us it’s our best record yet. We’ve also felt like that ourselves, we feel like we’ve found our feet again with this one.

A little birdie tells me you can fly a plane… when did you learn to do that?

I got my license two years ago, but it started out with Sophie buying me flying lessons for a birthday present. The reason being I started getting into golf, quite heavily, and she thought it was the least sexiest thing ever. I’d always been interested in flying, so Sophie got me the lessons. It worked; the golf clubs are now in the attic.

Speaking of lessons, other than flying, were you ever a student?

I was! I went to the University of Westminster where I did a BA in Commercial Music with Paul and Ciaran from the band. It was really good as it gave us three years to focus on making music. They had studio facilities as well which we could use. We had a great time. We lived in absolute squalor like ‘The Young Ones’. Five blokes squeezed into a very cheap house, drinking Crest larger for about a £1 a pint. Looking back… I think I may have actually done permanent damage to my health. I’d go to the supermarket and buy economy everything, like fish fingers and bread. I’d then go and spend all my money on takeaway pizza and beer!

Finally, leading on from that… any advice for students that read the magazine?

I know it’s a bit cliché. But, just enjoy it. It’s a great time in your life. Obviously you’ve got to do your dissertation and all the work at some point, but it’s so much fun as it’s social and you’re living away from home. It’s like a buffer into real life. You are living away from home, but it’s also a like a little bizarre fantasy bubble. You’re basically thrown in with random people from around the country who are incredibly randy and drink a lot…