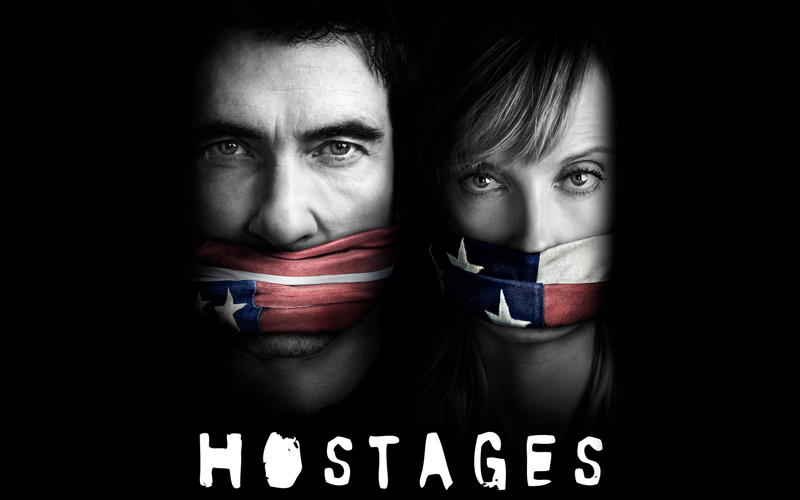 Hostages made its UK premiere on 11th January on Channel 4, going head to head against BBC4’s original Israeli version. The show itself is in the same vein as the incredibly popular Homeland, which recently wrapped up its third season. It boasts a great cast with Toni Collette starring as Ellen Sanders, a doctor who is forced to kill the president, and Dylan McDermott, a corrupt FBI agent.

The basic plotline of the show rotates around Dylan McDermott’s character, FBI agent Duncan Carlisle, who along with 4 other people, invade the home of Dr Ellen Sanders and order her to kill the US president during a routine operation in order to save her family.

Episode 1 dives straight in, not giving a clear introduction of all the roles but still creating an actor-audience relationship.  From the minute the home invasion begins the show jumps into gear and the tension quickly heightens, so don’t be surprised if by the season’s end you have gnawed away your fingernails.

The trailers suggested that this would be a one-episode plot series, but really the first episode is just a send up for bigger things. During each episode we learn more about the characters and what motivates them. None of them are what they seem and there are more than a few shocking moments.  As we learn more about them though the show becomes a little predictable and the storyline suffers as a result of this. However, all the characters are more diverse than those in the two-man show that Homeland sometimes felt like.

The planned assassination of the president runs a lot deeper than some disgruntled toughs; it is a huge conspiracy which is nothing new in the land of Hollywood and TV. You never really grasp a sense of how deep the conspiracy goes but therein lays the greater mystery.

The show can occasionally be a little heavy; especially considering most viewers will be looking for light-hearted Saturday night TV. However, it is a fun political thriller and if you stay alert you will truly appreciate it.