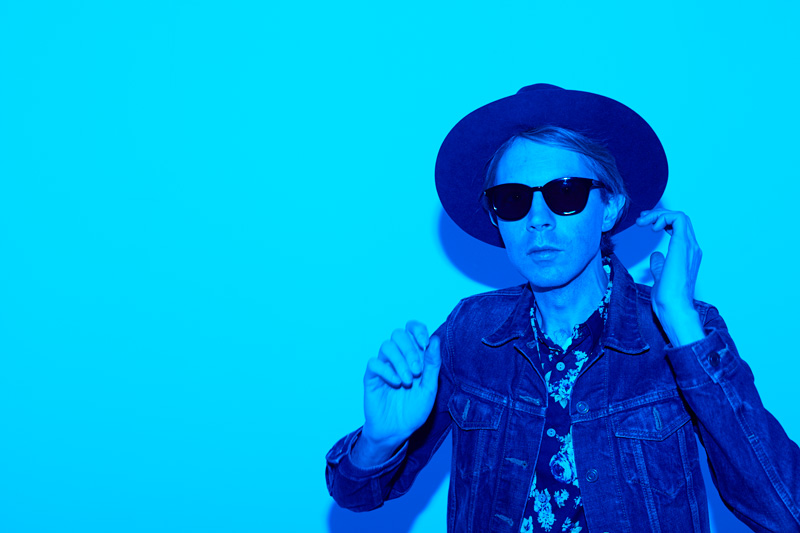 Beck is a very versatile artist who has changed his musical style throughout his various albums. Newly released ‘Morning Phase’ carries on proving how adaptable a musician he really is. His new LP has been highly anticipated, which is not surprising after a 6 year gap between releases. Was it worth the wait? We definitely think so…

‘Morning Phase’ has been labelled as the sequel to ‘Sea Change’ – the “breakup” album Beck released in 2002 after splitting with his partner. I feel the same about these two albums as I did about Terminator, Back to the Future and The Godfather. The sequel is so much better than the original!

There are so many underlying elements and emotions suppressed in ‘Morning Phase’, all executed with musical capability and intimacy. The album is mostly instrumentally driven; with Beck using compelling sounds which blend perfectly with his poetic lyrics and haunting voice.

The general feeling of the LP is quite clouded; it is difficult to put a finger on an emotion. The LP starts eerily with instrumental track ‘Circle’ and then drags itself into ‘Morning’, quite literally creating the feeling you’re waking up, almost like Beck is from his long “hibernation”. Although ‘Morning’ does directly relate to the start of the day, it is also symbolic of the new era in Beck’s life/career. This can be heard in his lyrics, especially when he beautifully utters, ‘But can we start it all over again? This morning.’

The album seems to tell a story, but it’s a puzzle. You’re given all the pieces, it’s just a case of piecing them together. This album seems to be full of confessions. Half way through the LP we hit mid tempo songs such as ‘Don’t Let It Go’, ‘Blackbird Chain’ and ‘Country Down’. These songs provide a much needed contrast to the feelings of darkness and mystery which are so easy to get absorbed in at the start of the album.

‘Morning Phase’ ends with more references to rebirth and new beginnings in the song ‘Waking Light’:

‘When the morning come to meet you, fill your eye with waking light’, sings Beck.

It feels like he is referring back to the track ‘Morning’ in this song and reiterating the point about starting again and embracing that opportunity, which he has clearly done with this album. Instead of comparing this LP to his previous work, maybe we should be looking at the man behind the stories – he’s grown, he’s strong and he’s moving on.