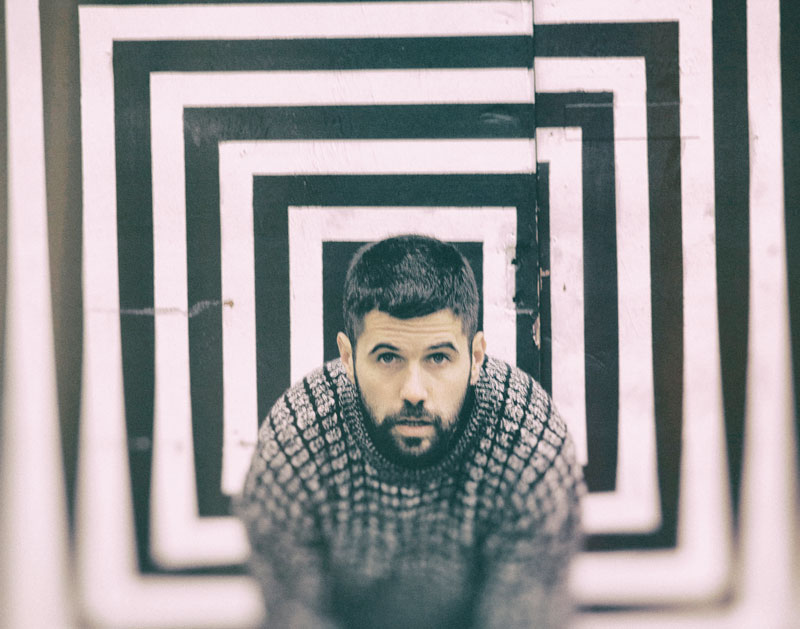 Nick Mulvey’s multicultural musical style is a little difficult to define. His infusion of genres creates a sound palette which is intricate yet incredibly easy to listen to. Although mostly self-taught, Nick has had some quite interesting musical tutors; from a Congolese community in East London to disciplined Cuban artists in Havana, Nick’s musical background almost sounds spiritual compared to some musician’s dusty “piano room” education…

Hi Nick, what have you been up to?

I’ve been rehearsing with the new band I’m putting together.

What does ‘Cucurucu’, the title of your recent single, actually mean?

‘Cucurucu’ is essentially a meaningless word; it’s more of a sound. It’s almost something a mother would say to a child. It’s just one of those words that doesn’t mean anything beyond the sound.

Did you hear Nick Grimshaw try to say it this morning? It’s quite funny doing a song that people find hard to say.

Was there any particular reason for your split from Portico Quartet?

It was time for me to take the steps I needed to as a solo artist. I have always written songs for myself and I wasn’t really doing that in Portico Quartet. We were being very creative and making lots of music that I loved, but it was only a matter of time before I needed to get back to my song-writing roots.

How has touring as a solo artist been compared to being on the road in a band?

It’s definitely quite different from being in a band. You don’t have the same camaraderie. And, obviously we were best mates and we lived together, so it was a very close project, Portico Quartet. I’ve found it quite invigorating being on my own though. It’s quite refreshing and freeing going to different cities by myself. To be honest it felt really good to make those changes, it was the change I needed, so it felt very rewarding.

Can you explain where your unique guitar style has derived from?

I’m self-taught and I’ve always liked repetitive and hypnotic qualities within guitar playing. I did have some tuition at certain points. I went to go study in Havana, in Cuba. I also went to stay with a Congolese community in London.

I’ve included flamenco and bossanova in my guitar technique, as I like to incorporate a lot of different styles. But, the most important thing for me has been teaching myself how to play, which I’ve done every day since I was a teenager.

How was living in Cuba? What was the lifestyle like?

It was amazing. I went to a Cuban music school with about a thousand people, half of them Cuban, half of them international. It was called the Instituto Superior de Arte or the Institute of Higher Arts. It was a very high-level music school, so they were very strict on how you had to study and how you needed to approach music, which was quite difficult for me as I hadn’t previously learnt like that. It was amazing though. We would just drink a lot of rum, play music and dance all night, it was a wonderful time!

If you could play anywhere in the world, not necessarily a venue, but maybe somewhere picturesque… where would it be?

Maybe an amphitheatre, no wait… the pyramids!

Where does the influence for your artwork come from?

I always thought if I could translate the finger picking of my right hand visually it would look good.  So, I used a piece of paper with square grids, with each grid representing a pulse of the music. I marked on the top layer when my thumb hits, the middle layer when my index finger hits and the third layer where my middle finger hits. I came up with a graph of what my hand does when I’m playing a guitar. I then took it to my friend who’s a designer, and he worked out different ways of representing it visually.

What can we expect from you in the future?

I’m just recording my album, so that will be out before the summer and other than that touring a lot!